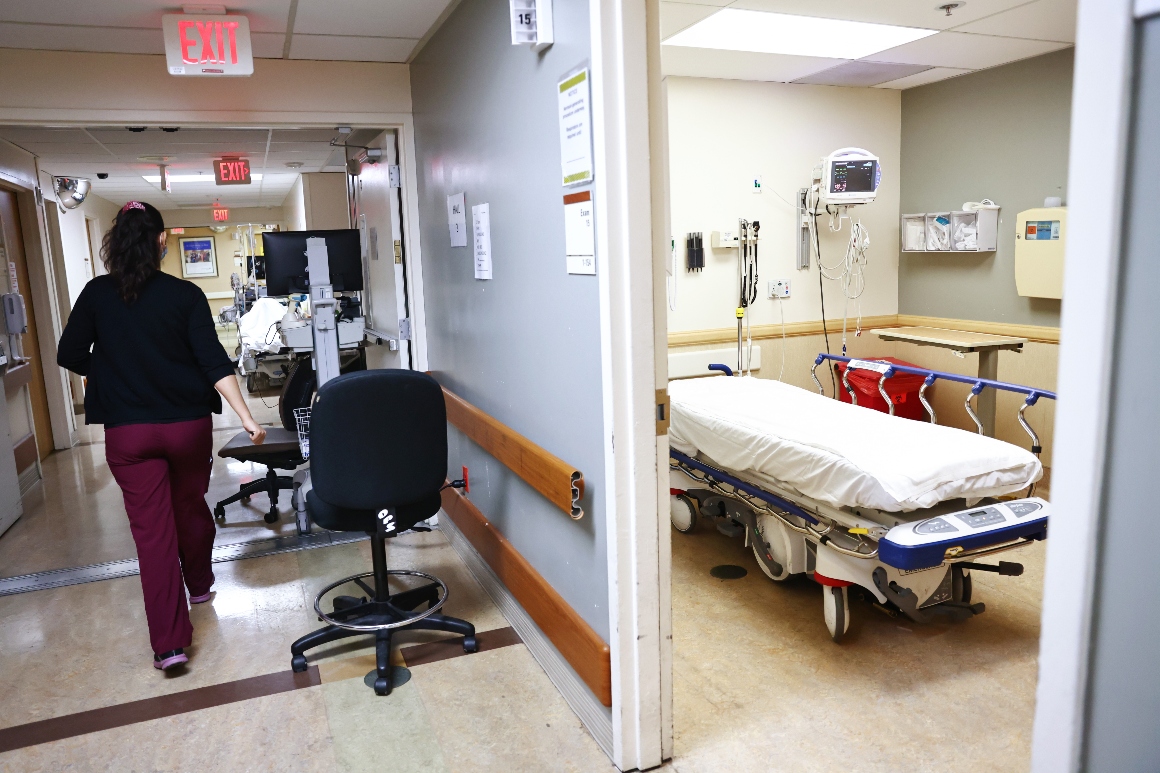 Yet the escalating crisis has had little political impact thus far, even in the southeastern states where Delta is hitting hardest. Most GOP governors and state officials who have banned vaccine mandates, mask requirements and other public health tools to fight Covid-19 are sticking with those policies. Nor has the unprecedented wave of infections in children meaningfully moved parents of school-age children; nearly 60 percent said they opposed mandating shots for kids attending school in person, according to a new survey by the Kaiser Family Foundation. And almost 70 percent of Republican parents told pollsters they continue to oppose school mask mandates.

In the face of this inaction, doctors and health officials are struggling to deal with the growing number of sick children.

“We’ve got problems pretty uniformly everywhere,” said Mark Wietecha, CEO of the Children’s Hospital Association. “Most of our children’s hospital intensive care units, if they’re not near capacity, they’re at capacity. We have kids in the emergency department on gurneys.”

When Covid infections surged in adults last year, hospitals delayed elective procedures, commandeered beds normally used for other patients and brought in temporary staff from other states. Many facilities are returning to those tactics with cases in adults once again rising. But most of those strategies are difficult or impossible to apply to treating children, Wietecha said. Pediatric patients require specialized staff and equipment — and for them, virtually no procedure is elective.

Even as pediatric cases spike, doctors and scientists say there is not enough evidence to determine whether Delta causes children to become sicker than earlier Covid variants did. The overwhelming majority of children who contract the virus don’t require hospitalization, and pediatric deaths still make up less than one-tenth of one percent of all pandemic deaths, according to the CDC. Although states normally take longer to investigate pediatric deaths, creating a lag in that data, it’s not enough to meaningfully change the overall conclusion that Covid-19 remains far more dangerous for adults.

Still, there is growing concern among health professionals that more children are showing up in worse condition than at any previous point during the pandemic. And children’s hospitals were already struggling as 2021 began — having lost staff and space as states rushed to deal with previous Covid surges in adults, leaving facilities for kids unable to handle even a small surge in pediatric cases.

Conditions are worst in rural states like Arkansas and Mississippi, where there is often only a single major children’s hospital, vaccination rates for adults and teens are low, and the start of school has already fueled outbreaks. Children’s hospitals are strained to the breaking point, according to Jose Romero, Arkansas’s health secretary, who said his state is “a bellwether, if you will, for what’s coming to other states.”

Patients at Children’s of Mississippi hospital in Jackson often have to wait hours in the emergency room for a bed to clear because the facility has been slammed with RSV and coronavirus cases. In recent days, the hospital has had between 13 and 16 kids with Covid admitted at any one time — about twice the number it saw during January’s peak, said pediatrics chair Mary Taylor.

She said people are wrong to assume that Delta isn’t a threat to children, especially if they are in crowded schools without masks.

“It’s misleading because during the first go-round, there were children with zero symptoms,” she said. “Now, they are more symptomatic and are at far greater risk of spreading it and they seem to be getting sicker.”

Most children in the hospital are unvaccinated because the shots are only available for people 12 and older. In a letter to the FDA last week, the American Academy of Pediatrics pleaded with the agency to move faster to allow Covid-19 vaccines for children 11 and younger. The organization’s own tracking shows that the number of new infections in kids nearly doubled between the last week of July and first week in August, topping 71,000. It’s the biggest week-over-week increase since the start of the pandemic.

“We’re all holding our breath as school starts because we know schools can be a place where respiratory viruses take off like wildfire,” said Buddy Creech, chair in the Pediatrics Department of Vanderbilt University Medical Center, whose children’s hospital is experiencing record admissions.

Some hospital systems and provider groups are begging schools to implement mask requirements to stem the tide of cases. On Tuesday, Arkansas Children’s Hospital joined other hospitals and medical organizations in a letter asking all schools in the state to mandate masks for everyone regardless of vaccination status — something school districts can do because a judge blocked a state ban on mask requirements.

“When it comes to hospitalizations right now, about 19 percent of our cases are adolescents, which is higher than it was when the first version of the virus came through,” said Arkansas’ Republican Gov. Asa Hutchinson, who signed the mask mandate ban but later said he regretted doing so. “That increase in cases among adolescents is a concern, because it just takes a few more hospitalizations to really make it challenging for our children’s hospitals to provide the adequate care.”

Hutchinson said the Biden administration sent a federal team to Arkansas to evaluate its hospital capacity, make recommendations, and provide some resources, but he’s worried it won’t be enough.

“They indicated that if we need more support, they will make that available to us, but I know there’s limitations on that,” he said.

Yet even as infections spike and children’s hospital capacity dwindles, few conservative policy makers are reconsidering their opposition to mask mandates and other steps experts say would make a difference in curbing the spread of the virus in schools.

“There’s no need to require masks in schools at this time,” South Carolina Gov. Henry McMaster told reporters on Monday, accusing the media and scientists of “exaggerating, engaging in hyperbole and unnecessarily alarming people” about the threat to kids.

McMaster and other GOP leaders have argued the decision to wear a mask and get a vaccine should be up to individual families, but many parents remain unconvinced as well.

According to the Kaiser Family Foundation’s new poll, 20 percent of all parents and 40 percent of Republican parents say they will “definitely not” vaccinate their 12-to-17-year-olds, who are currently eligible for the shots. And only a quarter of parents of children ages 5 to 11 said they would get their kid vaccinated once federal regulators allow it.

A separate poll conducted by Republican messaging specialist Frank Luntz and the health-focused de Beaumont Foundation found a similar partisan divide over requiring vaccinations for students, but saw evidence that the recent spread of the Delta is forcing parents to reconsider mask requirements. Nearly 85 percent said Delta made them more likely to consider supporting a mask mandate in schools.

Still, pessimistic about a dramatic change in public behavior or state policy, hospitals are looking to the federal government for help, asking for more resources for children’s hospitals as part of Democrats’ $3.5 trillion reconciliation bill that could become law in the early fall.

“We don’t have enough caregivers or beds,” said Wietecha, the CEO of the Children’s Hospital Association. “We just don’t have surge capacity, as you can see right now. We will not fix that overnight, but unless we get started, we will never fix it.”

Rachel Roubein contributed to this report.