DirectorChristopher Nolanaccused the study on Monday Warner Bros of not respecting the will of filmmakers, producers and other creatives in making the decision to release all 2021 films directly through their new live streaming platform due to the pandemic.

“What is in our business now is a great use of the pandemic as an excuse for short-term benefits. And it is really unfortunate “, declared the director in an interview with the magazine Entertainment Tonight.

Nolan explained that the film studio, with which he has worked in recent years, made the decision unilaterally and without counting on the teams involved in the creation of the films.

“There is so much controversy around that because they didn’t tell anyone,” he said.

The strategy, after countless delays and release delays, has rocked theaters and affects big-budget projects like the new “Dune,” the fourth film in “The Matrix,” «Godzilla vs. Kong» and “The Suicide Squad.”

It’s very, very, very, very chaotic. It’s about how you treat the filmmakers, the stars, and the people who have given so much for these projects. They deserved to be consulted and told about what was going to happen with their work, “he added.

In addition, according to the director of «Interstellar», the WarnerMedia group, owner of the studios, would be taking advantage of the situation of the pandemic to develop an aggressive promotional strategy in favor of HBO Max, its newly launched live streaming service that throughout 2021 will reach other countries to compete with Netflix.

A few months ago, Warner Bros. risked releasing a blockbuster like “Tenet,” Nolan’s latest film, on the big screen after months with theaters closed due to the new coronavirus. 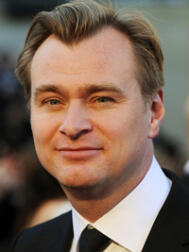 The commercial strategy did not work well in the US, where it has grossed only $ 57.4 million, and was taken by the studios as a warning to sailors (in the rest of the world Christopher Nolan’s film scored 300, 4 millions).

Now, after its change of strategy, the production company Legendary Entertainment, which financed the filming of the new «Dune» and the new «Godzilla», is considering filing a lawsuit against the studios because it did not participate in the decision on the new commercial strategy of the film it financed.