Conditions like in Moscow or Beijing? Tories under fire 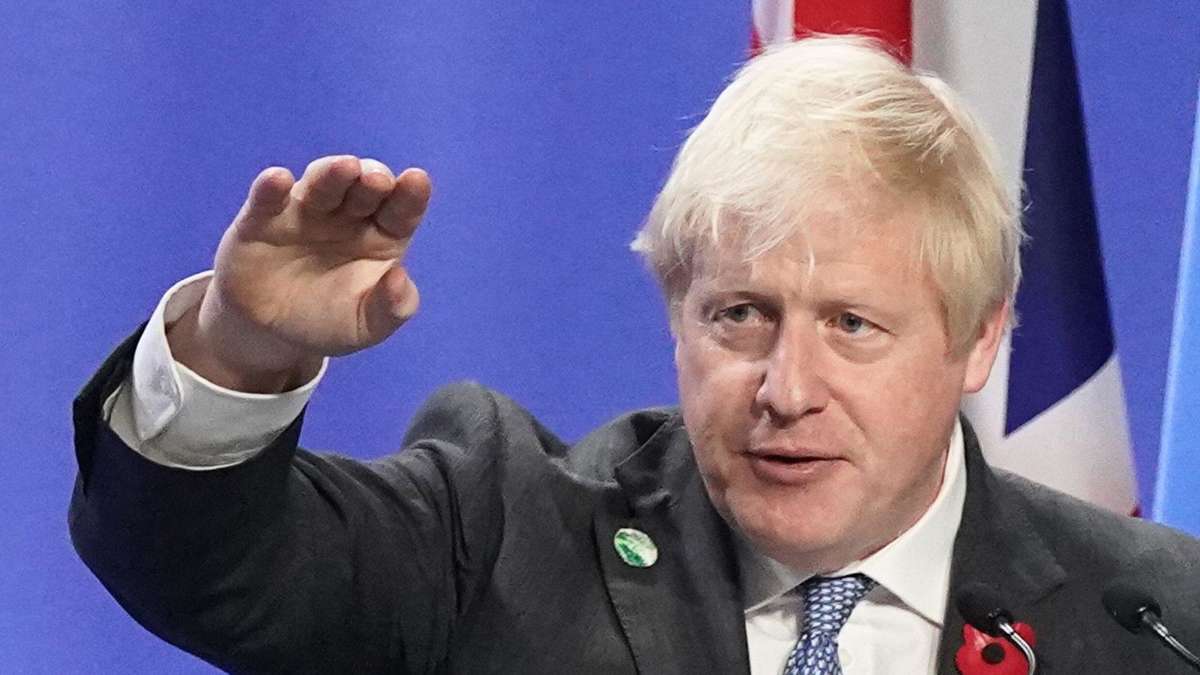 For a long time it seemed as if Boris Johnson could not harm Boris Johnson. But now it’s getting uncomfortable. The attempt to protect a corrupt MP from punishment backfired.

London – “Shameful, false and unworthy” – with these words the former Conservative Prime Minister John Major described the behavior of the current government in Great Britain.

Since last week there has been almost only one topic in the British media: the conservative Tory party and its relationship to the principles of democracy and the rule of law. It is about more or less obvious corruption, the abuse of the parliamentary majority to change rules for your own benefit and a lack of respect for the law and the truth.

Boris Johnson had almost gotten used to these allegations. Nothing seemed to be able to harm the blond politician. But that may have changed now.

The barrel overflowed Johnson’s attempt to protect a corrupt MP from punishment. Owen Paterson was to be sentenced to a 30-day suspension from parliament for paid lobbying. But the prime minister did not want to accept that and decided instead to overturn the entire disciplinary procedure for MPs in order to create a way out for Paterson. The opposition was simply outvoted.

But the plan was flawed: the opposition parties simply refused to join a Tory-majority body to shape the new rules. It didn’t work entirely without a fig leaf after all – the government had to turn around. Paterson resigned from office. But the debate took off, even if Environment Minister George Eustice dismissed it as a storm in a water glass.

In Major’s eyes, the Johnson administration’s actions in the Paterson case are not unique. The Conservatives had adopted a landlord style, said the ex-prime minister of the BBC at the weekend. “It has to stop, it has to stop soon,” said Margaret Thatcher’s former successor. He was particularly concerned about the government’s disregard for law and order, for example when parliament was simply to be shut down for several weeks in 2019 to prevent unpleasant legislation. Major also pointed out the planned breach of the Northern Ireland Protocol, which is binding under international law.

Part of the problem is that there is no written constitution in the UK. With a simple majority, the foundations of democracy and the rule of law could in principle be undermined. That this does not happen is left to the principle of hope – this is also called the “good-chap model”. This is based on the assumption that the majority of decision-makers will always advocate the principles of the rule of law and democracy. But are Boris Johnson his conservatives still “good chaps”? There are now doubts about that.

“His strategy is to devalue the rules so that they no longer matter to anyone,” said opposition leader Keir Starmer during an extraordinary debate on the Paterson case on Monday about the prime minister. Johnson avoided criticism by simply staying out of Parliament. 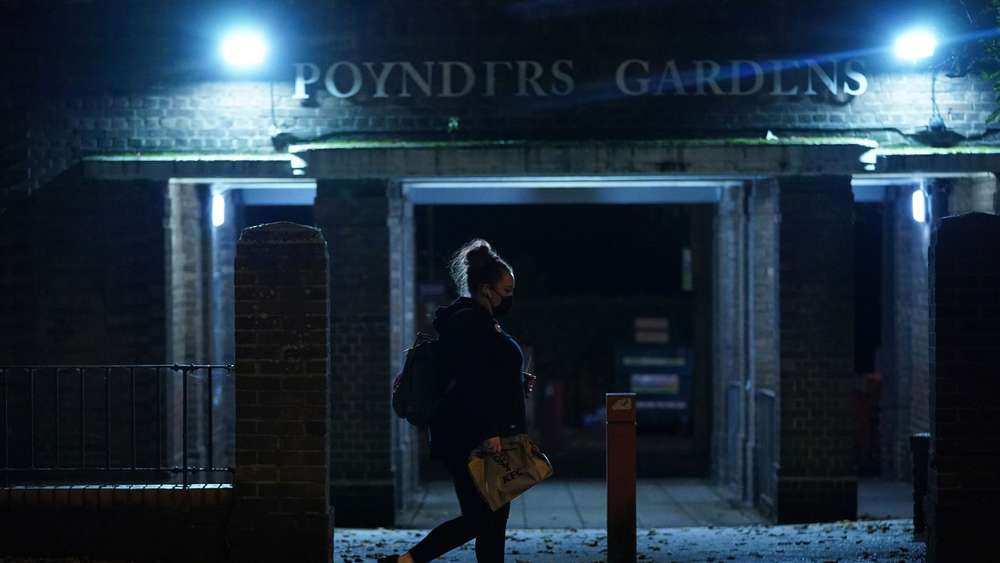 What can women do when they feel threatened? Women’s rights activists find the advice of the London police “downright ridiculous”. The problem is not female failure, but male violence.

The investigative committee of the Mainz state parliament on the flood disaster with 134 dead in northern Rhineland-Palatinate in mid-July started its work today. The constituent meeting (4 p.m.) in the state parliament building is not open to the public. The chairman Martin Haller (SPD) wants to report briefly on the first meeting afterwards. 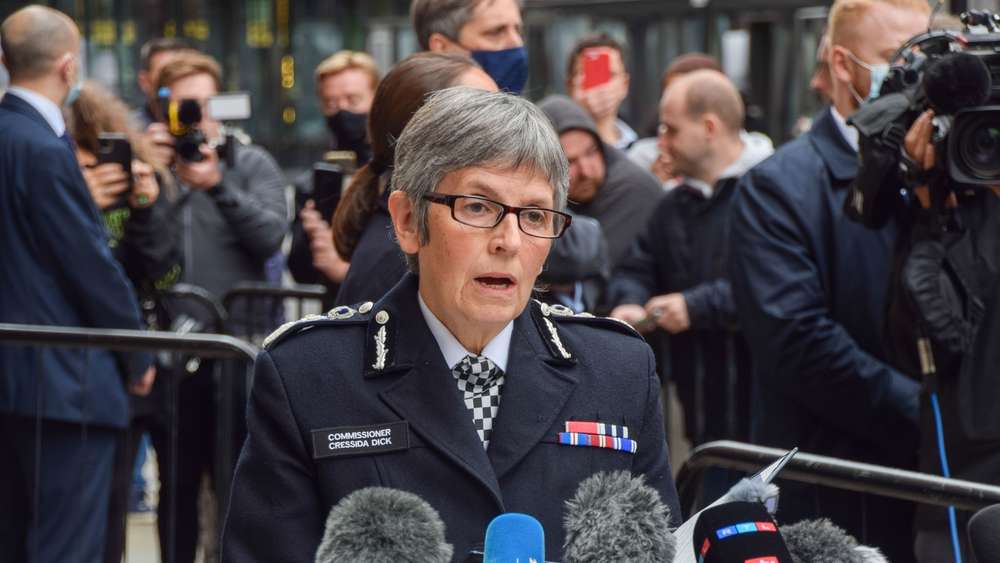 Is Sarah Everard’s killer just “a bad apple” in the British police force? Numbers speak a different language. Top officials announce investigations and reforms. But does that help?

In fact, the conservative party leader himself also offers a lot of open ground when it comes to compliance with rules and standards of conduct. Johnson kept making headlines with false claims. For example, shortly after the conclusion of the Brexit agreement, he announced that there would be no goods controls between Great Britain and Northern Ireland as a result – knowing full well that this was exactly what he had negotiated in the contract.

Johnson is also not embarrassed when it comes to living out his penchant for a luxurious lifestyle. Immediately after his election victory in December 2019, he and his partner traveled to the private Caribbean island of Mustique. The free luxury stay worth 15,000 pounds (17,500 euros) was organized by an entrepreneur friend of mine. A violation of the rules of conduct was not found at the time. Johnson was only reprimanded for failing to make the details of the deal more transparent.

As if that had encouraged him, he recently took a free vacation to a friend’s luxury villa in Marbella, Spain. He had previously lifted his party colleague to the House of Lords after he had applied unsuccessfully for a seat in the House of Commons.

Research by the “Sunday Times” suggests that lifelong membership in the House of Lords could be had in return for gratitude. According to this, 15 former Treasurers of the Conservative Party each donated three million pounds (3.5 million euros) to the Tories – and received a seat in the House of Lords at the instigation of the government.

The Liberal MP Wendy Chamberlain said in the debate on Monday about the government’s actions: “This is almost the kind of behavior I would expect from the Duma in Moscow or the People’s Congress in Beijing, not from the British House of Commons.”