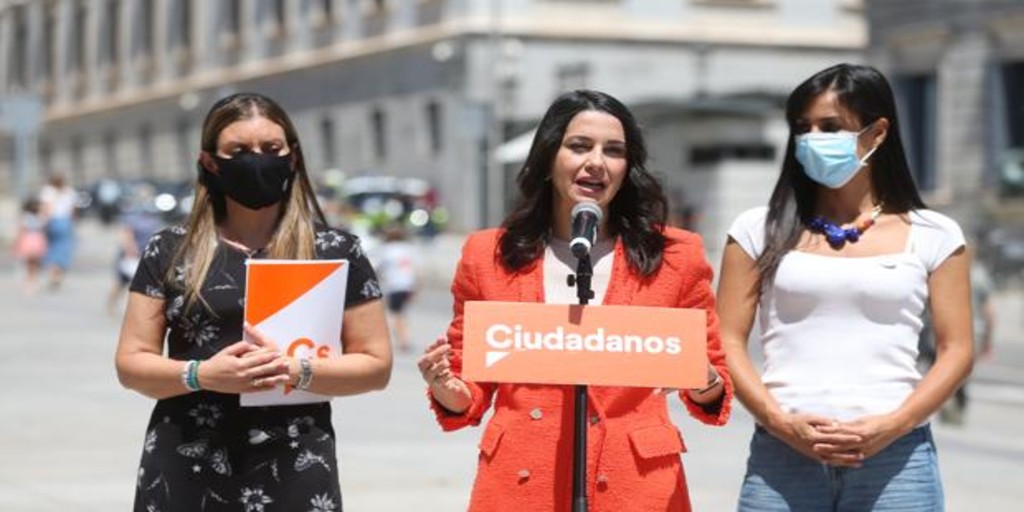 Critical affiliates of Ciudadanos have presented their candidacies for the internal elections to the General Council, which are held next Friday to cover the 23 vacancies that have remained in this body in recent months, and they have accused the party leadership of making it difficult for militants to participate in this process.

Although the nomination of the candidates is individual, some of those who present themselves do so as members of Renovadores Cs, a critical current that has long been demanding that a new General Assembly be held because it maintains that the political convention of July 17 and 18 , promoted by Inés Arrimadas to “relaunch” the party, will not serve to approve strategic and ideological changes.

This group considers that the Executive Committee headed by Arrimadas has demonstrated its “null respect for the electoral and participatory processes” of Ciudadanos due to the way in which it has organized the elections to the General Council, the party’s highest body between congresses.

Specifically, they censor the communication “With less than five hours in advance” that affiliates who wish to present themselves have a period of 24 hours to do so, from 10:00 p.m. on Tuesday to the same time on Wednesday.

As if this “were not enough of an outrage against participatory democracy, July 2 is set for voting and from 8:00 a.m. to 6:00 p.m., that is, a working day during a working hour,” says Renovadores Cs in a statement. who sees “evident” that the Executive Committee “It intends to make it as difficult as possible for affiliates to participate in these elections.”

The electoral call was approved by the General Council in the ordinary meeting held this Tuesday at 10:00 am, of which the party had not previously informed the media.

Cover the 23 casualties in the General Council

This process was mandatory since the Statutes of the orange formation establish that if among the 125 councilors who are elected members of this body there are a number of vacancies that represent at least 10 percent of that total, elections must be called to fill them. In this case, the 23 casualties represent just over 18 percent.

The last time the General Council was renewed was in the General Assembly held in the spring of 2020, but over the months there have been casualties, many of which correspond to positions and members who have left the party due to discrepancies. with the current address.

To choose to fill the 23 vacancies, any member of Cs with a minimum seniority of 18 months can present their candidacy and on Friday they will vote electronically between 8:00 and 18:00. Those elected may take up their positions at the next meeting of the General Council.

In addition to showing its disagreement with the way in which these elections have been organized, Renovadores Cs has warned that the vote, which will be carried out through the party’s website and will be supervised by the Guarantee Commission, lacks “the due guarantees ». “There are no ballot boxes, no census, or auditors to ensure transparency and cleanliness” of the process, he indicated.

Despite the distrust generated by all this, these critical militants will present 15 candidacies. They promise to work for the celebration of an extraordinary Assembly that “culminates the re-founding of Ciudadanos to return the illusion and prominence to the affiliates” and “regain credibility with the Spanish.”

Likewise, they will propose that the votes to decide the composition of the party’s organs be carried out through an open list system in which each elector has a minimum of votes equal to two-thirds of the places that must be filled to be assigned to individual candidates, in accordance with a way that “the different sensitivities of the party” can be represented and that “51% of the party cope with 100% of the internal organs”.

Finally, Cs Renovators, among whose promoters there are several former deputies of the Parliament of CataloniaLike Antonio Espinosa, he intends to replace telematic elections with face-to-face voting with the presence of non-party auditors and eliminate the ex officio delegates of the General Assembly so that all the representatives who participate in this meeting are chosen by the militancy.

Other affiliates outside the government sector who have already announced their candidacy for the General Council are Juan Carlos Bermejo and Víctor Gómez Frías. The latter regretted that these elections were not called earlier, at the time when 10 percent of vacancies were exceeded, that the census figure is not available and that the voting system is not audited.

Likewise, he has criticized the short notice with which the beginning of the deadline for submitting candidatures has been announced, as well as the period of time set for voting “online, without scrutiny, or auditors, or controls.” “Cs cannot champion democratic regeneration if, in its internal functioning, the Executive persists in autocratic forms,” ​​he pointed out.

Igea will not run

Meanwhile, the vice president of the Junta de Castilla y León, Francisco Igea, who in February 2020 competed with Arrimadas in the primaries to lead Ciudadanos and who currently does not hold any organic position, has said that he will not run to be a member of the General Council .

He has justified his decision because he is now “completely focused” on his work in the autonomous government and because he believes that “it is time for unity and reflection” in Cs and he does not want his candidacy to be interpreted “in the wrong way.”

However, he has encouraged the militants to participate in the renewal of the organ, trusting that, “despite the urgency, the election will be held with the necessary guarantees.” “I hope that our next convention will serve to convey to citizens the liberal and regenerative message that our party represents,” he added.