Crossfit continuously stimulates the body, which is why results are achieved so quickly 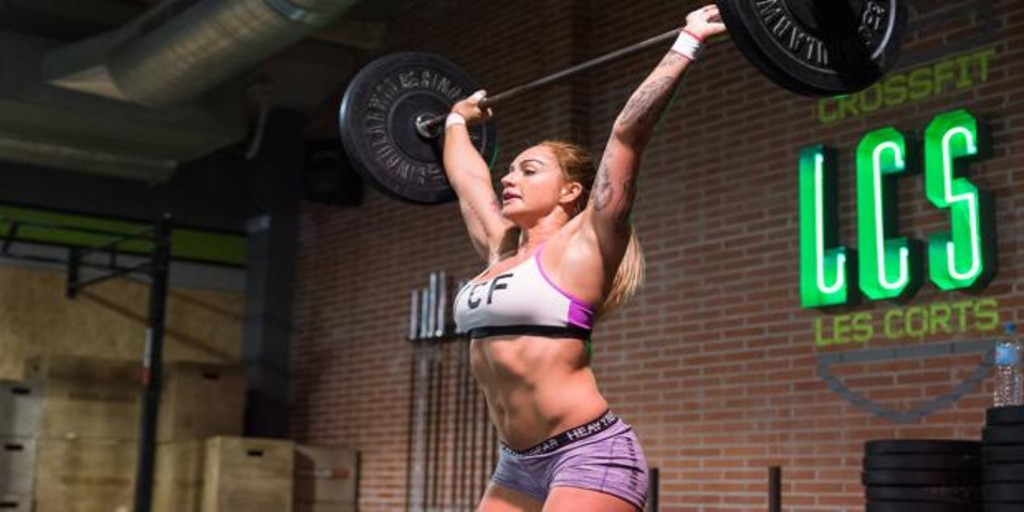 Ten years ago Nat Díez, country manager and seminar staff of Crossfit Spain, took a 180 degree turn in his life to dedicate himself body and soul to Crossfit. Despite his parents having a traditional gym and having played sports all his life, he had never engaged in it professionally. In fact, his occupation was another: art design in advertising agencies. However, he decided to change direction and start training in what he really liked: sport. Although it was not until his departure to the United States that he discovered Crossfit. One day he passed in front of a box, he saw some guys hanging from some bars doing pull-ups, he liked it and he went to try the next day. The rest is history. Soon after, Level 1 was taken out and continued training, but when he returned to Spain there was no work in this discipline. It took two and a half years to get a job as a Crossfit coach.

How has the pandemic affected the Crossfit boxes?

In a very positive way. It’s funny, because it is true that we have gone through a super hard time, but the reality is that now that we are coming out of all this, there is a spectacular ‘boom’. Above all, not so much the profile that there was before, which were people who did sports, who got bored with the gym and said to try Crossfit, but people who come from not exercising and have realized that it is important. In this way, the trend is that the boxes are with an even greater number of customers than they had before the Covid. And it is true that gyms have been able to stay by the wayside, but the propensity, in general, is very positive and I predict a very good future for our members.

Traditional gyms teach crosstraining, which is not Crossfit, but tries to imitate it. Why go to a Crossfit box and not to a traditional gym?

There is room for everyone here. The founder of Crossfit created a mix of different disciplines that no one had ever managed to do before. I do not feel in power to define what is the crosstraining that they sell in other sites. I know what we have and what we sell, which is a training method that develops the ten general physical skills that other training methods such as cross training do not want to include. For example, weightlifting or gymnastics of the highest level, we do incorporate it because we understand that it develops skills that are important to be complete. But not only that, but we also offer a nutritional pre-registration, because we consider that fitness is a shield against chronic diseases. And that’s where our belief comes from: it’s not just a training system, it’s an all-encompassing lifestyle; performance and health markers.

Health for us is basically fitness throughout life, because we can be in shape for a year, because that is relatively easy, but the goal is to seek longevity. Likewise, it is better for people to go to a traditional gym to do cross training than to be sitting on the couch.

Does this intrusion feed the legend that Crossfit is very harmful?

This is something that happens in all sectors, it does not even have to be in sports. But for years we have had a fight at the legal level that, luckily, was already recognized and punished, because studies had been published, which were not truthful, on how harmful Crossfit could be. For me, the reading is very simple: Crossfit is not harmful, the professional who does not teach correctly is the one who causes his clients to injure themselves.

Do you think that the Games scare instead of attracting?

I do not think it scares, attracts or rejects, but there is simply a comparison that is wrong. It’s like the ‘strongman’ people, who you see moving trucks, or weightlifting. We are basically talking about the top of the pyramid, in which 0.00001%, who are genetically predisposed to have that virtuosity and that sports performance, achieve it. Obviously if you go to Google and search for Crossfit and see the bodies out there and the competitions out there, you’re going to say, “This is not for me.” But the people who are on the street, like the owners of the gyms and us, understand in a responsible way what climbing is like and that the boxes are actually full of normal people who do Crossfit. In short, I cannot compare myself with the people who are in the Olympics, it does not make any sense.

So is Crossfit getting back to its core? Focused more on the fitness of the street person than on elite athletes.

Since I have been working for the company for so long, for me it is something that has always been there. It may be, yes, that now, having so many communication channels, we show many more stories from each of the boxes, of people who were obese and lose kilos, others who have a disease and can train … The fact of communicating more this reality is giving more awareness that truly those stories are there; it is the lack of communication that has made the Games dazzle us.

How would you assess the health status of the Spanish population?

We are pretty bad, honestly, I’m not going to fool you. There is a lot of data on this subject and we can say that at least 80% of annual deaths in this country are caused by some chronic disease. Some of the chronic diseases can be caused by some genetic component, but there are many others that we cause ourselves, especially with bad habits, among which is food. How many cases are there now of diabetes? Before there weren’t that many. Also Alzheimer’s is super related, in fact, colloquially called type 3 diabetes, because it is closely linked to high carbohydrate intake. If 80% of our population, in some way, has some pathology that is related to this and a large part of the public health expenditure is destined to the treatment of these chronic diseases, which almost all could be prevented and reversed, I understand that we are not in a position that is said to be healthy.

Many people tend to understand exercise as temporary for bikini surgery and think that running on the treadmill or doing ten thousand steps will achieve better results than doing strength exercises.

We are in the world of immediacy, we want everything now and social networks greatly accentuate this perception. But the reality is that longevity cannot be built immediately and health is something that passes through the years. It is true that with cardiovascular exercise you can lose body fat, but it is also true that by moving weight you can lose body fat. Apart from that, you will also gain muscle tone.

There is a misperception of what can be done with strength work that, personally, I think everyone should do, especially older people, because muscle breakdown increases with age and bone density increases as well. Moving weight is health, which happens that requires a little effort.

When I started Crossfit I noticed that my body changed much faster than with other sports. Why is this?

Yes, this has a reason: our specialty is not to specialize and when looking for this principle, what we use is variety. For this, you basically have to be stimulating your body continuously with exercises that it normally does not do. For example, you realize that you live all day with soreness, but that is because your body is adapting all the time. This is why you get such quick results, because you are continually stimulating the body.

When doing spinning, for example, I am always working the same movement pattern, with the same durations and, therefore, it may be that at first it improves, but then my adaptations are not going to be the same, they are going to be much slower. We avoid that, we avoid routine, because we understand that any routine, no matter how complete it may be, is always going to have some state of non-adaptation at some point.

Why would you tell someone who has never played sports to join Crossfit?

It depends a lot on the person in front of you. But in the end if you want to be prepared for what life is offering you, if you want to be able to carry the shopping bags, keep going up the stairs, catch your child … There are so many people who cannot take their child because they cannot it has strength.

Many times, adults do not like sports because in their youth or childhood the way in which they were taught it has made them believe that they do not like it. I also train trainers for Crossfit kids and the first objective of this program is for children to have a positive, healthy and fun relationship with sport. Therefore, to those people who have never exercised, I would not say that they are going to have a great time, I would tell them that here they will gain functional capacity so that they can perform in their day-to-day lives. And the rest will be done by Crossfit, because you know that you come in with an idea and then you get hooked.

And why are you hooking so much?

Because of the variety: you are not bored, there is always a challenge … and then, for the community. On the one hand, there are few sports that offer you something new every day. Above all, the first year of Crossfit is what I call the honeymoon, because every time you go to class, you do something that you had not done in your life and that you did not know you could do; everything is positive. Then over time, obviously not, but the psychological aspect comes into play, which is what really hooks you.

Apart from that, there is the community; It does not matter which box you are in, even if you arrive new, everyone greets you as if they have known you all your life, they know your name … and that is something that we have not experienced, because we always treat each other like strangers: you in the traditional gym you don’t stop to talk to someone. But in the end we are animals that need to be in a herd and, therefore, that sense of community is what definitely hooks you. 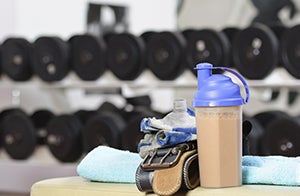