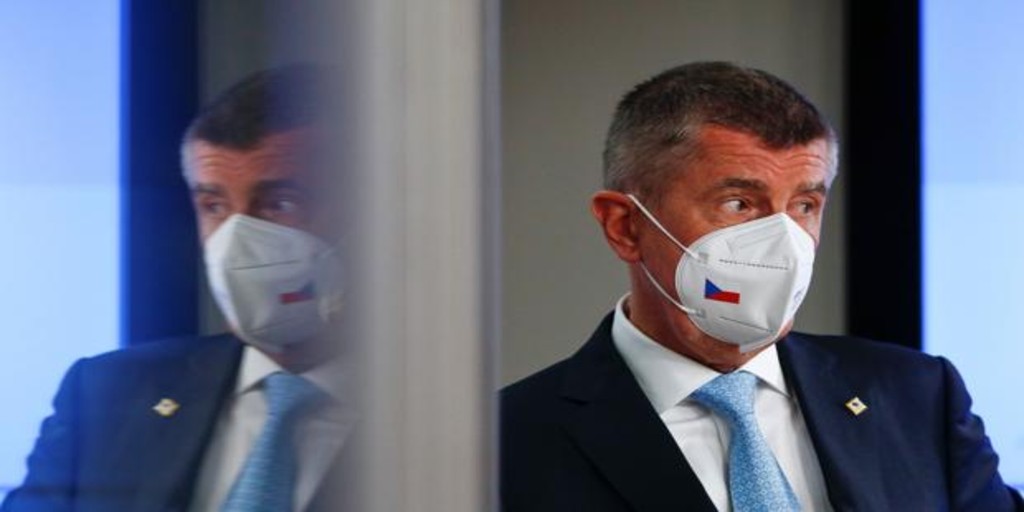 He is the second richest man in the country and heads the Czech Government. Forbes quantifies his fortune at about $ 3.4 billion, which makes him one of the 600 richest men in the world. He already had to resign as Finance Minister due to a corruption case and the Prosecutor’s Office finally closed the case. Now the police are recommending that he be charged with fraud because one of his companies obtained 1.7 million euros from the European Union irregularly shaped. If the prosecution is successful, this could be the end of the political career of Andrej Babis.

The recommendation is part of the conclusions of the police investigation, as announced by the spokesman for the Prague Prosecutor’s Office, Ales Cimbala. It is not clear when the Public Ministry will make a decision, but it will not be from today to tomorrow, because the summary is about 34,000 pages. The case centers on a luxury agrotourism project called “Nido de la Cigüeña” that received 1.7 million euros from the EU in 2007, after its ownership was transferred from the Babis-owned Agrofert industrial conglomerate to members of your family. European aid was intended for small and medium-sized companies, so Agrofert would not have been able to receive them. But after the aid had been pocketed, the company rejoined the conglomerate and continued its activity as part of it.

This same case was already investigated by the European Union Anti-Fraud Office (OLAF), which found “Fraud and irregularities” in the granting of funds community. Last April, an audit by the European Commission concluded that Babis fell into a conflict of interest due to his relationship with the trust company that controls Agrofert since 2017, so that all the EU aid granted to the company, which in total amounts to about 11 million euros, are considered irregular and must be returned. The Czech Prime Minister, however, has rejected any conflict of interest and relied on the fact that the audit had been “rigged” by his political enemies. “What is good for Agrofert is also good for Czech farmers … And what is good for our employees is also good for all citizens of this country,” was his response to a journalist who asked about the conflict of interest. between his role as a businessman and his position as Minister of Finance.

Babis was already a successful businessman before entering politics and has not abandoned his business activity while leading the Czech government. It has, in fact, control of the ownership of the two main newspapers in the country, in addition to various radio and television networks, and it is the largest employer in the country, with 34,000 workers hired by its companies. It was in 2011 when he founded a new populist party Alianza Ciudadana de Discontentos, ANO, with which he reached number two in the coalition government in 2014. In October 2017, already nicknamed “the Czech Trump”, he won the general elections . Long before all this, Babis was a member of the Communist Party of Czechoslovakia and represented its government during the negotiations with the GATT in Geneva. After the fall of the Berlin Wall and the collapse of communism, he founded the chemical company Agrofert in Prague from the parent company Petromex and bought several privatized companies at bargain prices with which he formed a holding company to which more than 250 firms belong. His biographer, Jakub Patocka, claims that he “built his fortune using bespoke European grants.”

The Police already recommended indicting Babis in 2019, but the prosecutor in charge then decided to close the case. That decision was later reversed by the chief prosecutor, who assured that there was insufficient evidence neither to close the case nor to press charges. The intermediate solution was to entrust the police with a new investigation into the alleged fraud, the result of which now leads the police to recommend his indictment.

Although it seems clear that he has benefited quite a bit from the EU, Babis is against the single currency, the multicultural society and the reception of refugees. During a visit to the White House in March 2019, he expressed his support for Trump and declared that he had a similar plan “to make the Czech Republic great again.” On social media, in fact, he was presented with a blunt cap that read “Silné Česko” (“Strong Czechia”), although after the assault on the Capitol he joined the rest of the EU to express his “shock” and qualify what happened as “an unacceptable and unprecedented attack on democracy.”

In a country with one of the lowest unemployment rates in the EU, 3% before the pandemic, and a healthy growth of 4.7% until the coronavirus arrived, Babis seized power thanks to an aggressive speech against Europe and against Arab immigration, despite the fact that in the Republic In the Czech Republic there are practically no immigrants and hardly any Muslims.