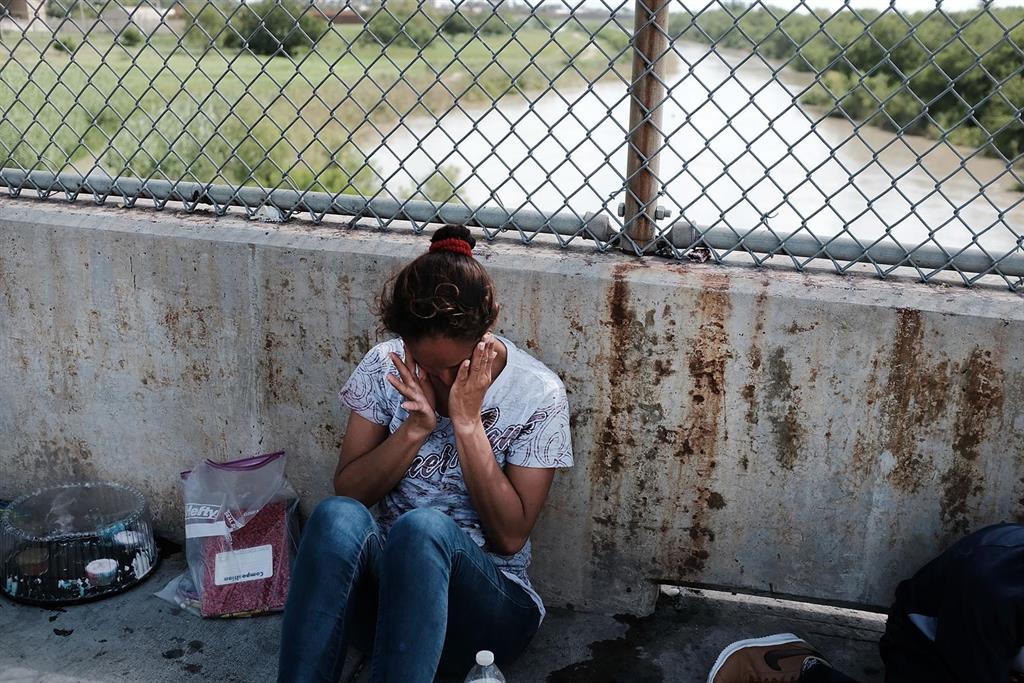 Violence is a trigger for migration, a risk factor during the route and continues after reaching the destination country

Being a woman and choosing to migrate entails multiple risks and challenges, different from those faced by men, and they are associated with the journeys or the reception in the host countries, circumstances that can also add to their personal baggage, their backpack of experiences and, what they decided to undertake the journey.

Women represent slightly less than half of the world population of international migrants: they are, according to 2020 data compiled by the United Nations, 135 million, that is, 48.1 percent. In addition, they have decreased from 49.4 percent in 2000 to 48.1 percent today.

In the specific case of Latin America and the Caribbean, women represent 50.8 percent of migrants. In this region of the planet, “the structures of inequality on which social relations are built have an impact on female migration,” summarizes the member of the Regional Gender Focal Point of the International Organization for Migration (IOM) for South America Alba Goycoechea.

Goycoechea, in an interview with Europa Press, differentiates between the economic context and gender relations to shed light on why women migrate. Regarding the economic context, the expert highlights that the lack of opportunities and economic inequalities in the country of origin are, for many women, a reason to undertake this trip.

On the other hand, gender relations also represent a motive for migration. “It constitutes, in many cases, an opportunity to achieve their economic and, in many cases, physical autonomy”, points out the expert, who has focused on the fact that women can decide to leave their homes “to escape forms of violence based on gender, denial of educational or work opportunities or denial of being able to decide about their own lives. “

WHAT IS MIGRATING FOR A WOMAN

“In a migration crisis, women must face multiple risks and challenges,” summarizes Goycoechea, calling it “difficult” to define the most dangerous route for migrant women from Latin America and the Caribbean. One of the most important factors is the dismemberment of families, especially in migratory transit, which causes “affective and protective ties to weaken.”

This, ultimately, increases “vulnerability” to “abusive and / or discriminatory practices, harassment and sexual violence and exploitation by traffickers and traffickers, among others.”

The risk of suffering from these practices does not end upon arrival in the country of destination and, on the contrary, migrants are exposed to them in host communities. “Not only because they are women, but also because they are migrants,” the IOM expert points out, warning that, if other categories are incorporated, such as ethnic, racial or sexual diversity, discrimination may be “even greater” .

In general, “the migration of women cannot be addressed without referring to violence,” says Goycoechea. “The naturalization of gender-based violence in the region constitutes one of the factors causing migration,” he reiterates. “Their journey, from the moment of departure until after having entered the final destination, is exposed to situations of gender-based violence,” he adds, including human trafficking.

In this context, Goycoechea highlights the role of support networks, both in countries of origin and countries of destination, to improve the migration experience. “These networks provide economic resources, but also information and support to the migration process,” she says, although she acknowledges that not in all cases women have this help.

DISCRIMINATION IN YOUR DESTINATION

As Goycoechea says, violence, risks and challenges do not end when they arrive in the country of destination and, in this context, women face other dangers that are reflected in their condition as migrants and women and, at the same time, they can be directed to the economic sphere.

“The experiences that migrant women live in host countries are conditioned by pre-existing gender relations in the country in question, but also on the perceptions of migration in general,” she comments, focusing on when broad social sectors they conceive of migrants as a “threat” to employment and not as “complementarity”.

At this point, we must mention the sexual division of labor between men and women that “attracts female labor mainly for jobs in the service sector and the large care industry, which in many cases are part of the informal and less regulated economy “, he emphasizes.

Thus, these women are “overrepresented in some occupations, characterized by their higher level of job insecurity, lower wages, lower social protection and lower labor rights.” Goycoechea recalls that one of the sectors of labor insertion of migrant women is personal services, particularly the care of children, the elderly, the sick and dependents and the maintenance of homes. For these tasks they are often overqualified.

According to estimates by the International Labor Organization (ILO), of the total number of paid domestic workers in Latin America, 17.2 percent are migrants, of which 73.4 are women.

On the other hand, and in the case of women who are in a highly vulnerable context, they can in many cases fall into the hands of abusive employers and experience, again, situations of physical and sexual violence.

Therefore, according to the expert, access to opportunities to regularize their immigration status and access opportunities for improvement in the labor field is therefore essential.

MAKING THEM VISIBLE, THE FIRST STEP

Asked about how the group of migrant women can be better protected, the IOM expert highlights that an important step, not only to manage mechanisms for the protection of migrant women, but also to highlight their contributions to the Latin American region, is to “make visible” migrant women throughout the migratory cycle.

That is, “understanding their economic, social and cultural contribution to the host society,” he clarifies. “Additional efforts should be made in the matter of recording migratory data, but also solid and gender-sensitive research, as well as improving data collection, acquisition and analysis measures,” he completes.

On the other hand, Goycoechea urges to continue making efforts to “eliminate all direct and indirect forms of discrimination against women in all stages of migration, including intersections, such as ethnic origin, migratory situation, sexual orientation and gender identity. , among other”.

Finally, and in accordance with international commitments, the IOM expert mentions the capacity of political leaders and decision-making bodies to guarantee that they “adequately” promote and protect the rights of migrant women in their economic and social development plans. , governance of migration and labor management.