Dani Sordo accepts the challenge of driving a car blindly 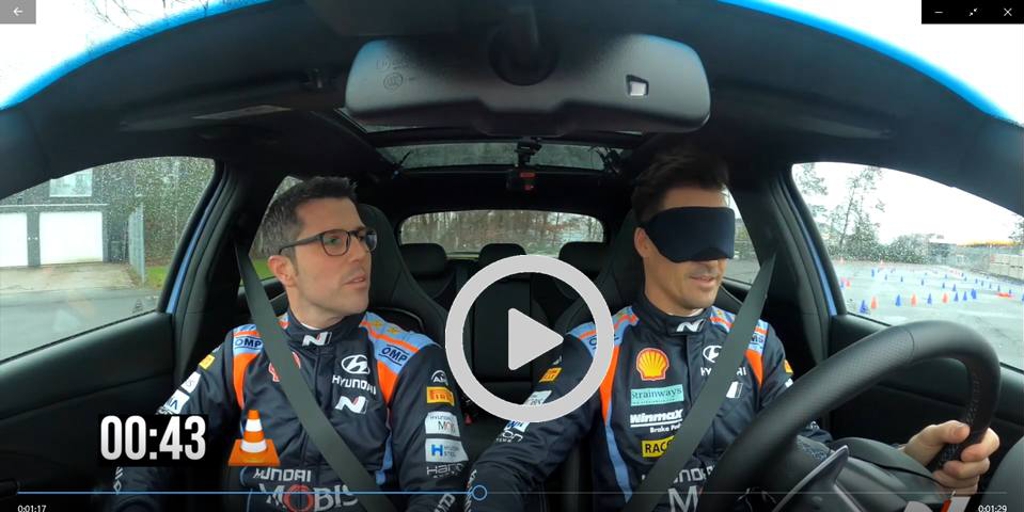 The Boat of Avila

The official pilot of de Hyundai In the WRC, Dani Sordo has faced a very unusual challenge, that of driving blindfolded on a track bounded by cones. An experience that you have lived aboard the new i30 N. To overcome it successfully, he had the help of his new co-driver, Borja Rozada, who has guided him to the finish line with simple instructions as a good travel companion.

This challenge has also served to officially introduce Rozada as the new co-pilot of Dani Sordo, who takes the baton from Carlos del Barrio after three consecutive seasons of joint venture. Borja Rozada, born in Madrid 39 years ago, is a well-known face in the Spanish Rally Championship (S-CER) and the Spanish Asphalt Rally Championship (CERA), competitions that he has won in the last two editions co-driving to Pepe López. Likewise, the man from Madrid has extensive experience in international competitions such as the European Rally Championship, the SWRC, the Junior WRC, the WRC3 or the PWRC, of ​​which he was proclaimed world champion in 2012 together with the Mexican Benito Guerra.

Rozada will have the difficult mission of matching the records of Carlos del Barrio, who has signed an excellent performance with Hyundai Motorsport in the last three seasons, contributing decisively to the two constructors’ championships won by the Korean house in 2019 and 2020. In these three years, Dani Sordo and Carlos del Barrio have been on the podium six times, including the two victories harvested at the Sardinia Rally in 2019 and 2020. Last season, the victory in Sardinia and the sealed third place in the Monza Rally were key to achieving the second consecutive title for Hyundai.

The Monte Carlo rally, the first test of the season, was the last joint performance by Dani Sordo and Carlos del Barrio, who have parted ways after winning an important fifth place. The Monegasque test also served to introduce Borja Rozada fully into the team and learn first-hand how the team works on a real weekend in the WRC. They were very important learning days in which the new co-driver attended all the team meetings and worked closely with the engineers and Dani Sordo himself. In fact, he went to the reconnaissance and went over the stages with the Cantabrian rider to fully immerse himself in the team’s philosophy and the working methods of the one from Torrelavega.

Rally Finland, to be held from February 26 to 28, It will be the first time we will see Rozada with Sordo in a WRC event. Both have already confirmed that they will be partners throughout the season.