Delia Fiallo, the ‘mother of the soap opera’, dies 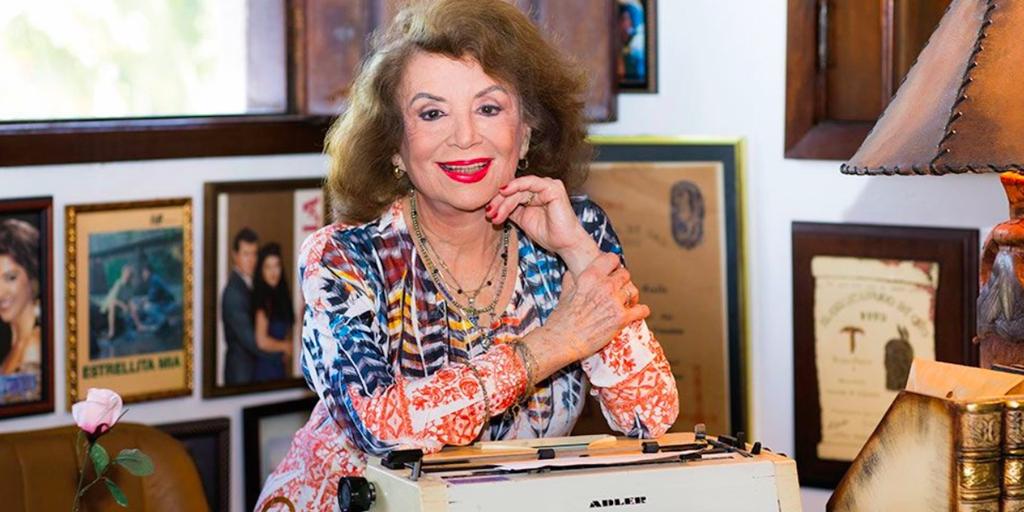 The Cuban soap opera writer Delia Fiallo, author of international hits such as ‘Cristal’ and ‘Kassandra’, has died at her home in Miami at the age of 96, according to a family source confirmed to the AFP agency.

Vial, one pioneer in the telenovela genre who began writing in the middle of the last century, said in an interview with AFP in 2018 that she wanted “to be remembered as a person who loved very much and who was very loved.” Odalys Báez, who was his daughter-in-law and spokesperson, confirmed the news of the death to AFP.

Nicknamed ‘the mother of the soap opera’, Fiallo marked the Hispanic American popular culture from the second half of the 20th century with its scripts. He began writing radio soap operas in 1950, until in 1957 he wrote a script for his first episode soap opera.

After exile with his family to Miami In 1966, he began writing for Venezuelan channels. A year later ‘Lucecita’ was born and then world hits such as ‘Esmeralda’ -on which later ‘Topacio’ was based-, ‘Leonela’, ‘Cristal’ and ‘Kassandra’.

Television channels, such as Venevisión in Venezuela and Televisa in Mexico, sent their condolences on the death of Fiallo. Some colleagues who followed his path also recalled his skills and teachings. «The queen of soap operas has left us: Delia Fiallo. Nobody like her knew how to handle the internal springs of melodrama. All television writers – even her most ardent detractors – have an unpayable debt to her in the DNA of our craft. Hail, queen! ”The Venezuelan wrote on Twitter. Leonardo Padrón. «Everyone, even those who didn’t like your work, learned a lot from you. All “, agreed the writer and journalist César Miguel Rondón.

Fiallo became involved with Venezuelan productions through a friend who contacted her when she learned that she had settled in Miami and, although at first it seemed strange that a Cuban who lived in the United States wrote Venezuelan novels, she got down to work. He reread Venezuelan works of literature, sat in parks listening to people speak, asked students how they spoke and even made a dictionary of idiomatic turns to accomplish his task, according to one account.

At his home in Miami, Fiallo kept all kinds of memories of his career: typewriters, awards and promotional posters for his soap operas, even in Japanese. During his interview with AFP in 2018, he regretted that the genre he cultivated “no longer exists”, because, in his opinion, the scriptwriters forgot their emotions.

«My novels were sold in 200-odd countries, they were translated into so many languages. And what were the working instruments of the soap opera writer? Emotions, feelings. It is the common denominator of the human race, from the man of the caves to the last man on earth. So it was a genre that could not fail. But that was lost. Now the soap does not exist. At least the traditional soap opera, “he said then. And among the culprits he also pointed to the “bad versions of classic novels”, the excess of narco-soap operas or the possibility of “seeing ten, five, twenty episodes in one night.”