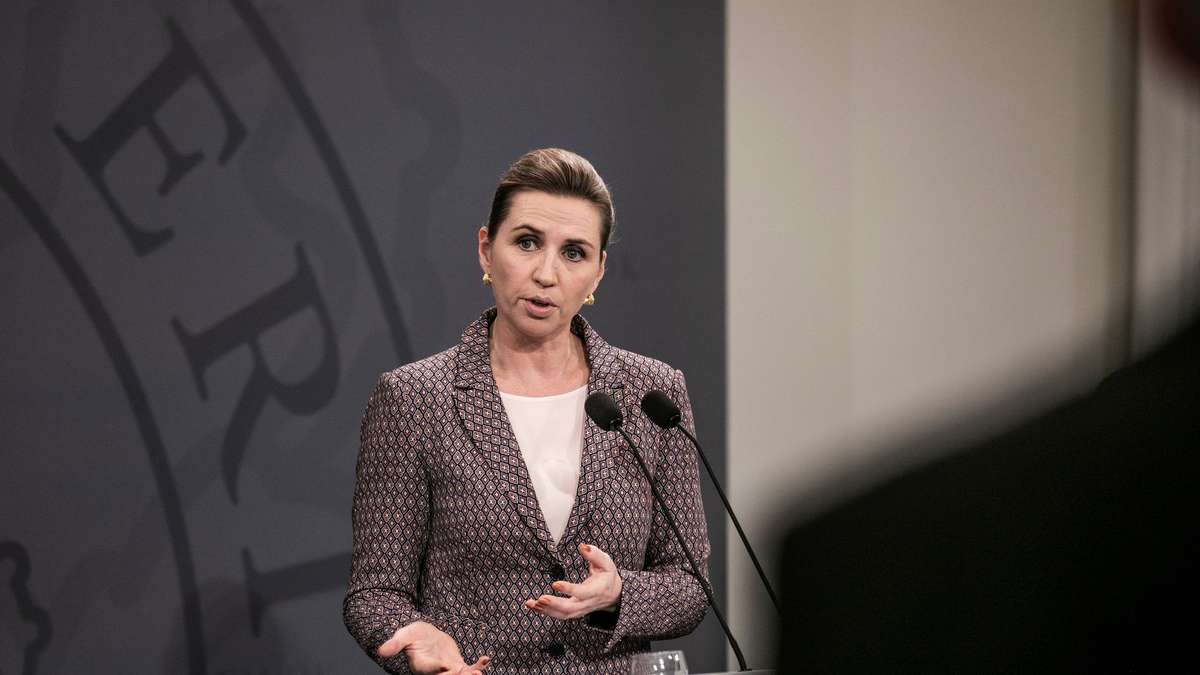 Two months ago, Denmark lifted the last corona restrictions introduced in the country during the pandemic. Now increasing numbers of infections are turning the government around.

Prime Minister Mette Frederiksen said at a press conference on Monday evening that it was necessary to reintroduce the so-called Corona passport. That would mean, for example, that restaurants and certain events are only accessible to vaccinated, convalescent and negatively tested people. In addition, the government wants to propose that Covid-19 be categorized again as a society-threatening disease, said Frederiksen.

On Tuesday, the government intends to submit the proposals to the epidemic committee in parliament. As long as the majority in the committee does not vote against the measures, they can be implemented.

According to the government’s plans, the corona passport, which certifies a vaccination, recovery or negative test, should be valid especially when visiting cafes, restaurants and nightclubs as well as indoor events with more than 200 participants. A limit of 2000 participants should apply for events in the outdoor area. The government also wants visitors to hospitals and care centers to show a corona passport.

Denmark lifted the last corona restrictions introduced in the pandemic on September 10. The government in Copenhagen had justified this with the high Danish vaccination rates and also with the fact that the pandemic was under control.

The number of corona patients in hospitals in Brandenburg has increased slightly. After 54 patients the day before, the Ministry of Health reported 61 people on Saturday who have to be treated in clinics for a Covid 19 disease. Of these, 20 patients are being cared for in intensive care, of which 19 must be ventilated as of Friday.

The seven-day incidence in Brandenburg has continued to rise. Within a week, 40 people per 100,000 inhabitants were infected with Corona, as the Ministry of Health announced in Potsdam on Tuesday. On Monday it was 39.4, a week ago 34.7. The two independent cities Cottbus and Potsdam recorded the highest value with 70 and 67 respectively, the lowest in the Märkisch-Oderland district with 24.5.

In Brandenburg, the number of corona infections per 100,000 inhabitants rose from 34.5 to 36.8 within a week (seven-day incidence). The Ministry of Health announced on Thursday. A week ago it was 37.4. This means that Brandenburg is still well below the national average. The Robert Koch Institute (RKI) gave the value for all of Germany on Thursday morning as 63.0.

However, the number of infections had risen again since mid-October. In the past few days there have been more than 2000 new cases every day. On Monday, 303 people were treated for Covid-19 in Danish hospitals, 21 more than the previous day and the highest number since February this year.

“The health authorities assume that the infections will continue to increase,” said Frederiksen. “This increases the burden on the hospitals”. Although there is a relatively high willingness to vaccinate in the country. 88 percent of those who were offered a vaccination said yes to the syringe. The increase in infections is due to a “small group” that does not follow the rules, according to Frederiksen. dpa