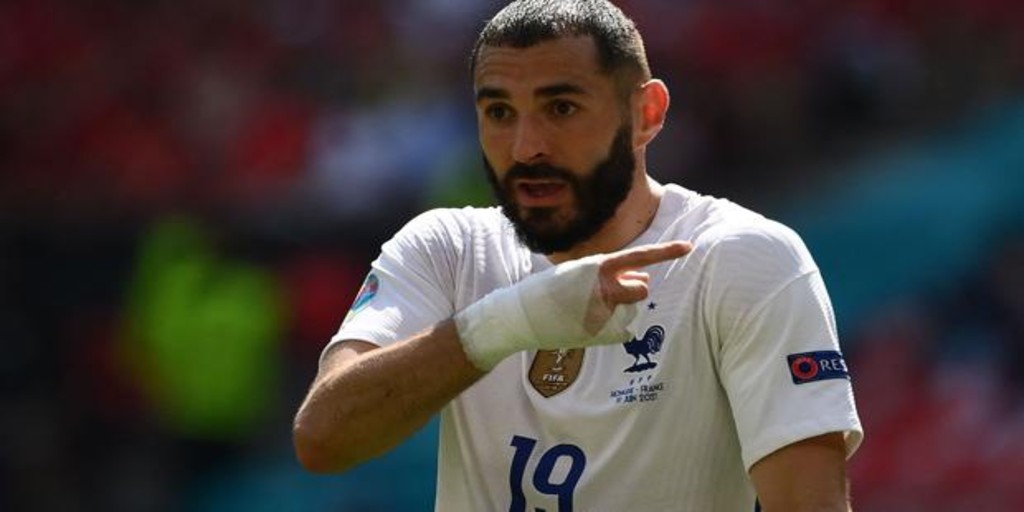 Although he has never managed to be classified as a superstar, Olivier Giroud He is the second historical scorer of a selection as important as France, with which he has even been proclaimed world champion. Hence the relevance of his words and opinions, although the now Milan striker has not counted for coach Deschamps in the last calls after the victory in the ‘Nations League’.

As the authorized voice of the national team, the newspaper ‘The team‘went to him to analyze his absences and the work of the’ bleus’, with an interview in which he left some striking notes, such as that of the influence of the return of Karim Benzema on the results from France.

That Giroud he is not a friend of Benzema It is not a secret, since there are already several crossovers between the two in recent years, with its high point in the comparison that the Madrid player made with his partner in the engine code. That one could not compare a kart with a formula 1.

A pique that did not prevent both from coinciding and coexisting under Deschamps’ orders, but which has always been latent and which has returned to the spotlight in the last few hours.

I have nothing against Karim, but his return to the national team created a tactical imbalance and in our way of playing. It was something evident in some games, which luckily could be fixed quickly, as could be seen in the Nations League. However, it took time ”, he slipped in his interview with ‘The team‘the milanista, who pointed out that he “never” had “problems with him. Karim has changed, matured and evolved. We ate at the same table every day.

Giroud, who has no qualms about sharing what he thinks about the toughest issues, such as when he criticized that Mbappé did not pass the ball to him as much as he should, confessed that the absences on Didier Deschamps’ lists have hurt him.

«I found out when the coach announced it. It was the will of Deschamps. I understand it, but I would have liked to have been warned before, “he explained. It was a strange feeling. I was happy for the boys with whom I have shared so many beautiful things, but, Like any sensitive person, I felt a pang in my heart».

As happened on other occasions, such as after the aforementioned statements against Mbappé, the French coach has had to enter the crossroads to clear the controversy.

Asked about Giroud’s last words about Benzema, Deschamps was short and blunt: «The most important thing for me are the discussions that I have had directly with the players. And Giroud knows it.

And the French coach also got wet when it came to placing Karim Benzema as a possible winner of the Ballon d’Or at the gala to be held on November 29 in Paris.

«The Ballon d’Or is a very important and prestigious individual award. Karim is at the moment one of the contenders and he is even a very serious candidate to win it obviously. I am not saying this because I am his coach and he is French, all I wish him to do is win it compared to everything he achieved this season with his team and with the French national team.