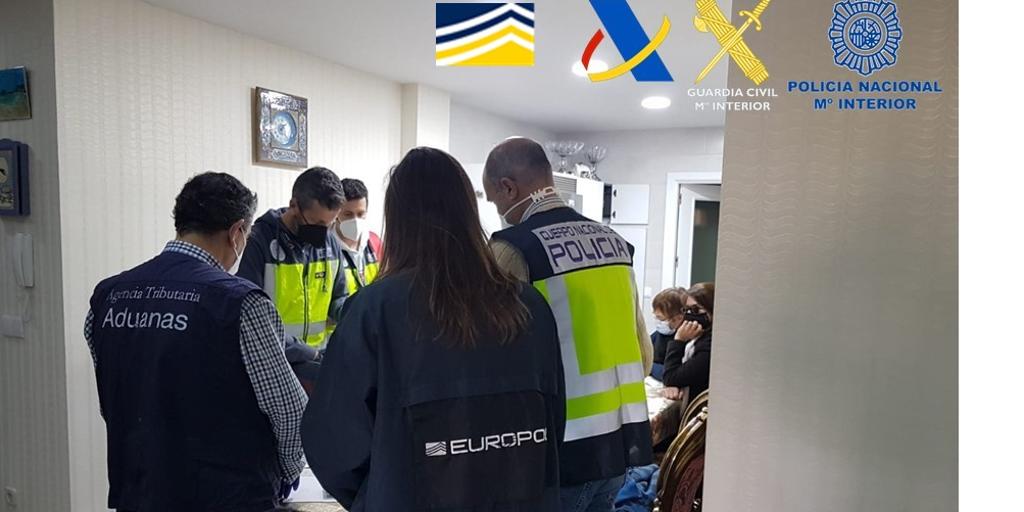 A joint operation of Customs Surveillance of the Tax Agency, Civil Guard and National Police, has allowed the dismantling criminal organization dedicated to the fraudulent sale of Iranian saffron like Spanish saffron. So far, the 17 people have been arrested and another 13 have been investigated Those who are charged with the alleged crimes related to the market and consumers, fraud, falsification, against public health, tax fraud, money laundering, smuggling and criminal organization.

The investigation began in 2019 when it became known that there were people and companies based in
Real city that imported saffron, mainly from Iran, through an extensive business network that operated internationally.

The Court of Instruction number 2 of Manzanares (Ciudad Real) has coordinated the actions of the different investigative units.

Throughout the months that the investigation has lasted, it has been found the existence of a group of companies that, through the introduction in Spain of significant quantities of mainly Iranian saffron, later made it pass as Spanish saffron.

By selling saffron among the companies themselves, they covered the product, and they labeled him as Manchego and Spanish, due to its quality recognized throughout the world thanks to its
Denomination of Origin of La Mancha, so its sale was guaranteed both in the national and international markets.

Likewise, this saffron was mixed for the most part with floral remains, styles and stamens that should not be sold as saffron, increasing the sales volume; They even used colorants not authorized for consumption by the European Union or the United States, to tint the final product, confirming the purchase of several tons of this substance.

By means of this way of acting, they not only managed to significantly increase their profits, but they have caused enormous economic damage to the Spanish saffron sector, preventing other companies in the sector from competing on equal terms, with the prices set by the investigated companies.

The network had also created a complex structure to hide benefits from the public treasury and launder money, for this they carried out complex national and international financial operations, as well as numerous real estate purchases.

The extensive investigation carried out has revealed that members of this criminal organization had acquired more than 35 homes in Spain, through Iranian powers of attorney, granted in favor of those investigated, which allowed them to act on behalf of people, who appeared as legitimate owners , and in reality, they were mere front men.

It was found that they had money in any country of the European Union, as well as in the United Arab Emirates, so they have analyzed more than 200 bank accounts, and information has been requested from 20 countries different from the European Union. For this reason, the collaboration of Europol has been essential.

Finally, the complex investigation culminated in the entry and registration in various premises, commercial warehouses, offices and homes in the provinces of Ciudad Real and Albacete, where they intervened: six high-end vehicles, a van, watches and jewelry, half a ton of stamens and styles, machinery for the weighing, mixing and fraudulent labeling of saffron, as well as other evidence and indications that demonstrate the illicit activity.

In the same way, the existence of more than two tons of saffron of Iranian origin was found, most of which would be sold abroad, making it pass as a Spanish product.

Even in the registry of one of the houses a ‘clandestine workshop’ was located that did not have sanitary authorizations for packaging and labeling.

The investigation continues with the analysis of the large amount of intervened documentation.