Ecuadorian culinary identity, for the first time in Madrid Fusión 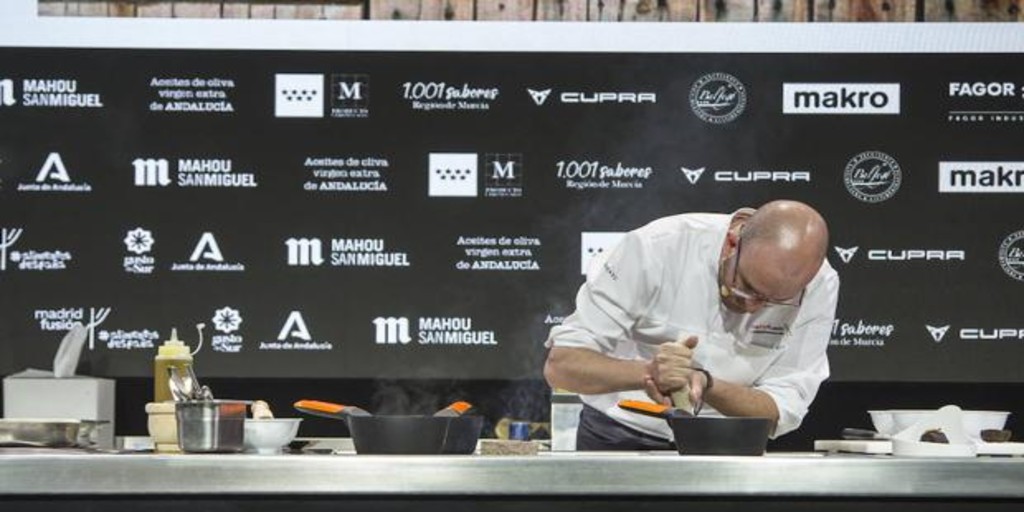 Juan Sebastian Perez runs the restaurant Quitu Culinary Identity, in Toledo (Quito, Ecuador), from which he promotes the gastronomic culture of his country. In Madrid Fusión Alimentos de España showed that identity of Ecuadorian cuisine and its pantry in three recipes featuring local products, some from recovered varieties. “It is the first time that an Ecuadorian chef steps on the Madrid Fusión stage and we hope it is not the last”, points out Ignacio Medina, presenter of the presentation who does not hesitate to define this chef as “the most prominent representative of the new wave of Ecuadorian cooks ».

Pérez begins his presentation by explaining that his restaurant has grown with the beginning of the identity as flag, with the people who supply their pantry and with the native raw material that the land gives them. Like most, the pandemic has not been alien to him. Given the conditions after the pandemic, my dedication to cooking is absolute. We offer a tasting menu with the products we receive such as corn or potatoes, tubers, what our garden gives us … and we prepare a tasting menu of eight dishes that we change every day, “he says. The restaurant has a capacity for 15 people. And he adds: “Our work is the work of the communities and in my restaurant I explain their history.”

The chef prepares three recipes in which he shows off that culinary identity that marks the restaurant’s philosophy. The first are some black potatoes, native (puca shungo) “powerful in antioxidants, nutrients and that add value”, specifies the chef. It is a variety that a few years ago was in disuse. The mechanical plowing of the land destroyed them, they allowed themselves to rot and never reached the market. “We started working with them and this type of plow was replaced by the manual. We got quintals of product that we kept in straw. The farmers let the potatoes age because there is only a harvest twice a year. Once the potatoes are wrinkled and look ugly, they are ready to eat. “

These potatoes will serve as the base to make a cake with this tuber with a tender texture on the inside, but crunchy on the outside. It is accompanied with white cocoa (macambo) and a pesto that includes a variety of beetles known for its high energy potential. “These beetles are kept by the peasants in their pockets to eat them throughout the day in the field,” says Pérez.

The second recipe is a terrine of which. It is a very typical animal in the area with which they have developed a “spectacular value chain by changing their diet for a more natural one.” Confit the animal in its own broth to use 100% of the product (The bones and skin are part of this dish and “the insides” are used to prepare a pate). It is accompanied by Andean tubers (mashua), a demiglace, carrot and pickled preserves in corn vinegar (chichagre). It should be noted that many of these products, like black potatoes, have been recovered and gradually incorporated into the market. “They are marketed as the public demands them”, specifies the chef.

The third and last course is a Flame sirloin steak tartare. “The soil of the Andes is nutritious, contains many minerals, is rich in nuances and is very fertile, offering a flame food that provides lean meat that adds to the value chain.” And he adds: “This animal goes through a detour, there is a very high responsibility and sensitivity with this animal.” Next, the cook praises the butcher’s work. “Butcher work is one of the most talented because, thanks to the fact that it can offer up to eight types of cuts, we can make 100% use of the animal.”

He adds vanilla to the piece of meat. The Amazonian differs from others in that its fragrance is more fruity, citrus and exotic. “The farmer who grows these pods covers them with leaves and not with plastic, the taste is different and the yield is better,” says the chef. The production of your restaurant could be defined as a ‘mise en place’ and cooks to the minute. «I like to personalize the menu for each diner. And this saves me from any disaster, “he adds.

The preparation of the recipe continues, incorporating an agave distillate, typical of Ecuador. The set is completed with capulí «it is not a berry, although it looks like it, it is a fruit», specifies Pérez, earthy taste, with a certain bitterness and nothing acid which enhances the value of the llama tartar ». And chili. The amount of chili peppers is huge, but what they prefer is to be guided by its sweetness, by the ease of enjoying it on the palate without “blocking” the taste buds. They are usually stored hanging and so that they do not dry out, they are cooked in stews and hung up again. “This pepper will have been in several broths,” he declares. Add vegetable caramel and some sprouts to the plate.