Ecuadorians overcome fear of the pandemic and go to vote 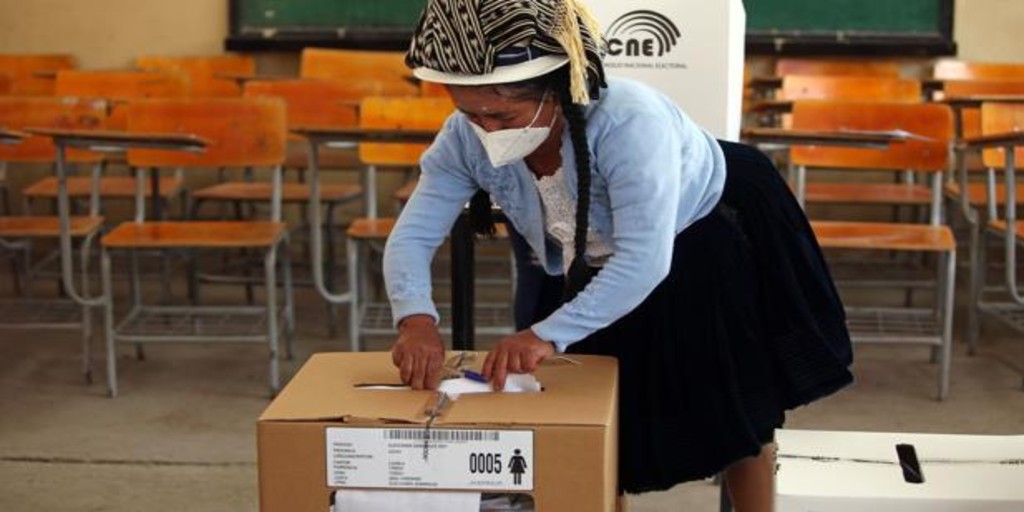 He is 78 years old and did not want to stop voting in this crucial election. Luz Maria She arrived early at the Salesian Technical University in Cuenca, 450 kilometers south of Quito, accompanied by her daughter Fernanda. She says she asked him to pick her up early to avoid the long lines, but “they all got up early.” He wears two masks, because he has heard that this way he protects himself better from the coronavirus, which is hitting the country and the world. You can guess that he says it with a smile, because his eyes shine. And, raising his hands, he adds: “We have to defend the water.”

In Cuenca, a city crossed by four rivers, there was also a popular consultation to decide if the exploitation of metallic mining in water recharge zones. It was an additional motivator to vote in this capital of the Azuay province, where three of the presidential candidates come from: Yaku Pérez, from Pachakutik; Ximena Peña, from Alianza País, the movement that brought Rafael Correa to power, but no longer belongs to him, and Paúl Carrasco, from Juntos Podemos.

Overcoming fear, Ecuadorians came out, this Sunday, en masse, to elect the new president who will govern for the next four years; a 137-member National Assembly and five Andean parliamentarians. Except for an incident in Portoviejo, such as the arrest of a man after being denounced for having voting papers in a folder; another complaint from a woman, who said she was given a ballot marked in favor of a candidate; as well as the push to enter the University of Guayaquil, because people got tired of standing in an endless line, the day was calm.

The spring weather throughout the Sierra, and the typical heat on the Coast, accompanied the votes. In Quito, especially in the south of the city, the attendance was massive and people lined up for a long time, although social distance was not always kept.

With all the complexity of a campaign with strong restrictions, due to the biosecurity measures imposed by the National Electoral Council (CNE), in the messages and in the speeches of the candidates, it was evident that in the election this Sunday in Ecuador they played two different visions about politics, economics and freedoms. One defended by Guillermo Lasso and, with nuances, also by Yaku Pérez, and some of 16 other candidates, who are open to investment, defend dollarization and promote freedoms, including freedom of expression without a restrictive law such as the Gag Law, partially moderated in the Moreno government.

And the one that represents Andrés Arauz, Correa’s dolphin, who wants to reinstate 21st century socialism. “We choose between a return to populism that destroys economies and condemns countries to eternal poverty, or responsible economic and fiscal management,” says Jaime Carrera, renowned analyst. “In this election, democracy and prosperity are at stake,” synthesizes Simón Ordoñez Cordero, political analyst, after voting north of Quito. He believes that the massive presence of people at the polls, throughout the country, despite the pandemic, reflects that Ecuadorians assimilated that the decision is in their hands. “I have seen a lot of senior citizens,” he adds, adding that the announcements of high absenteeism will not have been given.

In Guayaquil, along with his wife, Guillermo Lasso, candidate of the Alliance CREO-Christian Social Party, voted; While Andrés Arauz, the candidate of the Unión por la Esperanza (UNES) movement, who could not vote because he is registered in Mexico, where he studies, accompanied his grandmother to vote in Quito.