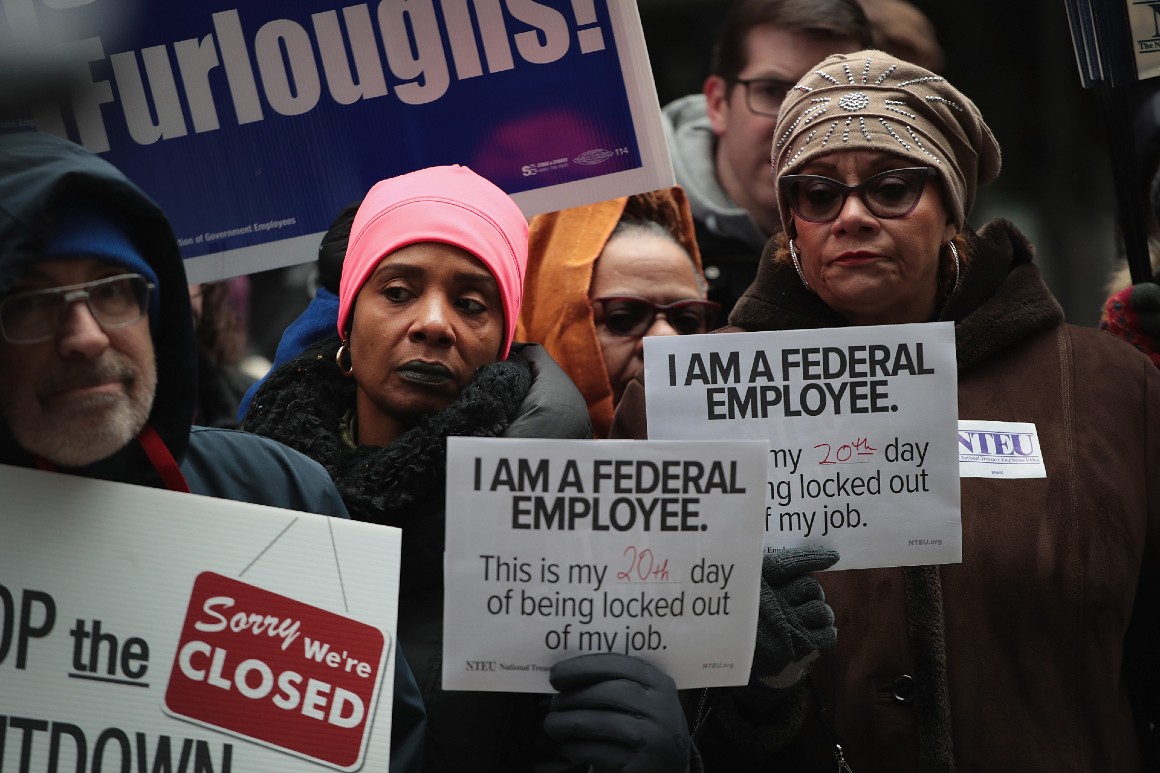 The Trump administration argued that there was no violation of the wage-and-hour law because another federal law, the Anti-Deficiency Act, made it a crime to pay the workers during the five-week lapse in appropriations.

However, Campbell-Smith disagreed, concluding that the budget-focused law doesn’t automatically waive the government’s obligations to make timely payments to employees.

The longest shutdown in U.S. history stemmed from an impasse over President Donald Trump’s demand that Congress appropriate more than $5 billion for one of his most high-profile campaign promises: the border wall.

Congress ultimately forked over only about $1.6 billion, with restrictions. The shutdown ended when Trump relented on his budget demand, although he employed a series of legally controversial tactics to tap various accounts for billions to press on with wall projects.

Despite the decision Tuesday turning down the government’s motion to dismiss the suit, the workers have not yet prevailed in the case. Campbell-Smith said it was still possible that the government could show that it acted in “good faith” when it failed to pay the workers on time.

“The court declines to rule at this time on the issue of whether defendant can establish a good faith defense against liability for liquidated damages in this case,” the judge wrote.

If the employees do win the suit, they would each be entitled to the federal minimum wage of $7.25 an hour for the time they worked, or about $1,160 if they worked the full shutdown period, plus overtime.

An attorney for the workers, Heidi Burakiewicz, said about 32,000 workers have already elected to opt-in to the lawsuit. Employees who don’t sign up by this month may lose their rights to compensation, she said.

Burakiewicz said she expected the workers, who work at the Bureau of Prisons, the National Weather Service, Immigration and Customs Enforcement, Customs and Border Protection, the Secret Service and other agencies, will ultimately win the case.

“For all intents and purposes, this is a finding that the government violated the law, the FLSA,” she said in an interview. “We feel extremely confident.”

While the workers already received the pay they earned, Burakiewicz said she does not view the effort to secure damages for them to be double-dipping.

“Retroactively paying them their wages … does not negate the violation of the law that they were not paid that money on time,” she said. “There was a lot of suffering during those 35 days. People were worried about feeding their kids, paying their bills, buying medicine. It was horrible for them … Paying people back pay does not make them whole.”

A Justice Department spokesperson did not immediately respond to a request for comment on the decision.