For whom the Bell Tolls? 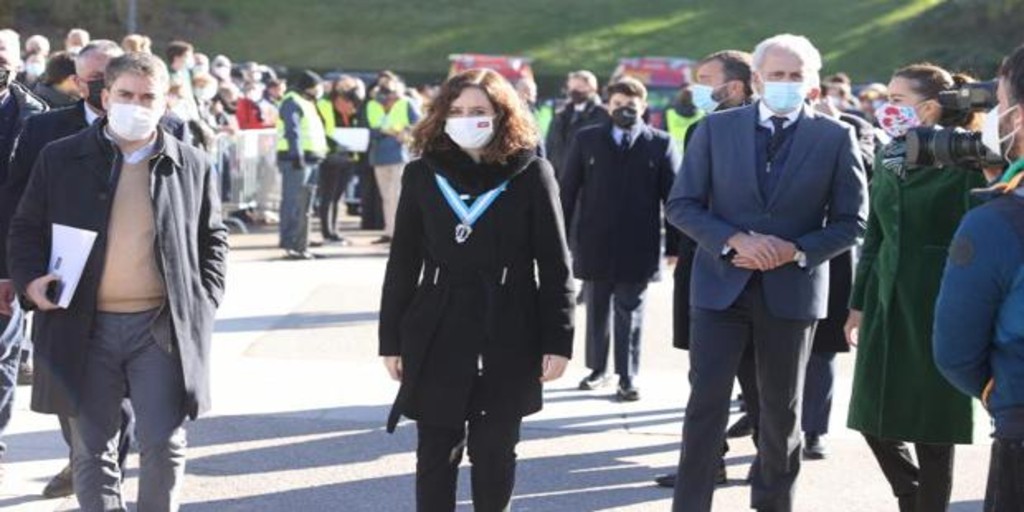 The bells rang when Ayuso’s canutazo. The pious women were looking for a partner for the mayor. The greeting was like all greetings, they said something or a lot, but that lady who was so prayerful and so Madrilenian said something and Almeida took the opportunity to be greeting, which is what he has played from Tierno Galván and the etceteras that have been undermining Madrid. It was the image sought, that of Ayuso and Almeida, and it was heard and seen, in the air that warmed up on the La Almudena esplanade. Something like “brothers” sounded in the greeting between both that journalists were looking for: that of the living forces, Ayuso and Almeida, who for all intents and purposes share militancy there, in Genoa 13. Today

He saw them between wafers and two ‘speakers’ who told the story of the patron saint of Madrid as in the 1940s. The bells tolled, as happy and perennial when Ayuso was going to give the canutazo. It was not time for taverns, nor to find a girlfriend for the mayor, but there was everything, that the healthy town of Madrid, two minutes from where Mateo Morral wanted to kill Alfonso XIII, takes advantage of the fact that the public authorities are happy to walk, processions, thrones and walk, to sing to the politicians the truths of the ferryman. It is true that where in Sánchez and in El Pilar everything was whistled, in Ayuso and Almeida everything was morbid and faith in Almudena. Almeida was proud with biblical parables like that, in general, until the above-signer asked him for one in particular and went off on a tangent. Needless to say, the municipality arrived first at the Almudena mass accompanied by the gala corps of the Municipal Police. Almeida cited Christ in the matter of loving and serving, which is a phrase of Christ and Saint Ignatius, and as he spoke in parables, one insistently asked him for a parable, and he looked at the boys from the press, and quoted the one from the Good Samaritan (Luke, chapter 10, verses 25-37) with an ironic “los, las, les.”

Then, the greeting with Ayuso, the expected, the photographers in the sun, the hearing without hearing and seeing without seeing, which is the columnist’s exercise. Perhaps one caught single, diplomatic words, and it must be emphasized that Almeida was aware of the Madrilenian who shouted things at him that in other circumstances would go to the council’s suggestion box. Almeida secreted to Ayudo in public what we have been telling, about speaking in parables. They laughed moderately because it was starting to smell like incense. And they, they say, eat together. As good ‘partners’ and others.

About Ayuso and Almeida in public we know specifically what Sara Medialdea has written with urgency and talent; perhaps they are “brothers”, “family (political)” and the usual.

If we are going to tread properly, which is the leitmotif of this column, let’s say that for ten minutes Ayuso walked around waiting for the bells to stop. That he wore an Argentine medallion from the Royal Slavery of Almudena. Eva Perón looked so white and blue: Ayuso’s bell tolled and the Almudena pass passed him, without momentary interest. It’s the simultaneous Madrid thing: that Ayuso asked everyone to give in and that Almeida came out with the ‘in everything, love and serve’. It will be necessary to see who carries the tree and for whom the bell tolls.