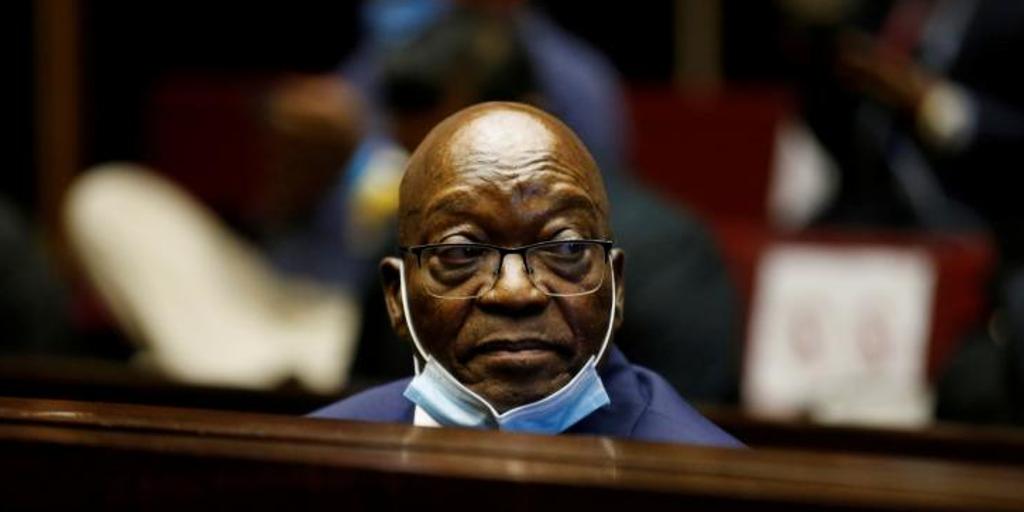 The Constitutional Court of South Africa has sentenced this Tuesday to 15 months in jail to the former president Jacob Zuma for contempt after refusing to appear before the committee that is investigating the corruption allegations against him after his departure from power in 2018, amid pressure from various cases related to his ties to the Gupta family.

Zuma refused in February to appear before the commission headed by Raymond Zondo, despite the order issued by the Constitutional Court, which led Zondo to ask that he go convicted of contempt by ignoring their citations.

The Constitutional Court has indicated that “Zuma’s contempt is condemnable in the strongest sense” and has stressed that “the unique circumstances of the matter, the nature of his acts and the extent of the same have been taken into account,” as reported the South African television network SABC.

“Not only has Zuma failed to respond to contempt, he has failed to address the extent of this contempt and has made it worse. The ruling orders an unsuspended sentence of imprisonment for a period of 15 months, “said the president of the Constitutional Court, Champepe side.

In this sense, he has argued that Zuma’s attempts to “win popular sympathy” with “unfounded accusations” amount to “a slap in the face of reason” and “an insult to the constitutional authorities for whom many men and women fought. and they lost their lives.

Zuma thus becomes the first democratically elected president in South Africa who has been sentenced to prison since the African National Congress (ANC) – a party he headed between 2007 and 2017, when he was set apart in an internal council by his vice president, Cyril Ramaphosa – seized power in 1994.

The former president also faces a trial for alleged corruption for about 800 payments which he allegedly received in connection with an arms purchase from the French company Thales to modernize the country’s defense apparatus in the late 1990s.

The charges against Zuma were brought a decade ago, but were shelved by the South African Prosecutor’s Office shortly before he ran for president in 2009. Following Zuma’s election, his opponents fought in a long legal battle to reinstate the indictments, which they achieved in 2016.

The former president was replaced as head of state in February 2018 by his vice president, Cyril Ramaphosa, which has ensured that the fight against corruption in the country is a priority to try to attract foreign investment and activate the country’s economy.

Zuma’s downfall took place amid popular outrage at the weight of the Gupta family, of Indian origin, in the economy and politics of the African country, accusations that were collected in a report of the former South African Public Defender (figure equivalent to the Ombudsman) Thuli Madonsela titled ‘The Capture of the State’.