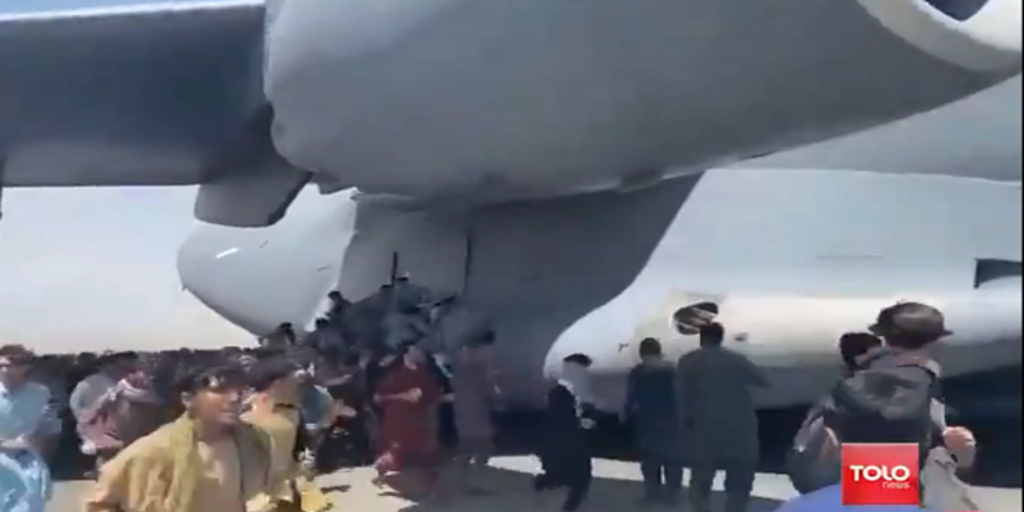 The United States Air Force has launched an investigation after confirm that human remains were found in the landing gear of the plane which departed from Kabul airport last Monday. The Office of Special Services is reviewing all the information available about the takeoff of the C-17 plane and the loss of civilian life, including the images and videos that circulate on social networks, according to reports
AirForce Times.

Video: People run on tarmac of Kabul international airport as a US military aircraft attempts to take off. pic.twitter.com/9qA36HS0WQ

On Monday, the aircraft, trying to gain speed for takeoff, was engulfed by a crowd of Afghans running in panic. According to the
Washington Post, some got to climb the landing gear, preventing its retraction. The pilots declared an emergency, and it is believed that some of the civilians could have rushed into the void, something that could be observed in the videos that went viral on social networks.

Three Kabul residents who were trying to leave the country by hiding next to the tire or wing of an American plane, fell on the rooftop of local people. They lost their lives due to the terrible conditions in Kabul. pic.twitter.com/Cj7xXE4vbx

Upon landing at Al Udeid Air Base in Cathar, they inspected the wheel well and found the human remains. According to a statement from Ann Stefanek, Air Force spokesman, collected by AirForce Times, “The investigation will be exhaustive to allow us to obtain all the facts about this tragic incident”, in addition to lamenting the fate of the victims and conveying condolences to their families.

According to Stefanek, the crew of the C-17 Globemaster III did not even unload, as it was engulfed by hundreds of Afghan civilians who had crossed the perimeter of the airport. Given the lack of security, and the rapid deterioration that they were observing around the aircraft, decided to leave the airfield as quickly as possible; which led to the dramatic incidents.

“Due diligence is being developed to better understand how events unfolded and ensure safety current and future flight operations, ”Stefanek concluded in the statement. However, he did not make a total balance of victims. Associated Press put seven dead during the day on Monday, although the causes of the deaths are not clear.