If the mob decides who to lynch 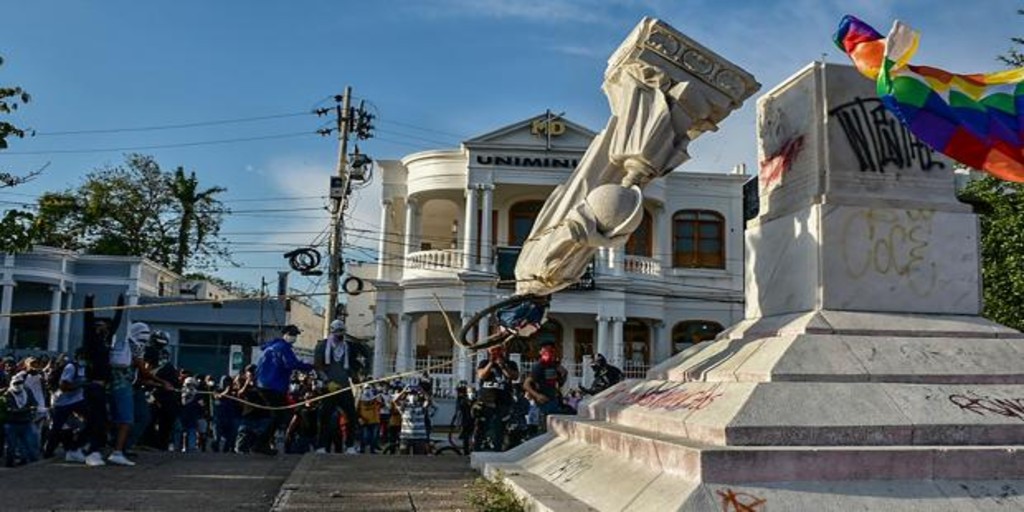 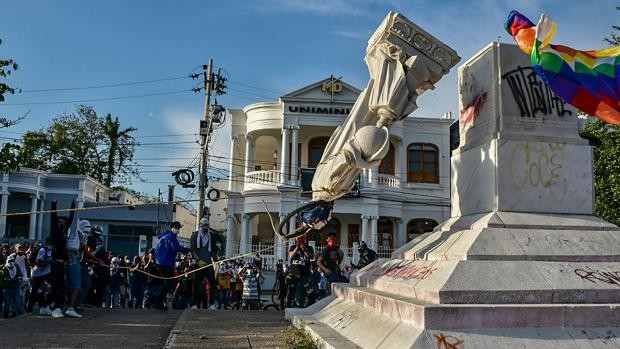 In these times when yesterday’s events are judged with today’s moral criteria, for fear of being lynched by the majority and current opinion, we prefer to remain silent. A statue of more or another of less, what difference does it make? At one end of the pendulum of history, a century or two ago, the discoveries of Admiral Columbus were glorified without nuance, and even a newly founded republic was given a name in honor of him, to make up for the mistake of calling America America. a continent that don Américo did not discover. At the other end of the pendulum of time, today, he is denigrated, declared genocidal without studying the character, and symbolically lynched by knocking him off a pedestal. It is also required that the name of the country that Bolívar baptized Colombia be changed. I am not one of those who think that Don Cristóbal Colón was a saint, but neither was he the demon that they now want to paint us. He was an extraordinary man, but a son of his time, inevitably, as much as we are of ours. If he is to be judged by his actions with today’s ethical criteria, it would have to be said that Columbus treated the Europeans who fell under his command more badly than the Indians themselves, about whom he almost always spoke such sweet and favorable words that even They helped to build the myth of the good savage, which is the thoughtful origin of those who today feel morally superior when they demolish their monuments. It was precisely because of the above that the great apologist and biographer of Columbus was none other than Bartolomé de las Casas, the staunchest defender of the Indians, whom I hope now does not want to also accuse of being a racist for having protected the Indians from the mistreatment and abuse that many Creoles, children and grandchildren of discoverers and conquerors, infringed on them. The justice of the hordes that demolish statues with Taliban fervor, is the same of those that in social networks are dedicated to morally lynch, and without prior trial, those who do not hold the majority opinion. And those of us who oppose these lynchings are exposed to the same strategy of public derision. Quevedo wondered, when he did not want to be silent: “Do you always have to feel what you say? / Do you never have to say what you feel? ”. I think there comes a time when, as much as they charge us with anger for what we dare to say, we must say it. Christopher Columbus was a dreamer, a fool, a lucky lunatic, a visionary, a madman as sane as Quixote himself (according to Wassermann), an adventurer and a great navigator. His travels changed and completed the world, to this and to the other side of the ocean. If this feat had been achieved in reverse by the inhabitants of Cuba, Cipango or Haiti, many statues would have to be erected for them, with good reason. But it turns out that that first voyage in 1492 was made by sailing west, in three matchboxes, and not the other way around, whether we like it or not.