India confirms a new maximum of cases and links two days with more than 400,000 infections 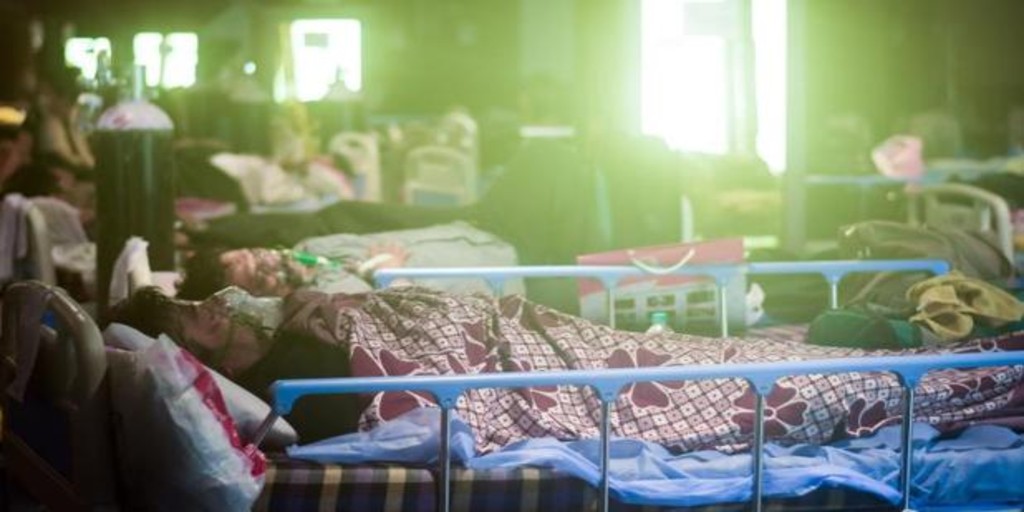 The Government of India has confirmed this Friday a new daily maximum of coronavirus cases, with more than 410,000, which is the second consecutive day notifying more than 400,000 infections and brings the country closer to 21.5 million cases since the start of the pandemic.

The Indian Ministry of Health has indicated in its balance sheet that During the last 24 hours, 414,188 cases have been reported, bringing the total to 21,491,598.

The figure also represents the sixteenth consecutive day that India registers more than 300,000 cases, within the framework of a drastic rebound that has placed an enormous weight on the capacities of the Asian country’s health system, reports EP.

Likewise, it has indicated that 3,915 people have died in the last 24 hours, the second highest figure to date -only behind the 3,980 deaths confirmed on Thursday-, bringing the total number of deaths to 234,083.

Maharashtra, epicenter of the new wave

In this sense, he has pointed out that the 72 percent of new infections have been detected in ten states, with Maharashtra one more day in the lead, with 62,194, followed by Karnataka and Kerala, with 49,058 and 42,464, respectively.

Maharashtra, the epicenter of the new wave and where the city of Bombay is located, it is also the state with the most active cases, with 641,281, and deaths during the last day, with 853, according to data provided by the Indian authorities.

For its part, the capital, New Delhi, has added 19,133 cases and 335 deaths in the last 24 hours, being the third state with the most deaths during the last day, only behind Maharashtra and Uttar Pradesh, where 350 people have died due to Covid-19.

The situation has led the authorities to impose restrictions and in this context the states of Kerala and Rajashtán have imposed a lockdown to try to contain the spread of the virus. Thus, Kerala has said that they will be standing between May 8 and 16, while in Rajashtan it will be between May 10 and 24.

Prime Minister Narendra Modi has also opted for speed up the vaccination rate against the coronavirus, after the authorities began last week inoculating the drug to people over 18 years of age.

On the other hand, the Indian Supreme Court has ruled in favor of the Government guaranteeing that the capital receives at least 700 metric tons of oxygen a day to guarantee the supply in hospitals, as reported by the Indian television network NDTV.

The court has also rejected an appeal against a lower court ruling demanding that Karnataka be guaranteed to receive 1,200 metric tons of oxygen to cope with the situation.