Is it a good idea to reform before selling? 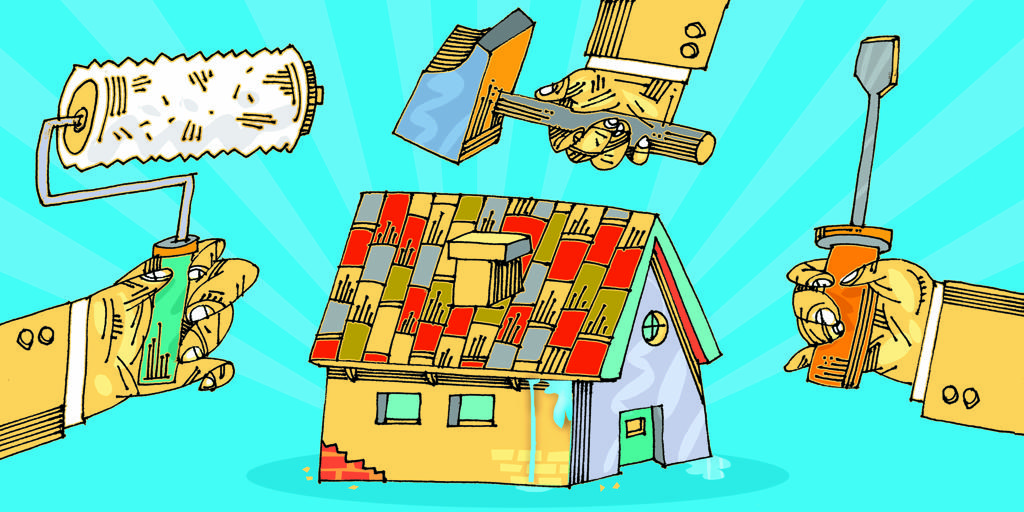 Reforming a home before it is sold is a way to sell it at a higher price and in less time. But before embarking on a project that involves spending time and money, it is advisable to assess whether the reform will compensate the investment, or whether it is preferable to opt for another alternative that increases its value and its possibilities of sale.

The data of different companies and construction platforms agree that the reform of a property before its sale achieves increase your appraised value by at least 10%. In certain locations or for houses with certain unique characteristics, the appreciation can be much higher.

Factors such as natural light, that the house has a renovated and spacious kitchen and bathrooms, energy efficiency, the existence of a home automation system and the outdoor common areas such as swimming pool and sports courts They are, along with the location, those that buyers value the most when acquiring a property.

For this reason, the improvement of the kitchen and the bathrooms are among the most frequent actions when thinking about the reform of a home, although it is also expensive. However, in the eyes of a potential buyer, the value of the reform already carried out will be greater than the cost invested.

Changing the boiler for a more efficient one, replacing the windows with others that guarantee greater insulation or investing in improvements in the floor or walls that avoid temperature losses are aspects that interested people will take into consideration. Without overlooking the need to repair the existing breakdowns or flaws in the property.

The reform of a house, if carried out in a comprehensive way, is a major project with a significant economic cost, of between 400 and 650 euros per square meter (greater if you have to correct structural problems or if you opt for certain materials and finishes), which may not be worth it.

One way to get an idea of ​​how much increase in the sale price the reform may entail is consult the real estate ads for sale of other houses in the same location with similar characteristics with and without reform. If the references that are taken are correct, it will be possible to infer what revaluation of the house can be obtained if it is reformed to obtain a result and possibilities similar to those of the properties that have been consulted.

According to the rule used to analyze the profitability of this type of investment, the reform will be worth it if its cost is at most 50% of the increase in value that is expected to be obtained with it in its sale.

However, some factors may make it more or less advisable to carry out a reform before selling the property. First, it is necessary to assess whether the necessary financing is available to undertake the project. In the event that a personal loan can be obtained to carry out the work, the price of the interest must also be considered, which will make the investment less profitable.

In addition, the age and condition of the home may require a structural reform, which will have a higher cost and that in many cases does not compensate for the greater profit that will be obtained from the improvements made. On the contrary, factors such as the location and the potential of the property can make the investment profitable, even if it is an old house and the cost is high.

When the increase in value that the comprehensive reform of the house will generate does not compensate the necessary investment, an alternative is repair the deficiencies of the house and carry out specific reforms or minor actions that serve to change the appearance of the property. How to make a house for sale more attractive without investing excessive money, to sell it in less time and at a higher price, is also the goal of ‘home staging’, which seeks to make the home attractive to any buyer.

Painting the walls in a neutral tone, giving a better look to the kitchen or bathroom furniture without having to renovate it, improving the lighting, eliminating unnecessary furniture and replacing the decoration that is personal with one that fits any buyer are some of the techniques used by this alternative trend to reform but which will improve the opinion of people interested in the house.