Is Jon Stewart Still Allowed To Be Himself? 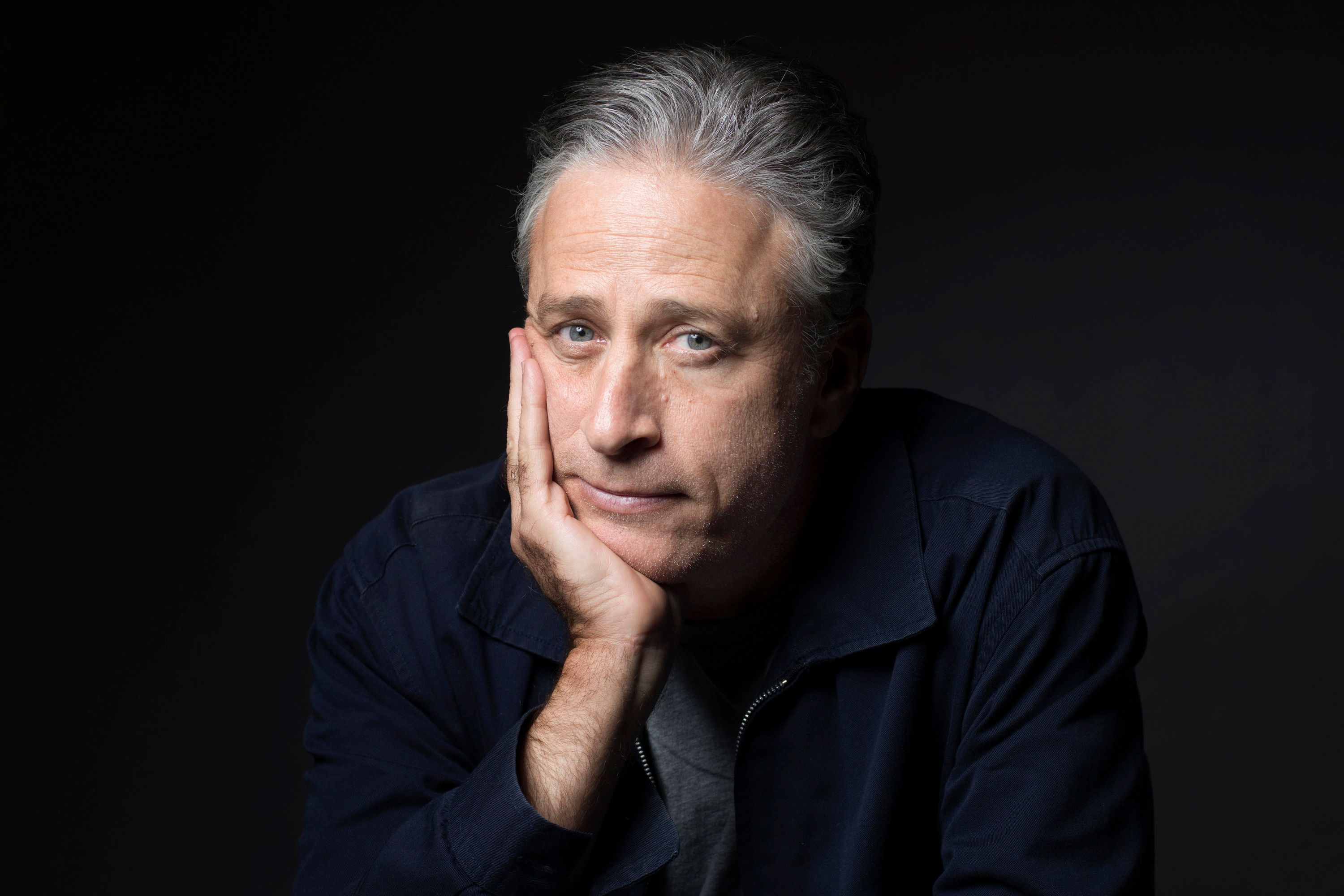 When Stewart succeeded the ousted bro-caster Craig Kilborn as “Daily Show” host in 1999, it was a much-needed injection of caustic Gen-X wit. The host winked with his audience at the absurdity of the post-Cold War, Clinton-era imperium, its bow-tied Thunderdome of Gingrich, Gore and grand jury testimony. But the aftermath of Sept. 11, and particularly the Iraq War, sharpened Stewart’s irony into genuine outrage: the walk-up to Iraq was absurd, yes, but also just wrong. By the time he stepped down as host in 2015, citing exhaustion and a desire to spend more time with his family, Stewart had transformed himself from another modestly successful leather-jacketed stand-up into a pillar of American liberalism.

Since then, the mainstream left has shifted decisively toward the “outrage” end of the Stewart-ian spectrum, even among his fellow seen-it-all Gen X-ers. The wry, above-the-fray attitude that created Stewart’s initial bond with his audience isn’t just out of fashion — it’s seen as insensitive, offensive or even literally harmful to those on whose behalf he would crusade.

The programs hosted by the extensive “Daily Show” alumni network, including John Oliver, Stephen Colbert (in his uber-cuddly modern incarnation) and current host Trevor Noah, are far more earnest than Stewart ever was. If ironic detachment served as a cultural get-out-of-jail-free card that made it cool, or at least acceptable, to care deeply about current events in the Y2K era, Stewart’s successors view such cover as entirely unnecessary. His eagerness back then to skewer left-wing absurdity and extreme political correctness as well as conservative hypocrisy would stand a pretty good chance of getting him canceled today. (More likely, it wouldn’t make it to air in the first place.)

Stewart still retains his on-screen charisma, command of current events and cachet with his old audience, as his constant presence on his peers’ talk shows suggests. But launching a new program in a political-media ecosystem that’s been entirely transformed is a profound test for Stewart. It’s also a test for where we are as a culture — whether Stewart is allowed to nod to the earnestness of the moment without capitulating to it entirely.

The first clue to how Stewart and his team have adapted is in the show’s format itself, which takes a more polished and sober approach to the news without totally discarding his endemic wisecracks. Now an hour-long weekly program, in the first episode we get a behind-the-scenes glimpse of how Stewart and his team of writers and producers have structured it: a familiar, “Daily Show”-style monologue at the top, followed by an interview with “stakeholders,” as they describe them (people directly affected by the show’s subject material), and finally an antagonistic, Mike Wallace-style one-on-one interview with an authority figure who ostensibly has the power to help those people.

In an interview with the New York Times, Stewart describes the program’s focus as not advocacy, but “amplification,” in a way that recalls the deadly-earnest millennial imperative to use one’s “platform” for good. “If you’ve earned some capital in all of this, why not spend it on people better than you, who are doing remarkable things?” he said. “You can help frame their good work.”

The jokes remain, but if “The Daily Show” was subtractive, railing against the hypocrisy and absurdity of modern political life, “The Problem With Jon Stewart” is additive, clearly seeking a resolution for those affected by the single issue each episode so far explores. (The first episode, tellingly, does not mention former President Donald Trump once — as good a sign as any that Stewart is interested in less chewed-over currents in American life.)

Stewart himself, with his reflexive sarcasm, Howard Beale-like bouts of righteous indignation, and stand-up hamminess remains mostly unchanged — even if, as the 58-year-old jokes, he does look decidedly more now like an “anti-smoking poster.” The host implicitly addresses the continuity between his previous and current TV incarnations in the series premiere, titled “War.” That is, America’s various wars in the Middle East, which caused severe health outcomes for veterans exposed to open burn pits in the desert who have now been struggling for years with a seemingly indifferent Department of Veterans Affairs bureaucracy.

Working up a head of steam, Stewart proclaims “The DoD and the VA are forcing them to indisputably prove a connection that they already internally admit exists… they are holding the veterans to a standard of proof far beyond the one our own government used to send them to war in the first place,” before throwing to footage of George W. Bush’s now-infamous “smoking gun in the form of a mushroom cloud” speech. “We went there to find weapons of mass destruction,” Stewart says staring directly into the camera, “And when they weren’t there, we made our own.”

It’s bracing stuff, enough to throw one back to the era of flip phones and Tom Cruise jumping on Oprah’s couch. Even better is an interview with VA Secretary Denis McDonough, where Stewart pushes the steely Midwesterner on the department’s torpor to the point where the host feels the need to obliquely apologize — to which McDonough, certainly no stranger to close-quarters combat as Obama’s former chief of staff, responds gamely that “I don’t really give a shit” (about, to be clear, Stewart’s hardball interview style, not the veterans).

Over the past two-plus decades, the host has cultivated a gravitas that gives him a credibility here his many would-be successors sorely lack. (The interview subjects for the first two episodes are McDonough and Treasury Secretary Janet Yellen; it remains to be seen whether any Republicans, who have been burned and outright mocked by Stewart in instances too numerous to count, might willingly sign up to appear on the program.)

Of course, such gravitas can be a double-edged sword for a comedian. Consider the extreme case of Jerry Lewis’ attempt to dramatize the Holocaust, or the hectoring, imperial asshole-dom of Stewart’s late-night liberal compatriot Bill Maher. Here nothing so flagrant occurs, but the tension between Stewart’s impulses and the show’s new tone is evident: there’s a jarring moment in the debut when he careens just too rapidly between a somber recounting of American institutional failure and one of his numerous wisecracks, staring in silence for a split-second too long that forces the viewer to wonder whether the audience was instructed not to laugh or declined of their own volition.

There’s also an uncanny sense that by skirting the day’s most hot-button political issues in favor of a relatively-uncontroversial advocacy for veterans or victims of gun violence, Stewart might be holding back some of his more unpopular, potentially cancel-worthy thoughts — especially after a high-profile tiff with Colbert and his liberal viewers, after endorsing the coronavirus lab-leak theory on Colbert’s program. Much of liberal America still embraces Stewart as its conscience, but it’s not clear whether he fully embraces the extent to which that conscience has evolved in his absence.

Still, the program largely succeeds in what it sets out to do: Stewart’s candor and energy give life to interviews that are often deadly dull or maudlin in the hands of others, and his simmering populist rage and nose for the audience make him an effective public inquisitor for figures like McDonough. At the same time, the show’s relative sobriety and mission-mindedness keep it from lapsing into the smug self-righteousness or triumphalism of which critics accused “The Daily Show” after it ended (and especially after Trump’s election).

As a millennial who came of political age during the same time in which Stewart’s show did, there’s something inherently comforting about his return to television. Despite a few clumsy moments, the show is entertaining, surprisingly hard-nosed, and has scrubbed many of its host’s — and his era’s — worst impulses. But at the same time, its high earnestness can feel suspiciously like not just an adherence to the modern moral imperative to care a lot, but an implicit penance for not having done so openly all along.

Which might be noble, but it certainly remains to be seen whether that can sustain an indefinite amount of entertaining television (not to mention that if true, it’s flagrantly in opposition to Stewart’s truth-telling, can’t-censor-me persona). The most obvious benefit of Stewart’s return to television, at least for now, is in what hasn’t changed — the vanishingly rare, elementally reassuring feeling of someone looking at the same news you are, feeling the same alarm, and saying you’re not alone in feeling a deep alienation or sadness or outrage at what’s going on.