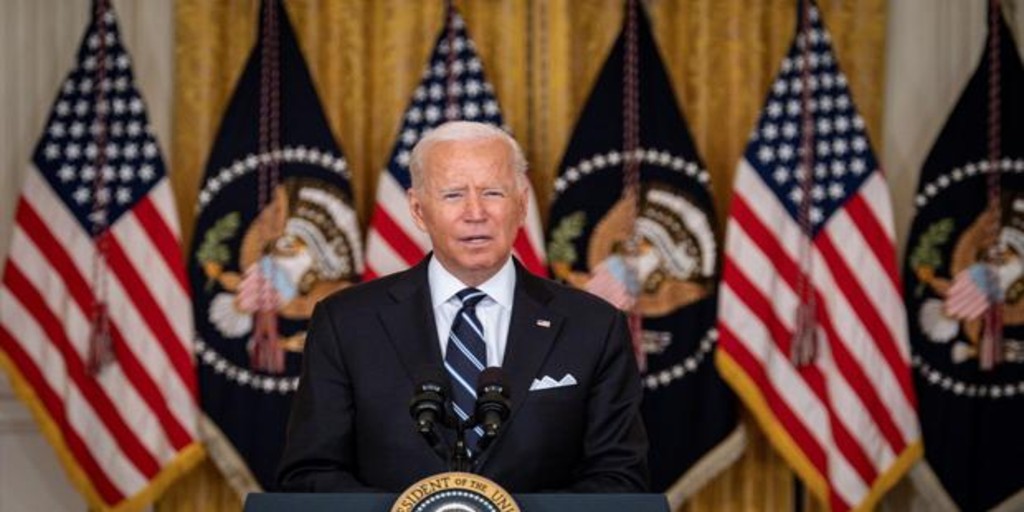 The tide of history has turned when it collided with Biden, that rock. A fat rock. A guy who, being able to leave a warning and six thousand soldiers in Afghanistan, enough to maintain the ‘status quo’, has preferred a narcissistic pirouette in which the chrism has been broken. Being difficult to get into the magic of a granite cube, I see it like this: he wanted his own preventive Nobel Prize in the manner of Obama; It seemed to him that a decision by others, such as the withdrawal of troops, could not harm him, a mere executor; believed in intelligence reports that the return to power by the Taliban would take three months, as the 350,000 uniformed Afghans were going to resist something.

they had cost the United States a hundred billion dollars in weapons, training, and salaries. After three months, the great cobblestone would have capitalized on a peace of props thanks to the fact that another army, the intellectual and mediatic one that moves and moves all the beautiful souls of the West, would have been in charge of building the story of its flawlessness.

But even so, why didn’t the Biden monolith leave behind that remnant of six thousand men with which fatality ceased to be fatal, with which the fallen and what was spent would not have been in vain? Because we are in the age of entertainment and he wanted a final scene in which peace triumphs from his hand. The peace of fiction, be careful. Not the peace that requires preparing for war but the peace that, translated into real life, precipitates war. The peace of passing through the triumphal arch, the immeasurable sacrifices of others to hunt you in flight for the tin medal and the applause of the softened mass, just anti-war. I repeat that in the reasoning of the porphyry this is a spectacle, a work of fiction for the Obama marquee that the flint would be riding on the blood of many. In its script, the play ends with the departure of the last soldiers -the last, if the dramatic effect is not lost- and ends with the final image of a group of Afghans wearing hijab -a voluntary and idiosyncratic thing- addressing her gender studies master’s class. The End.

What happens after the end is, by definition, another movie. Do not mix me works. Biden is the hero of this one. But lo and behold, the final planned scene cannot be recorded. Western intelligence is once again revealing itself as useless rubbish and, unlike JFK, they have not turned to an outstanding student of game theory to explain what anyone understands … except American intelligence: the mere announcement of the total withdrawal will provoke the immediate seizure of the territory, and also of the weapons, without firing a shot, thanks to the more than foreseeable massive desertion of a cheap Army, corrupt to the core. And, as we know, what is recorded is a copy of the departure from Saigon. They can always say that it is a tribute.