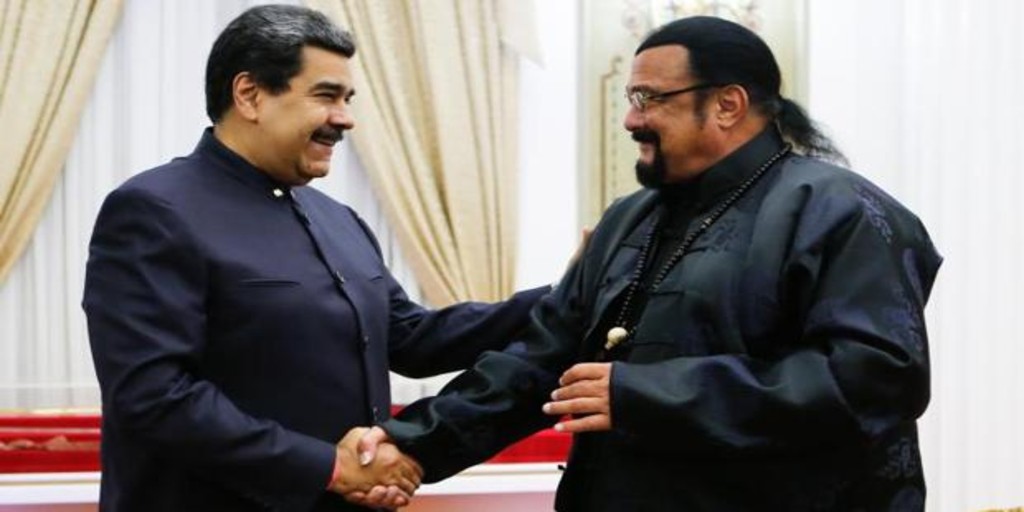 Here, the headlines of the day where, in addition, you can find out all the news and the latest news today on ABC. Everything that has happened this Friday, May 7 in the world and in Spain:

The US opens up to negotiations with the Maduro regime

US diplomacy has formally changed the course set so far with respect to the crisis in Venezuela And, in an important twist with respect to the position of the previous Administration, it now affirms that the solution must be negotiated, without the condition that existed before Nicolas Maduro, accused of serious offenses against human rights, will step down from power. Furthermore, the State Department has just stated that those who must validate the new National Electoral Council (CNE) must be the Venezuelans themselves, without openly criticizing their composition, as the interim government and the general secretariat of the Organization of American States have done.

The acting Ecuadorian president, Lenin Moreno, who will deliver power at the end of the month to the conservative Lasso, accused the Venezuelan Nicolas Maduro to intervene with their “bloody and corrupt hands” in the violent protests in Colombia, to destabilize the Government of Iván Duque and requested the cessation of its interference in the neighboring country. His frontal accusations against the Chavista regime were made in a forum entitled ‘Defense of Democracy in Latin America’ held in Miami and organized by the Inter-American Press Association (IAPA), where he participated as a keynote speaker before the presidents of Argentina, Brazil, Chile, Colombia, Paraguay and Peru.

Dozens killed in protests and clashes in Colombia

The marches still do not stop in Colombia. But more voices have joined in calling for a prompt dialogue to be opened and the violence to cease regardless of the flank. The cost in lives has been very high and painful. According to a balance sheet on Wednesday, some 80,000 people took to the streets on that mostly peaceful day. The Defense Minister Diego Molano, provided figures on the impact, mainly, with vandalism against urban infrastructure, looting and attacks on police headquarters, and noted that there were 352 concentrations, 265 marches and 193 blockades in some 250 municipalities of the country.

The Israel military justice confirmed the leaks made by the intelligence services to the local press in recent days and He formally accused Juana Ruiz Sánchez of financing a terrorist group. The lawyer for this 62-year-old Spanish humanitarian worker, who has lived 35 years in Gaza and the West Bank, will present allegations on Monday. The family described this process as a “brutal attack against solidarity with the Palestinian people” and issued a statement signed by eighty organizations to defend Juana’s “rigor and professionalism.” The family believes that the ultimate goal of the Israelis is “to end cooperation with humanitarian organizations and (…) silence the voice of all aid workers.”

The president of Argentina, Alberto Fernández, backs down and will travel to Spain

The Argentine president’s trip to Madrid has become a serialized soap opera. Scheduled for Monday, the Casa Rosada canceled it on Tuesday and this Thursday rectified and put it back on the agenda after hhave left the King and Pedro Sánchez planted, with which, except for another twist, it will be seen, as originally agreed, on Monday.

The tension between the governments of Germany Y Morocco appeared to have calmed down after the threat of diplomatic severance in March, but Rabat He has called his ambassador this Thursday for consultations, Zohour Alaoui, in protest that Germany “has multiplied hostile acts and actions against superior interests” against the country, according to a statement from the Foreign Ministry.