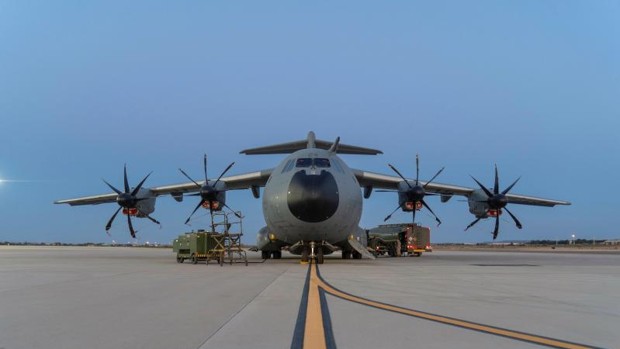 The latest news today, in the best headlines of the day that ABC makes available to its readers. All the news of Wednesday, August 18 with a complete summary that you cannot miss:

Three messages on the social network Twitter to record the takeoff of the A400M aircraft from the Zaragoza base and their arrival in Dubai. That has been the public presence of the president of the government, Pedro Sanchez, before Spanish society to address the crisis in Afghanistan, where 25 Spaniards – three diplomats and security personnel – are at the Kabul airport awaiting repatriation; as well as collaborating Afghan personnel whose number is still undetermined but stands at 400.

Spain has offered to the European Union to centralize the distribution of evacuated Afghans who have worked for the European Commission and its agencies in the area. This was confirmed on Tuesday by the High Representative of the Union for Foreign Affairs and Security Policy, Josep Borrell, who stressed that Europe “He cannot abandon himself to fate” to its citizens after the arrival of the Taliban and the imposition of the regime.

Mauritanian coast guard teams have rescued a dinghy with 7 survivors on board, which sailed for the Canary Islands on last August 1 from Morocco with more than 50 occupants, who have died of hunger and thirst on the way.

The families of the fallen, between pain and admiration for fulfilling a mission

Trying to make sense of the loss of a husband or brother in an armed conflict more than 6,000 kilometers away from your home can be the lifeline to find a consolation that allows you to fall asleep and reduce the pain of these deaths.

Map of the coronavirus by municipalities in the Valencian Community

Around 220 of the 542 municipalities in the Valencian Community remain at extreme risk for the coronavirus, with a cumulative incidence in the last fourteen days above 250 cases per one hundred thousand inhabitants, the threshold set by the Ministry of Health to establish the maximum level of alert.

“We are fine. The embassy has already contacted us »

Second day in Kabul just 500 meters from the international airport, hosted in the home of a relative. Seventh since FA, an interpreter who collaborated with the Spanish Armed Forces for seven years (2007-2013), and his family (five children and his wife) left their home in Qala-I-Naw, were in hiding for three days in Herat and they will travel more than 800 kilometers for 23 hours to the Afghan capital, to try to catch a plane that will take them out of Afghanistan towards Spain. Day after day this interpreter has conversations with ABC to explain how he and his family are doing.
This is his testimony:

The Valencian Community has notified this Tuesday 765 new positives in coronavirus. One of the lowest daily contagion figures in recent weeks, which is clouded by a tragic fact. The region has registered 18 more deaths over the last seven days, which bring to 7,593 the total of deaths since the start of the pandemic.