Madrid will open the hotel business until 0.00 hours and the curfew declines 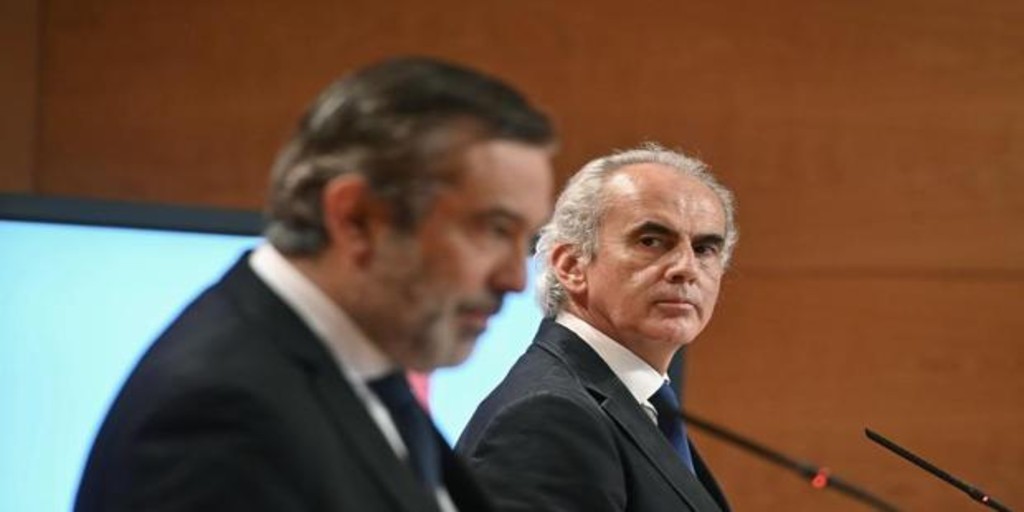 Madrid will not have a curfew and the hospitality hours are extended until 0.00 hours from the end of the state of alarm, as just announced by the Minister of Health, Enrique Ruiz Escudero placeholder image. The Madrid authorities call for the prudence of the citizens, and remind that they should not group together and that consuming alcohol on public roads “is prohibited in Madrid”, while advancing that there will be a “specific plan against the bottle.” The prohibition of meeting in homes, given the legal limitations, now becomes a recommendation, and the entry and exit limitations are maintained in zbasic health areas, adding a new one: Leganés Norte, in the municipality of Leganés.

In this sense, Public Health perimeter from next Monday, May 10, this basic health area of ​​North Leganés, and maintains the others that were already confined, except the following, which will see the restrictions lifted: Mayor Bartolomé González in the municipality of Móstoles; Silvano (Hortaleza) and Villa de Vallecas (Villa de Vallecas), in the municipality of Madrid; and the towns of Manzanares el Real and San Agustín de Guadalix.

The Minister of Health, Enrique Ruiz Escudero, thanked the efforts of the Covid controllers who were on May 4 in all the polling stations. Regarding the epidemiological evolution, downward trend confirmed: “The accumulated incidence data has been declining for ten consecutive days, and is now at 327 cases per 100,000 inhabitants at 14 days and from 130 to 7”, he pointed out.

As for those hospitalized, there are 2,454 people, of which 1,913 are in the ward and 541 in ICUs, with a decrease of almost 200 since last week. Starting next week, the scenario that arises is new because “at 00:00 hours on May 9, the state of alarm declines, and all the decrees of the president in this regard,” including the curfew.

Ruiz Escudero recalled how the criteria of Justice have been disparate on the measures that were applied. For this reason, the Community of Madrid will establish a series of measures for the entire region precisely from 00:00 on the 9th: masks are still mandatory as they have been until now. Groups of people are recommended, both in houses and on public roads, not more than 6 people except cohabitants. And in homes, it is recommended that only cohabitants meet.

The hours of the hotel business are extended until 0.00 hours, and the limitations of 6 diners on terraces and 4 indoors are maintained. The gauges do not change with respect to the current one.

The Minister of Justice, Enrique López it has accused the central government of “legislative denial”, for opting for a decree law instead of drafting the promised Pandemic Law. Faced with the “legislative laziness” of the Government of Spain, says López, the region vto ask the courts for endorsement of the measures that are now being proposed.

For this, it will be addressed to the Superior Court of Justice of Madrid and, if necessary, to the Supreme Court. But he has warned that the end of the state of alarm will not mean lack of control over the pandemic. Both he and the counselor Ruiz Escudero have insisted on also asking citizens for prudence because the health crisis continues.

There will be a specific anti-bottle plan, have announced, while remembering that drinking alcohol on public roads is prohibited in the Community of Madrid.

López has also appealed to the Government Delegation to have the help of the National Police and the Civil Guard in the control tasks carried out by the local police in Madrid to enforce the new control measures of the Covid-19.