Meghan Markle and her € 3,500 Armani dress for the interview with Oprah Winfrey 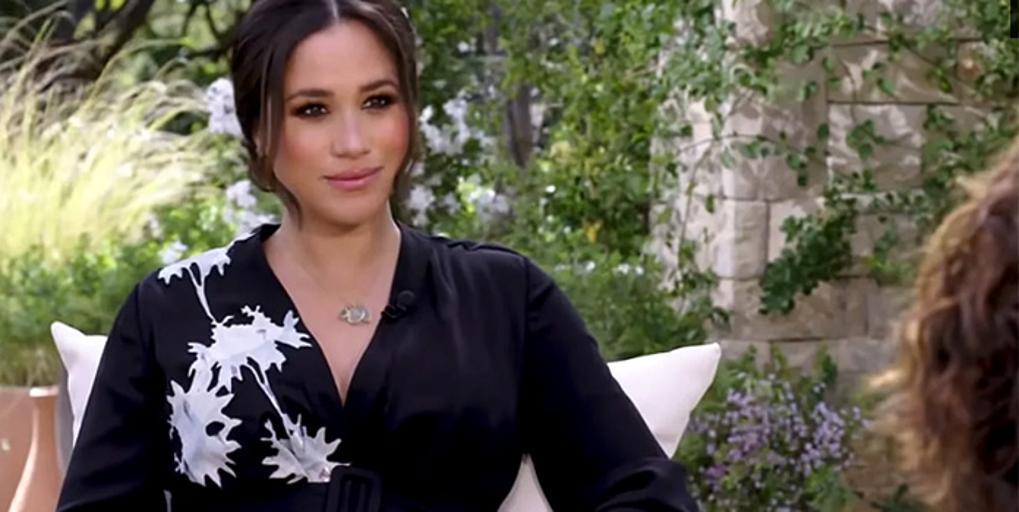 The Oprah Winfrey interview with the Duke and Duchess of Sussex was undoubtedly one of the most anticipated moments in recent weeks, since in full Golden Globes an advance of the conversation was released, a teaser in which CBS was already advancing some of the controversial topics to be discussed with Prince Harry and Meghan Markle and in which Oprah herself described the story as “shocking” and revealed that the actress qualifies her 20 months as a member of royalty as “Almost insurmountable”. An interview examined to the millimeter and in which the style of the own Meghan Markle he also had a lot to say.

For the interview, Meghan chose the color black, as Lady Di did in her day in the controversial interview granted in 1995 to the BBC and that these days is so topical. The Duchess of Sussex has opted for a dress of Giorgio Armani for 3.500 euros, a model in silk georgette with a V-neckline, midi length and a belt under the chest, which already enhances her visible pregnancy. A very flattering model that is currently available on the brand’s website.

The rest of the styling

For the rest of the outfits, Meghan has opted for the model Purist Pump 85 de Aquazzura (495 euros), one of its leading footwear firms.

As for jewelry, he opted for his Birks Bee Chic Blue Topaz Earrings (600 euros) and its pendant in yellow gold and three aquamarines, Pippa Small (1,600 euros). In addition to the bracelet Love de Cartier (6,600 euros) and some other jewel with a lot of meaning.

The wink at Lady Di

One of the strong points of the meeting were undoubtedly the statements that Prince Harry has made about his mother and that they advanced in promoting the interview: “My biggest fear was that history would repeat itself”, commented alluding to the tragic death of the princess in a fatal accident in the Tunnel of the Soul in Paris, on August 31, 1997.

And if the color of Meghan’s dress is already reminiscent of the black tailored suit that Diana wore in her interview, there were other nods to the memory of the Princess. Matching the Cartier bracelet, Meghan chose one diamond bracelet that he had already worn on previous occasions and that belonged to Lady Di; without a doubt a tribute and I remember Diana, so present in the lives of both, as they themselves have related.