Migration via Belarus: the situation on the Polish border escalates 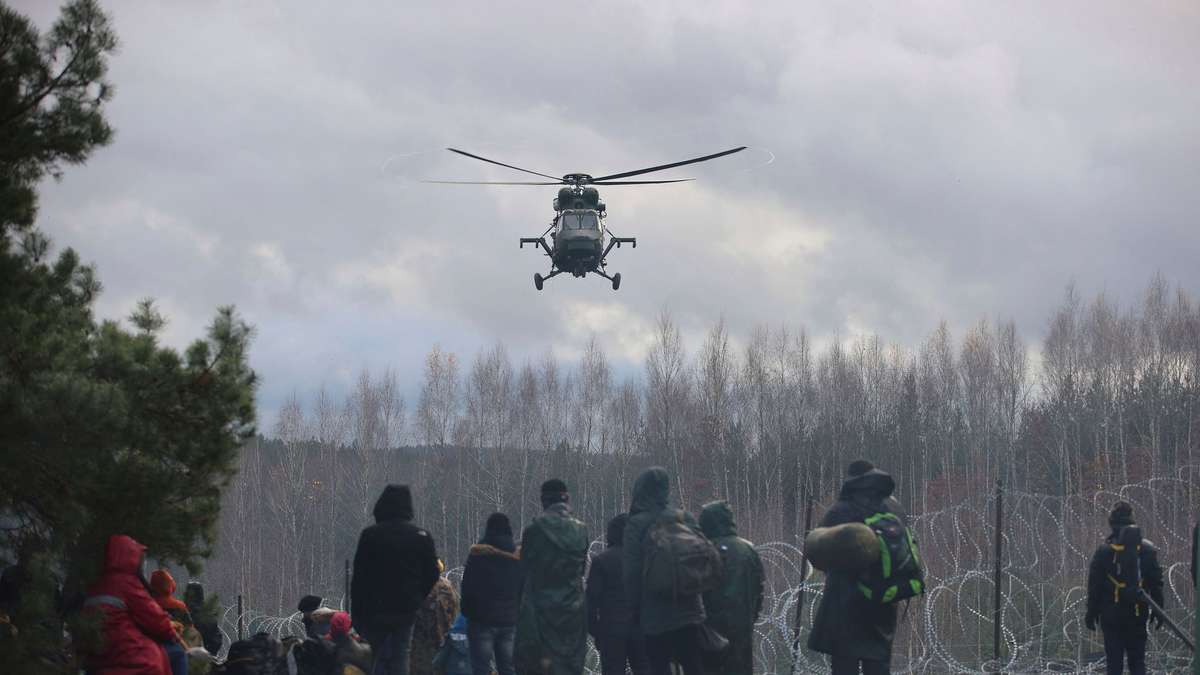 The Belarusian ruler Lukashenko is accused of smuggling people from crisis regions into the EU in a targeted manner. Thousands have now arrived at the Polish border. The situation is becoming more critical.

Minsk / Warsaw – Poland is closing a border crossing with Belarus following the recent influx of migrants. From 7:00 a.m. on Tuesday morning, border traffic for goods and people at the Kuznica crossing will be stopped, the border guard announced on Twitter.

Travelers were asked to use the border crossings in Terespol and Bobrowniki – around 230 and 70 kilometers from Kuznica. On Monday, large groups of migrants near Kuznica tried unsuccessfully to break through the EU’s external border from the Belarusian side.

Up to 4,000 people are waiting at the Polish border

According to the knowledge of the Polish authorities, there are currently between 3,000 and 4,000 migrants in the Belarusian-Polish border area – many come from crisis areas such as Afghanistan and Iraq. Videos published on Monday evening on social networks could be heard as Polish officials warned people in a makeshift tent camp over loudspeakers about illegal border crossings into the EU. State-affiliated Belarusian media reported alleged shots on the Polish side, citing the border guards of the authoritarian country. There was initially no official information from Poland.

The government in Warsaw and the EU are accusing the authoritarian Belarusian ruler Alexander Lukashenko of targeting people from various crisis regions in order to smuggle them into the EU. Lukashenko, who was repeatedly criticized as the “last dictator in Europe”, had declared that he no longer wanted to stop refugees on their way to Europe – as a reaction to sanctions against his country.

In view of the situation on the Polish-Belarusian border, EU Commission President Ursula von der Leyen called for additional sanctions. Belarus must stop the “cynical instrumentalization of migrants”, said von der Leyen on Monday evening. “I call on the member states to approve the extended sanctions regime against the Belarusian authorities responsible for this hybrid attack.”

In particular, the EU is working on sanctioning third country airlines that are involved in the transport of migrants to Belarus. EU Commission Vice President Margaritis Schinas said he would be traveling to the migrants’ countries of origin and transit in the coming days.

The group leader of the European People’s Party in the European Parliament, the CSU politician Manfred Weber, spoke out in favor of “tightened sanctions against Lukashenko and his environment”. “The European message has to be: It’s enough!” Weber told the newspaper “Bild”. The EU response to Lukashenko’s actions must be “united and determined”.

Weber was critical of Turkey – one of the countries from which migrants flew to Belarus. “If the Turkish President (Recep Tayyip) Erdogan now attempts to blackmail the EU by means of numerous migrant flights from Turkey to Belarus, an unequivocal answer is needed,” Weber said. “He will fail as much as he did with his attempt to smuggle migrants across the Greek-Turkish border. The Commission must immediately start talks with the Turkish government. “

Seehofer: We have to help the Polish government

The acting Federal Minister of the Interior, Horst Seehofer, also called for commitment from Brussels: “We have to help the Polish government secure the external border,” said the CSU politician of “Bild”. “That would actually be the task of the EU Commission. I now appeal to them to take action. ”Poland and Germany could not cope with the situation on their own.

However, according to its own statement, the EU Commission has already encouraged Poland several times to accept aid. The EU border protection agency Frontex, the asylum authority Easo and the police authority Europol are ready to help with the registration of migrants, processing of asylum applications and the fight against smuggling, it said on Monday.

Lukashenko not recognized by EU as president

The EU has not recognized the 67-year-old Lukashenko as head of state of Belarus since last year’s presidential election, which was widely considered to be falsified, and has also imposed punitive measures in this context. Lukashenko is supported by Russia, among others.

The district court of Görlitz has ordered a 23-year-old suspected smuggler in custody. He is said to have driven a van with 27 illegally entered people in Görlitz on Tuesday, as the federal police announced on Wednesday. The people in the transporter – including children, women and men – sometimes suffered from shortness of breath and were dehydrated. 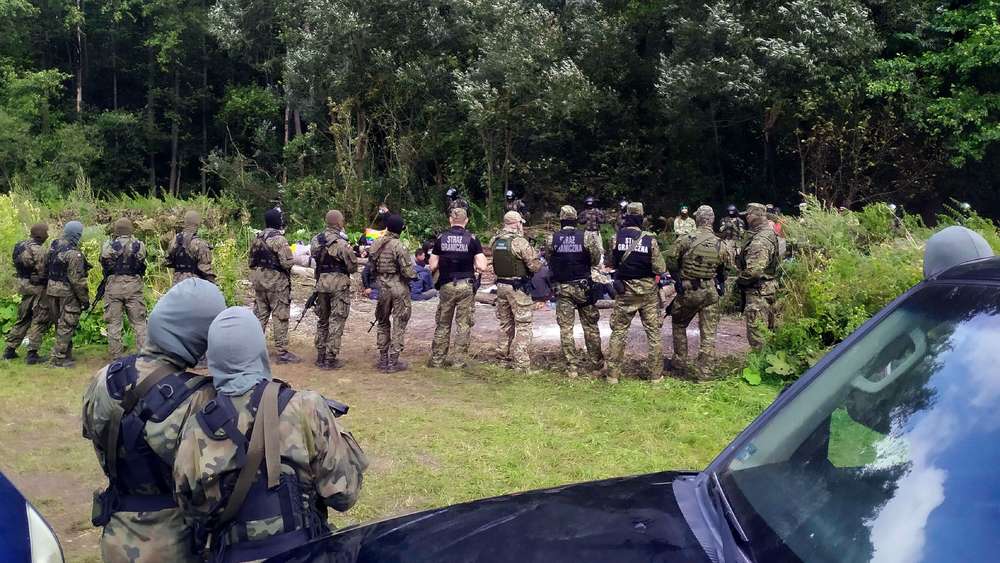 The EU states Poland and Lithuania have reported thousands of border crossings in the past few months. Germany is considered a main destination for migrants. Human rights activists repeatedly demand help for people stranded in the forest and warn of a humanitarian catastrophe. Several migrants have already died in the border region. dpa