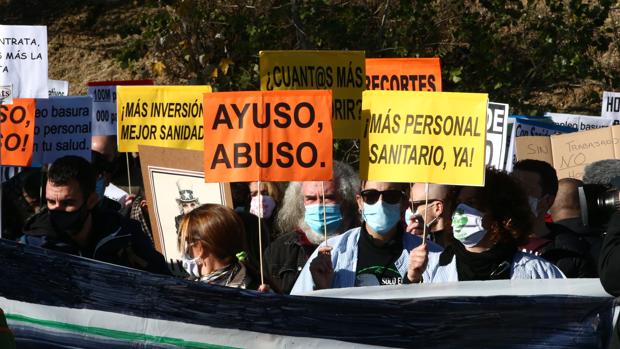 The worst thing about turning health care into a strictly ideological cause, as the Government, the parties of the left in unison and the unions do, is that any criticism, however legitimate it may be, loses its reason for being when it is based on lies or a mere harassment and takedown operation. The Community of Madrid yesterday inaugurated a new public hospital, the “Nurse Isabel Zendal”, destined to host Covid-19 patients. It is the first center against pandemics in Europe, and beyond questionable organizational and labor issues that will always be improvable, it has the objective of decongesting other hospitals so that patients with different ailments, or even from other autonomies, can be treated in the best possible conditions. The opening of a hospital should never be bad news, and even less during such a serious autumn. On the other hand, it is true that this hospital is the object of complaints from the left, as unfounded as they are sectarian, because it is undoubted that Madrid, governed by the PP, continues to be a preferred target. And to achieve this, there is nothing like ideologizing even viruses. Isabel Díaz Ayuso opens a hospital and almost has to apologize because it still isn’t working 100 percent. On the other hand, Fernando Simón can openly lie in “prime time”, do demagoguery with every word, hide which experts advise him, and the left makes him an undeniable icon. There is the case of Ximo Puig at the head of the Valencian Community: he inaugurated three field hospitals in the worst stage of the pandemic, today he keeps them closed, and there is not a single “white tide” with pans before the headquarters of his government demanding “Dignity of wages”, more means, more research…. El Zendal is the symptom of an operation designed to bring down Madrid. If not, what explanation does he have for health employees to censure the opening of a public hospital, if it is the “defense of the public” that they demand? What explanation is there for the unions, after mobilizing extreme campaigns against cuts for decades, are now complaining that Díaz Ayuso is allocating one hundred million euros to a new hospital? The answer is elementary: the left incurs in an improper appropriation of “the public” and only what the PSOE and Podemos do for health is meritorious. The others do not even have the right to claim their management. Hopefully in a few months we can say that the Zendal was unnecessary. It would be a very good sign. Madrid was already criminalized when it opened a provisional hospital in the Ifema facilities, and afterwards its success – a triumph of all its health workers – had to be recognized even by Pedro Sánchez. Yesterday, a very small group of toilets cheered by the unions shouted slogans such as “it’s not a hospital, it’s a hit,” or “it’s not a hospital, it’s a set”, forgetting the number of televisions that many of them visit in hours work to denounce their eternal abuse as a mantra. Only in the communities of the PP, it is understood. In the rest there are never conflicts. However, they forget what their behavior also means of contempt for the professionals who go to work at Zendal. Are they not doctors, nurses, assistants, orderlies, or “public” administrators? Are they just troupes from another political operation of the “extreme right”? Are they props actors or do they save lives? Ideological dogmatism should have a limit. And since the left does not have it with education, it should at least demonstrate it with health. A matter of dignity.