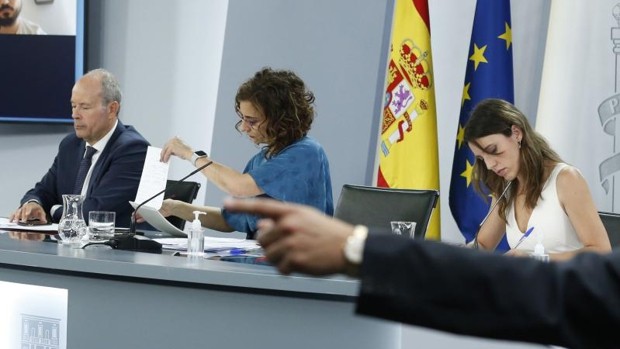 This afternoon the President of the Government meets, Pedro Sanchez, and the president of the Generalitat, Pere Aragonès. It is the first meeting between them as presidents and also the first between the central and regional administrations after the prisoners of the ‘procés’ they were pardoned and left the prison. Thus they begin a process that will be long, as they already warn from both parties, but for which they are not in a hurry.

The Government insists that this afternoon’s meeting serve “as starting point” for the new stage in which the territorial conflict is framed. The Minister for Finance, Maria Jesus Montero, has assured at the end of the Council of Ministers that they will seek to work on “that new relationship based on shared solutions, dialogue and harmony ”.

The spokesperson will appear after the appointment between Sánchez and Aragonès to give an account of the contents treated on behalf of the Executive. The Generalitat will do the same for its part.

As ABC explains today, the first time that Sánchez received Quim Torra as president of Catalonia, they did not know each other. With Aragonès the opposite will happen: they have seen each other on several occasions and have talked a few more. They have multiple channels of dialogue for a few years that they have been reinforcing. And the coalition government in fact trusts Aragonés as one of the best profiles that ERC has to modulate its attitude and improve the relationship.

Sánchez yesterday expressed his “absolute respect” for the work of the Court of Accounts in relation to the cases open to the independentists. A few days ago the Minister of Transport, Jose Luis Ábalos, called it “stones on the road.” The Prime Minister assured that “never” have given or will give “instructions” from the Government. But he did remember that the TCu’s resolutions can be appealed.

“It must be remembered that the Court of Accounts is not a judicial body, it is an administrative body. Right now the work processes are continuing, there is no firm resolution, and those resolutions can be appealed before the courts, ”said Sánchez. The Minister of Equality, Irene Montero, advocated yesterday to “eliminate” the causes for «Leave absolute protagonism» to «politics, dialogue and agreement ».

Asked about these statements, the Minister Spokesperson stressed “The absolute respect of the Government for the resolutions” that marks the Court of Accounts. And he has taken the opportunity to accuse the Popular Party of “blocking” the renewal of this and other constitutional bodies. Regarding the dialogue table between the central and regional governments, Montero calls on the independentists for a “constructive attitude” and a “climate of normality” that can make the meetings effective to “rebuild the coexistence of Catalonia.”