Music, screams and alcohol in buckets tied with sheets at the Covid bridge hotel in Palma 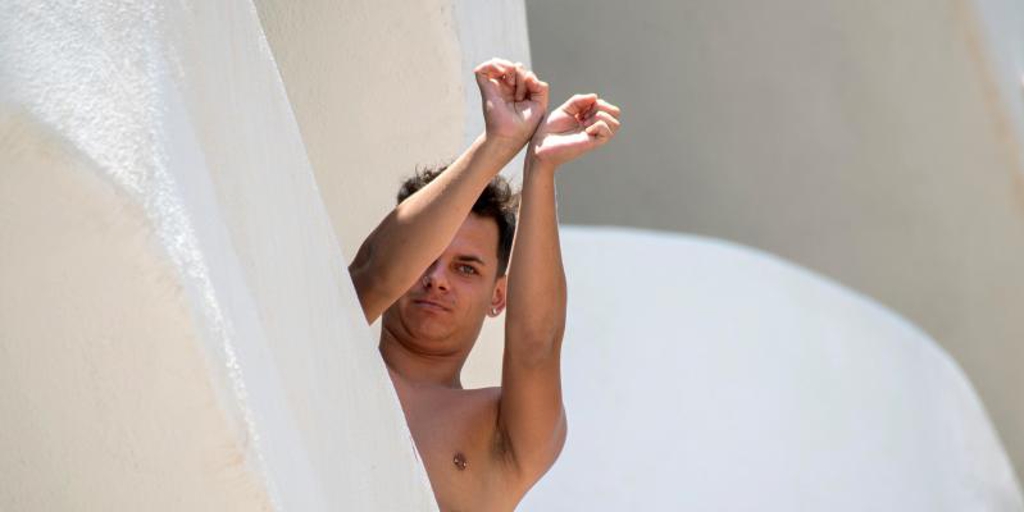 Kidnapped, but partying. Several of the 265 young people confined in the Hotel Palma Bellver They have staged parties in their rooms playing loud music, shouting, throwing objects outside and even drinking alcohol that, according to members of the establishment’s security, have provided bars on the Paseo Marítimo in the Balearic capital by means of buckets tied with sheets.

The jarana has reached such a level that Palma Local Police agents have appeared at the ‘Covid bridge hotel” to complaints from individuals and clients of nearby hotels. The police team saw several students listening to music, shouting at people passing by on the street and throwing objects outside from the balconies of their rooms. The agents demanded that they depose their attitude and the young people paid attention to them.

Meanwhile, the avalanche of habeas corpus applications driven by dozens of parents of students it begins to meet with the first judicial rejections. The Palma guard court has rejected the first three petitions, thus rejecting the fact that the young people are being held illegally in Mallorca. The court considers that this constitutional right, which assists those detained arbitrarily, illegally or with abuse of authority, is not applicable in this case. In addition, the head of the Court of Instruction number 5 of Palma, Ana San José, has rejected this Tuesday the request of the father of a minor from the Community of Madrid.

They report lack of food and medical attention

In the resolution, the magistrate considers that the case of the student “cannot be framed” in the regulations governing the habeas corpus procedure because the minor “is not detained for the perpetration of any crime” but for reasons of public health . “The action of the administrative authority is within the scope of its competence and has followed the corresponding procedure for its adoption and ratification in the contentious-administrative jurisdiction,” says the order collected by Europa Press. Therefore, the magistrate considers the petition “inadmissible” and denies the measure, although it clarifies that the father of the minor can request extremely precautionary measures in the contentious jurisdiction.

In the request, the Palma lawyers Luis Baena and Bochiká Bitata They claim that the hotel manager prevented them from interviewing the young people on the grounds that it is private property. The text emphasizes that the students have tested negative and that they “did not have any kind of physical contact” with the group of Covid-19 positives, since they arrived between June 26 and 27 and the positives are from June 21.

Likewise, they assure that the majority of students “have not eaten at the hotel that is holding them, or they have only been given water for breakfast” and that they have not “been treated medically when they have requested it.” “They tell us that there is a minor who says that he is going to throw himself off the balcony if they do not let him out,” add the lawyers, who demand “intervention and judicial control of all these detentions that are clearly arbitrary and disproportionate.”

Despite these first setbacks, dozens of parents of students are filing habeas corpus applications. The parents of 20 Madrid students did so this Tuesday morning and it is expected that there will be dozens of more requests from other parts of Spain. In any case, another judge, this time from the contentious-administrative one, will rule in the next few hours – she has until tomorrow Wednesday – on the legality of the measure promoted by the Government.

In the meantime, the Balearic Government continues trying to react against the mega outbreak and its consequences. After President Francina Armengol announced through Twitter last Monday night that there would be sanctions, the insular Executive will propose a fine of 200,000 euros against the promoter of the reggaeton concert held in the Palma bullring on 15 June, considered one of the main sources of contagion.

Another focus of the mega-outbreak that has yet to be identified are boat parties, in underground hotel discos or in the parking lot of a water park. As reported by the Minister of the Presidency, Public Function and Equality, Mercedes Garrido, the Government is investigating these celebrations using videos, images and statements of the young people who have been present.