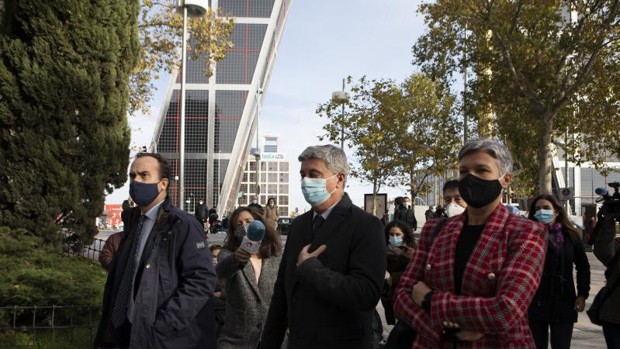 The managing attorney of Neurona Comunidad, Elías Castejón, denies that his company was constituted “ad hoc”, as the judge says, to contract with United We Can in the general elections of April 2019 and assures that was born for the expansion in Spain of the Latin American matrix Neurona Consulting.

«For some reason that this part ignores, we continue to insist on the hypothesis that Neurona Comunidad was created ‘ad hoc’ for this contract. Nothing could be further from reality, since it is evident that this mercantile is linked to Mexican society Neurona Consulting », says in a letter sent to the court to which ABC has had access.

He assures that the company was created «to provide the same services that said mercantile had been providing in Latin America, extending to Spain “and it affects that this contract «Was the first of many others that followed, as stated in the company’s accounting and Udef itself has confirmed in its various reports.

In total, the company pocketed more than 425,000 euros, because in addition to the 363,000 from the aforementioned electoral contract, there are income from other Podemos coalitions that are also being investigated.

Castejón is accused in the Court of Instruction number 42 of Madrid that investigates Podemos and several of its members for that contract suspected of being false in what could constitute an electoral crime or irregular financing.

The fact that constituted the company commissioned by the Mexicans César Hernández and Andrea Edlin, denies being a front man, as Udef says and urges the judge to summon his interlocutors with the partners, the lawyer Germán Cobos and Neurona Consulting worker Waldemar Aguado already waging a rogatory commission to clarify it.

He considers that the police vision is “irrational” since the names of the partners are recorded in the Mercantile Registry and therefore “it is evident” that he is not hiding his identity, as a figurehead would do, and he also denies the claim that Neurona did not play a role. real economic activity.

«They understand that a company without workers is a fictitious company. Nothing is further from reality. Neurona Comunidad did develop a real economic activity: the one carried out in Mexico by its partners and owners, setting up this Spanish company to extend its business activity, “he assures.

He insists that he managed and paid taxes in what is “a perfectly legal operation” that consisted of subcontracting to a Mexican company to do the work. To that merchant, Creative Advance Interactive, traveled the bulk of the electoral money received by Neurona Comunidad.

A provision of funds

Regarding the payments that Castejón received, the document details that the transfers from Mexico for amounts of 1,512 and 1,472 euros in March 2019 were due to “the first monthly payment” of the “agreed match” and to “a provision of funds required to meet the expenses of the notary’s office “and other fruit of the incorporation of the company.

“Obviously, on March 22, it was impossible for Neurona Comunidad to face the payment of said monthly payment and provision of funds because said company had not yet even activated the bank account with which it would later operate. Hence, such payments were made by the founding partners through the company linked to its Spanish subsidiary, “he explains.