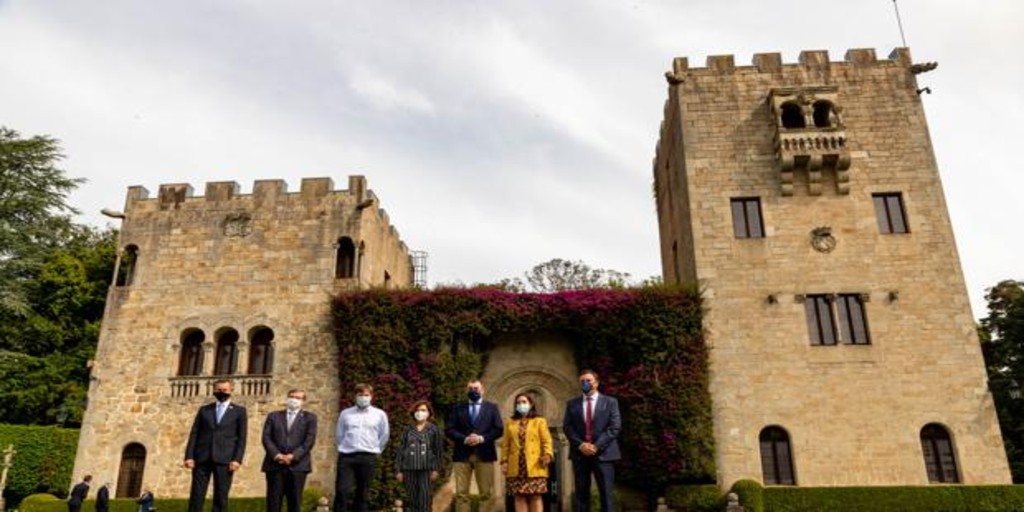 Some celebration, many photos and signing of documents. The gardens of Pazo de Meirás will open from this Thursday, day 1 July, to the public seven months after Franco’s former summer residence passed into the hands of the State. The Vice President of the Government, Carmen Calvo, visited the facilities this Saturday at the signing ceremony of the general protocol for the temporary coordination of actions between the different institutions that thus confirm the reopening of the Meirás exteriors. Visitors will only be able to see the gardens. There is no news of a possible reopening to visitors inside a pazo that for more than 80 years belonged to the Franco family. Neither the vice president and minister of Democratic Memory has referred to it in the act of this Saturday, nor did she give subsequent statements to the media.

Representatives of various administrations attended the signing of the protocol. Among them, the Minister of Culture, Román Rodríguez, the president of the Coruña Provincial Council, as well as the mayoress of La Coruña and Sada. Yes, the head of the Xunta’s Culture portfolio has spoken about the possible reopening of «the Meirás towers». There were no dates, but the “firm commitment” has been assured of the Galician Executive so that it is carried out. This has been ensured by using Emilia Pardo Bazán, one of the figures most closely linked to Meirás, as an example.

Rodríguez also spoke about the possible expansion of the declaration BIC. It has confirmed, however, that the Xunta and the Government continue in dialogue to carry it out.

Be that as it may, the visits, officially, will begin on July 1, but for the institutions. The assistance for the first days of the reopening of the exteriors of the Pazo are already reserved to historical memory associations. The general public will be able to start visiting the facilities opened by the State from next day 4, sunday. The system to access the exteriors of the pazo will be by appointment, as specified by the council of Sada, also to control the capacity. In principle, there will be a person who will act as a tourist guide for interested visitors. Carmen Calvo has assured that it is “a new step”: “This is the place where many Spaniards will come to find the story of what happened,” she assumed this Saturday in Sada. “There is a lot of work to be done here,” he reaffirmed.

“Less photo, more memory!” Those were the first words Minister Calvo heard when she got out of her car after arriving at the entrance to the pazo. Not everything was flattery and good words for the government’s visit to Sada. Several protesters gathered to make the vice president look ugly at the event that was going to take place. Hearing him, the minister walked towards them. In a soft tone, as usual, he explained the position of the Government, while several of the people who crowded with banners demanded the return of Meirás to the people. But Calvo has preferred to give them his opinion, and that of his entire government. You have listened to what they had to say to you and subsequently thanked them “his fight”, something that “has facilitated” the State all the steps taken so far. But it did not stay there. He has also listed, as a reminder, all the “steps” that the central Executive has taken so far, as “the exhumation of the dictator”, you have specified. In addition, it has recognized that even «There is much to do”. A few words that did not seem to finish convincing the protesters who insisted on the need to end “everything that remains of the dictatorship.”