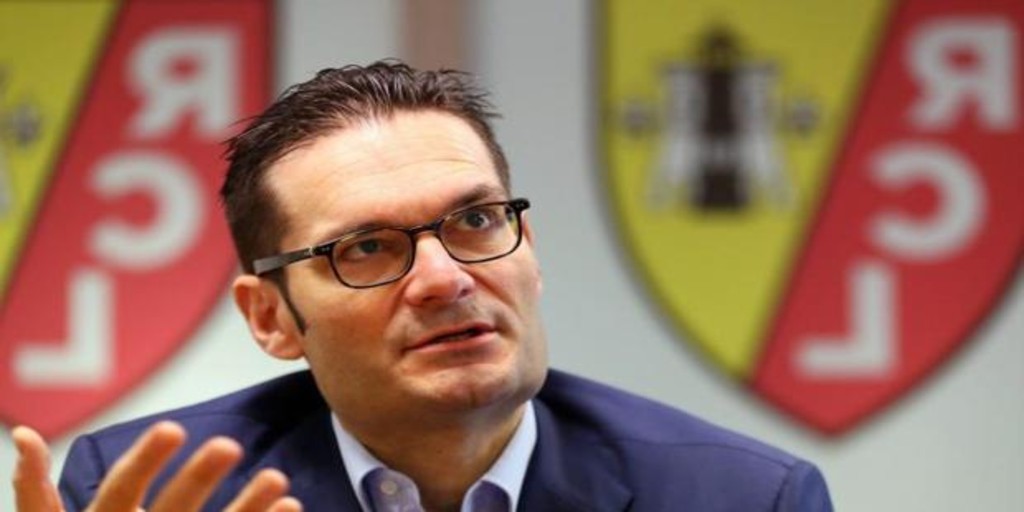 Grupo Prisa today held its last board of directors and subsequent shareholders’ meeting before the summer holidays. With some tension in the environment, as this newspaper advanced yesterday, the president of the media group, the inversor armenio Joseph Oughourlian, has explained the latest movements within the company. Thus, in addition to the approval of accounts, the management report and the non-financial information statements, the Prisa’s internal organism has given the green light to the appointments decided in recent weeks. In addition, it was proposed to Carmen Fernandez de Alarcón What Sunday counselor Representing Vivendi, the second largest shareholder in Prisa, with 9.9% of the capital.

The non-executive chairman of the group He also reminded his shareholders how the Board also approved last March a new organizational structure for the Group, with the aim, in his words, of facilitating the operational division of the Education and Media businesses (which includes Radio and News). “The new organization chart of the Group,” he said, “goes from having one CEO to having two executive directors, with differentiated responsibilities and circumscribed within the scope of their respective businesses. Thus, according to the proposal of the Board of directors, Mr. Manuel Mirat (current CEO of Prisa and whose re-election is proposed today to this shareholders’ meeting under item 4.3 of the agenda) would become executive director with responsibilities in the field of the Education business (Santillana). Mr. Carlos Núñez (whose appointment as director is proposed to this shareholders’ meeting in item 4.4 of the agenda) would be appointed executive director with responsibilities in the business of the new business unit Prisa Media ”.

Precisely, the appointment of both executive directors was the trigger for the tension that was perceived to be in the environment. As ABC advanced, therefore, the Polancos -founder family of ‘El País’, which currently owns 7.6% of the capital-He had asked to group his vote to that of the Mexicans Roberto Alcántara and Carlos Fernández, with 5% of the shareholders respectively. The objective was to combine 17.6% of the votes to be able to shield their status as dominicals from the rest of the Council. Faced with such a condition, Oughourlian wanted to underline that “Mr. Núñez has participated in a rigorous selection process that has been carried out in recent months under the leadership of the Appointments Committee, with the support of an external advisor.”

The President of Prisa He also wanted to leave a clear message “taking into account the current socioeconomic circumstances, as president I decided to reduce my salary by 50%,” he explained. The remuneration to the members of the Council was also reduced. The time has come to share efforts and leave behind the fact that cuts always fall on the template. I would like to stress that our commitment is to launch an ambitious growth project in which caring for human capital and talent is a priority ”.

During your speech, Manuel Mirat, made a balance of the last three exercises as Group CEO. “These last few years have been very intense and rewarding because, thanks to everyone’s efforts, we have refloated and established Prisa, and we have laid the foundations for a more than hopeful future,” he said.

He also wanted to remember the presidents who have trusted him, Juan Luis Cebrián, Manuel Polanco, Javier Monzón and Joseph Oughourlian. “Thanks to them and to the boards of directors that have presided over these years, for the trust they have always shown me.” Also “to the magnificent group of professionals and the different management teams that have accompanied me,” he said.

However, the controversy that floated in the environment came with the intervention of the shareholders representing the Polanco family and of the Mexican groups, who abstained in the approval of said appointments, with which they showed their disagreement. The reasoning was forceful, although they obtained evasive answers, as sources from both groups explained to this newspaper. “Within the aforementioned transformation process, since March 2021, Prisa has undertaken a process of profound internal reorganization, which includes the legal and economic separation of the two business areas of the Group (Media and Education). Following this separation process, it has been decided to replace the CEO of Prisa with two executive directors, who will not be CEOs of Prisa, but rather Executive Presidents of each of the business areas. The Timón group considers that the Prisa Board of Directors, in order to properly perform its functions, must have an adequate composition and structure, and include among its members one or two of its own CEOs who are clearly and directly responsible for the development of the business areas ».

In addition, the objective pursued by this new 17.6% of the capital: have greater representation on the board. Thus, the representative of the Timon Group, owned by the Polanco family: «From Timón’s point of view, a situation like the one described requires the absolute involvement of all the significant shareholders of Prisa and this means that he must ensure their adequate representation on the Board of Directors. Timón is already present on the Board through a proprietary director and has the firm will to remain present and actively contribute to supporting the company’s transformation process ”. And he added: “In the same way, the roots and the important presence of Prisa in Latin America also advises a greater representation of Latin American directors of relevance in its administrative body, as, moreover, has been the traditional practice of the company.”