On Friday the Queen’s Trophy begins 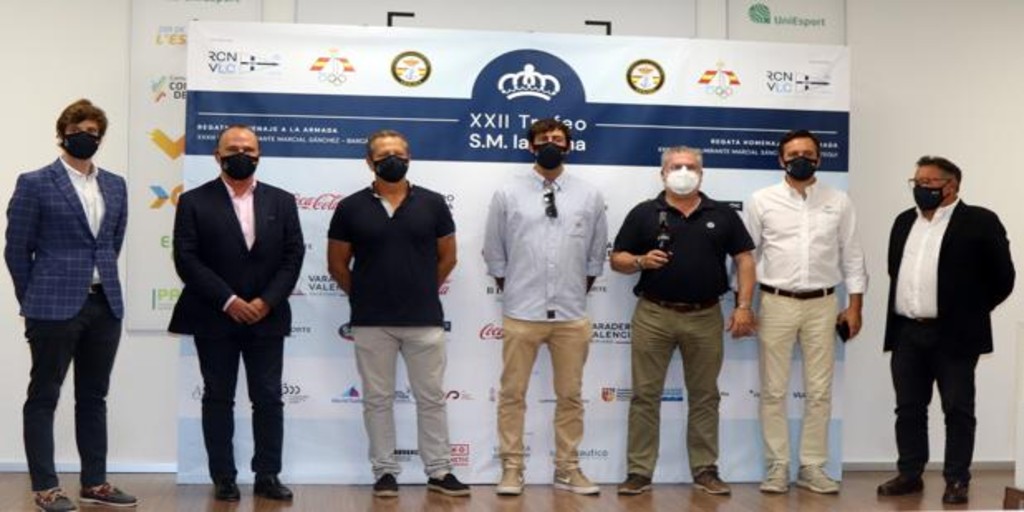 The XXII edition of the Queen’s Trophy will have more than five hundred sailors registered in the six categories that make up the regatta. The competition is organized by the Real Club Náutico de Valencia from July 1 to 4 in the waters of El Saler in what is already known as the Manel Casanova regatta field. The regatta is a tribute to the Navy and also represents the XXXIII Almirante Sánchez Barcaíztegui Cup.

The test will have almost 60 registered boats belonging to six different nationalities, although the vast majority of the fleet is national. The presentation was made today at the Trinidad Alfonso Foundation in Valencia. The tests will begin on Friday the 2nd after Thursday the 1st has been dedicated to the measurements of the sailboats and the presentation. The classes will also sail Saturday and Sunday in two regatta fields when the Queen’s Trophy will close with its delivery of trophies.

The emblematic Trophy returns after a year off with more force than ever and with a club focused on complying with all health safety measures. The president of RCN Valencia, Alejandro Fliquete, explained at the press conference: “I think it is the most emotional edition of all that we have organized because of everything we have and are going through as a result of the pandemic. We did not know if we could carry it forward, it has caught us on our feet changed, but our health advisers encouraged us to celebrate it and we went ahead. And the fact is that after we announced our regatta, Palma came out to confirm that they were doing the Copa del Rey, which shows that we were on the right track. Given how difficult it has been to organize the regatta in such a short time, I am sure that it will be a success in all aspects. We have a high level of boats despite the fact that several boats from outside our country have not been able to come due to the restrictions that must pass. We are also very proud to show everyone the work we have done in the club’s pool that will allow us to have an incredible Village where members and sailors will find themselves very comfortable ”.

Rafel Chirivella, director of the regatta, stated: “I want to thank the support of the Royal House that continues to support us and also the Navy that, as always, is with us with the regatta’s Commodore, Jaime Rodríguez-Toubes. For us, being able to organize this edition is like a dream. We have had a nightmare that still lasts. I would like to remember the victims of the pandemic, both the relatives of members and sailors who are no longer there. But we have to move on. The club has a strong promise to support this sport for 108 years. I think there are only a couple of clubs in Europe that can say they support sailing as much as we do. We have 60 boats which was our initial goal, although we thought it was a bit optimistic. In the end we have achieved it with the six classes and that number of ships. It has conditioned us a lot that the international crews have many restrictions to travel and it has been impossible for them to come, but we continue forward. I wanted to thank the club members for the response they have given when we propose to do the regatta again. When the members told them that we were going forward we have noticed that they are with the club and they support us one hundred percent ”.

Two sailors of different classes competing in the Queen’s Trophy were also at the press conference. In the most professional class, Varadero Valencia ORC 0-1, there are nine boats registered with a very important level. Among them is José Ignacio Vicent’s Phonemovil. The owner and crew of the DK46 is one of the regulars in the competition, although he has a thorn in the side of not having been able to win it: “Every year I aspire to make the podium, which I have achieved for a few years, but it is the home event and I have not won it yet, although I have won other important events such as the Palma Vela or the ORC World Championship. . This year we have sailed very little, but I think like everyone else so it won’t be a handicap. I think we have at least one crew to make the podium, although there is a high level in the ORC 0-1 class ”.

In the ORC 3 class competes the president of the club, Alejandro Fliquete with his Majoche, who advocates in a future edition to differentiate in the classifications the boats with professionals from those without them and pointed out about the RCN Valencia: “We want the cruise class to have many incentives to increase participation and, consequently, the level that is already very high.” A quality that the president transfers to his entire entity, which is a national benchmark: “Every time our club does more important things in this sport with success in almost all categories.”

Pau Chirivella, is the skipper of Praia, a Sun Liberty 34 that competes in the Promotion class. For the club member this is the class “That most represents the club because any member can compete with any type of boat, it is a very open class. We are all going to be able to enjoy the competition for three days, which is something that we usually cannot do. Being able to be part of a regatta like the Queen is amazing for the members. It is very good that the members can live this experience and share it with the great sailors who are going to meet at the club this week “, he explained.