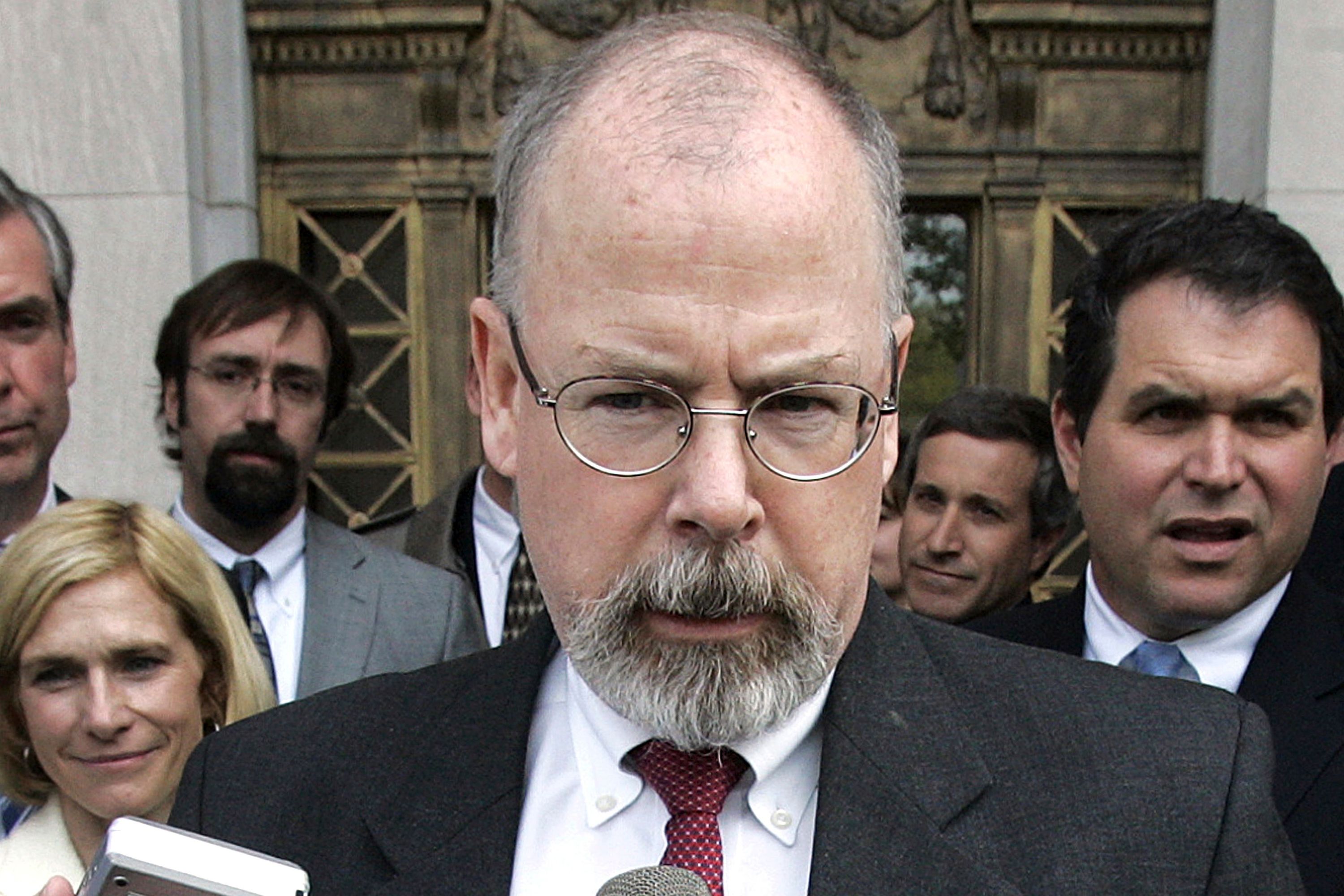 Even before the Sussmann indictment, Durham’s investigation was an enigmatic and curious effort. Throughout 2020, Trump and Barr teased the possibility of explosive developments prior to the election that never materialized, and the political pressure to find something appears to have prompted the resignation of a senior prosecutor on Durham’s team. Nevertheless, in October, Barr designated Durham as a “special counsel” in an apparent (though legally nonsensical) effort to entrench Durham if Biden won the election.

The only tangible result of the Durham investigation was the 2020 prosecution of a low-level FBI lawyer named Kevin Clinesmith that should have raised far more concerns about the conduct of Durham and his prosecutors than it did at the time. Clinesmith altered an internal email while working on an application to the Foreign Intelligence Surveillance Court in 2017 to surveil Trump campaign adviser Carter Page. Thanks largely to the conservative media’s amplification of Durham’s team — which, among other things, claimed that Clinesmith had been motivated by anti-Trump bias — many people took this to mean (a) that the altered email had somehow misled the court into approving the surveillance of Page and (b) that Clinesmith had deliberately tried to deceive the court.

Neither of those things was true. Durham’s team conceded at the last minute that there was “no indication” that the email, which concerned a relatively narrow factual point, had an effect on anything that took place within the FBI or at the FISC. And the presiding judge eventually concluded that Clinesmith was not “trying to achieve” anything improper, that he actually believed what he had written, and that he was merely “saving himself some work” by altering the email in question.

This is not to excuse the conduct — Clinesmith took full responsibility for it when he pled guilty — but it was blown wildly out of proportion by Durham’s prosecutors and many right-wing commentators. In a less politically charged context, there is a very good chance that Clinesmith, who ultimately received probation, never would have been prosecuted to begin with.

The indictment of Sussmann appears to reflect a similarly questionable exercise of prosecutorial discretion.

Sussmann is charged with lying during a September 2016 meeting with Jim Baker, the FBI’s general counsel at the time, while he urged Baker to investigate whether Trump’s company had maintained a secret computer server to communicate with a Russian bank. The indictment alleges that Sussmann “stated falsely that he was not acting on behalf of any client” and “was conveying the allegations as a good citizen” when, in fact, he was doing so as part of his law firm’s work for the Clinton campaign.

This could have been laid out in a few pages, but Durham’s team produced a 27-page indictment that suggests that what really offended them was the way in which the underlying technical analysis that Sussmann provided Baker was prepared and disseminated at the time. The indictment essentially alleges that the Clinton campaign used its lawyers to push a technical analysis to both the FBI and the media that had been prepared by people who knew that it was garbage, and that they did this in order to promote the “narrative” that Trump had shady ties to Russia.

The not-so-subtle implication is that Sussmann himself knew that the analysis was junk even as he pushed the FBI to investigate, but the indictment does not actually come out and say so. It may have been difficult for prosecutors to definitively establish this one way or the other since Sussmann’s communications on this point may have been privileged. This appears to have left Durham’s team with Sussmann’s alleged misrepresentation about who he was representing when he met with Baker.

Even on that narrow theory, the case against Sussmann suffers from some significant problems. For one thing, it is far from clear that the alleged misrepresentation even took place: Baker attended the meeting alone and later gave testimony to Congress about what Sussmann said that is arguably inconsistent with the indictment. Also, the legal threshold for materiality is very favorable to the government, but as a practical matter it is hard to believe that the alleged misrepresentation mattered much, particularly since the bureau appears to have known that Sussmann and his firm worked on behalf of the Democratic Party and the Clintons. The case was also filed in D.C. — not exactly a Trump-friendly jurisdiction — so it is not hard to envision a jury acquitting Sussmann if he takes the case to trial, which further suggests the indictment may have been meant more for the court of public opinion than anything else.

All of this has had the distinct appearance of an effort on the part of Durham’s team to scapegoat Sussmann for potentially unseemly conduct on the part of the Clinton campaign that they are not prepared to criminally charge — and that they may never be able to charge — in much the same way that they forced Clinesmith to shoulder public responsibility for the Page surveillance. It remains to be seen whether the latest subpoena to Sussmann’s firm will actually turn anything up, but at least from the outside, the effort looks suspiciously like a proverbial fishing expedition. These concerns were further compounded on Thursday, when both CNN and the New York Times published stories that suggested that the allegations in the Sussmann indictment concerning the technical analysis were based on a highly selective — and arguably disingenuous — characterization of relevant emails.

It is possible that Durham’s team may have uncovered a legitimate media and political scandal — assuming that the Clinton campaign did use Sussmann to provide the FBI with a shoddy analysis whose principal purpose was to instigate a federal investigation that might discredit Trump in the days before the election, while some journalists were, at best, too credulous of political operatives — but even so, Durham is not supposed to be a taxpayer-funded media ombudsman or political reporter. If he wants to air out supposed facts that he believes are of legitimate public concern — but that are of questionable relevance to an actual criminal prosecution — he can put them in the public report that he is supposed to produce, and the public can weigh them accordingly.

In the two-and-a-half years and millions of dollars spent since his investigation began, Durham has yet to identify any misconduct of real consequence within the FBI. We find ourselves in the surreal position of having an ongoing criminal investigation concerning the 2016 election, while, at the same time, the DOJ under Garland appears to be sitting idly by as information continues to accumulate that provides further reason to investigate the conduct of Trump himself in the wake of the 2020 election.