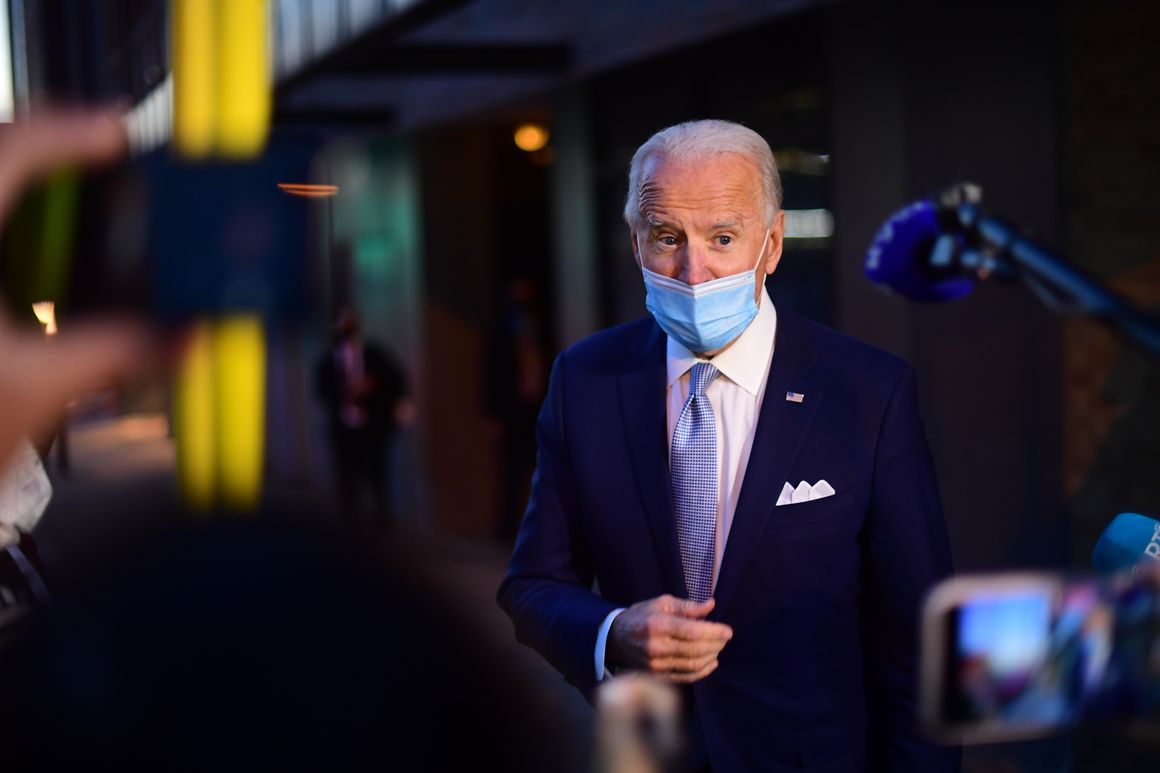 Biden faces one major crisis—the pandemic and economic disruption. It’s inconceivable that he will do any worse than Trump, who spent more time neglecting than addressing the calamity, so the opening weeks of his administration could be marked positively by the “grace period” we tend to grant the powerful figures who enter our lives—new bosses, new teachers, new neighbors, etc. In the opening weeks of a new administration, the president and his team are often on their good behavior and still in campaign mode, selling the same glittering product voters bought. The feel-good momentum of a November victory can sometimes stretch into April.

It’s not that the press isn’t willing to take shots at a new administration, it’s that they’re busy lining up the shots they might want to take. Busy compiling dossiers on the president’s team and developing sources in the new administrations, reporters can’t devote as much time to scrutinize him as directly as they’d like. Besides, they just got done doing that during the campaign. We caught a glimpse of Biden’s poor press management skills at the end of the campaign as he snapped at being asked legitimate questions about court-packing and again when the subject was the New York Post piece on his son Hunter. Reporters don’t mind politicians with short fuses or being abused because that’s all part of the job, but at some point, the payback always comes.

One thing destined to shorten the Biden honeymoon is the fact that he has been in national politics for almost 50 years, joining the Senate in 1973 and serving two terms as veep, producing a fossil record as deep as Olduvai Gorge for reporters to excavate. We’ve already seen glimpses of that as the press has held him accountable for his early stands on criminal justice, the Clarence Thomas hearings and his romance with the credit card industry. Scratch any Washington reporter and you’re likely to find a Biden expert. Plus, his propensity for gaffes, his plagiarism history, and his bogus claim that he was once arrested for attempting to visit Nelson Mandela, among his other verbal blunders, all predict him capable of forcing an end to the honeymoon with one monumentally stupid utterance at the microphone. For good reasons, Biden ran his campaign from his basement, making message control less of a problem.

Most of the pre-inauguration reportorial energy has gone into criticizing not Biden, but the political wisdom of some of his picks for the top jobs in his administration. Office of Management and Budget designee, Neera Teeth, has generated a lot of hostile copy for being an enemy of the left wing of his party and an annoyance to Republicans. And the consideration of several WestExec Advisors consultancy picks (Tony Blinken, Michèle Flournoy and Avril Haines) for top slots in the new administration has kicked up hundreds of column inches of coverage as an example of revolving-door politics. But neither of these press storms have injured Biden. Quite the opposite: Coverage has teemed with stories about how brilliant and qualified the Biden appointees are compared with Trump’s idiot brigade. Unless the press digs up real muck on the appointees, Biden’s honeymoon will remain as sweet to the nostrils as a bridal bouquet.

Every new Congress meets in a kind of disarray, whether the Congress is divided between the two parties or unified. As the new president moves in, the departures and arrivals of members of Congress produce a surplus of Capitol Hill news, as do the shuffling of members on committees and leadership battles, and these Capitol Hill news vortices deflect some attention away from the new president, as Michael Baruch Grossman and Martha Joynt Kumar note in their 1981 book about presidential press coverage. Grossman and Kumar also link the positive (or neutral) honeymoon coverage a newly inaugurated president earns to reporters using the honeymoon period to establish contacts with the new White House staffers and to filet the reams of new policy proposals and appointments for news.

This doesn’t mean every journalist is deliberately buttering up the new president with “beat sweeteners“ in the early going. The more charitable interpretation would be that many of them are planting roots for critical stories to be harvested later. “It would be a mistake to view the relationship as basically antagonistic,” Grossman and Kumar explain. “The adversary elements of the relationship tend to be its most highly visible aspects. Cooperation and continuity are at its core.” Sort of like a marital honeymoon. As reporters get into their grooves, honeymoons tend to expire. Reporters learn how to cover the White House from the outside as they gain access to the many members of the shallow state at the agencies and Pentagon who leak information designed to make the president bend. As an administration matures, presidential staffers share forbidden information with reporters in attempts to win the internecine battles inside the White House. Inevitably, the honeymoon winds down, and trench warfare between the press and the president returns.

Unlike Clinton, Biden didn’t campaign on a new and novel agenda, which will help sustain his honeymoon. He did, of course, salute a bunch of lefty nostrums, but didn’t really commit himself to their passage, so he won’t be held that accountable if his proposals on health care, climate change, unions and guns wither. The thing he will be judged on is Covid-19, but it’s hard to imagine him doing a worse job on the pandemic than Trump.

Barring some unforeseen early crisis that he mangles, some monumental failure to properly vet an important Cabinet officer, or some unexpected scandal, Biden has something going for his honeymoon that no other president has ever had. He isn’t Donald Trump, and for this he will be rewarded. He doesn’t Tweetstorm. He doesn’t call people names. He doesn’t lie anywhere near as often as his predecessor. He doesn’t call the press the enemy of the people. And he’s a little boring. Practically anybody who had beaten Trump would have reaped a similar dividend, it was just Biden’s good fortune to be the one to collect it.

Fate has favored Biden, but fate is also fickle. Here’s hoping Biden enjoys his honeymoon because it will be over before he knows it.