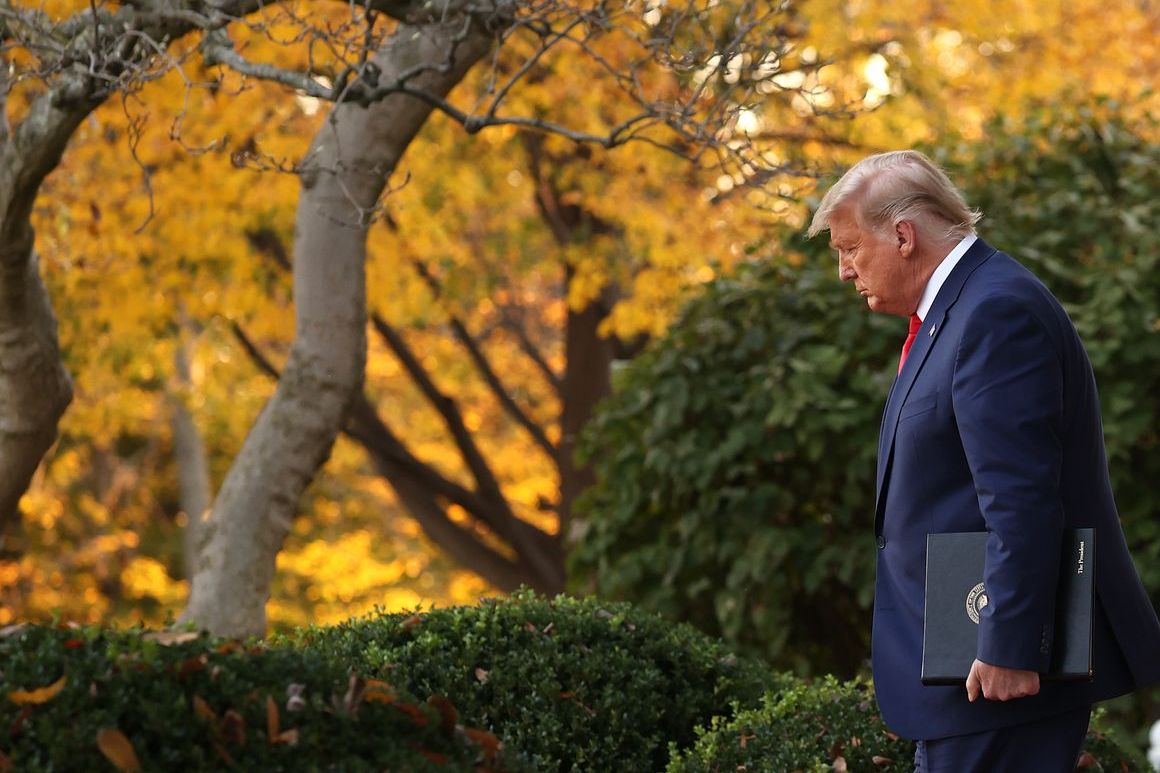 No other modern president has marshaled such constant attention over such a long period while in office as Trump, so dialing him down will be that much harder a task. So far, Trump’s Twitter following has continued its steady rise, but the press has begun to disengage.

CNN’s Anderson Cooper grappled with this during his broadcast last Friday as he said he wasn’t going to chronicle Trump’s latest campaign to reverse the true verdict of the election because “it doesn’t matter.” Continuing the kiss-off, Cooper said, “It’s done. He’s done. He’s the past,” and switched the topic to the jelling Biden administration. Washington Post political columnist Karen Tumulty expressed a similar sentiment on Sunday with this tweet: “A new era has dawned for me: I just turned off my phone notifications of @realDonaldTrump.” Their instincts were correct. The natural laws of news dictate that as more news sunshine falls on Biden by virtue of the presidential power he’s about to harvest, Trump’s world goes into eclipse. It’s not like he can set up business as the alternative president like an antipope.

Trump has always disrupted the natural laws of news, so his ex-presidency should be allowed a few exemptions. For one thing, Trump, unlike term-limited presidents or other incumbents who’ve lost, has already signaled an ongoing involvement in politics and perhaps another run in 2024. Many of his 73 million voters will still heed his messages, donate to his permanent campaign, tune in when he phones Fox & Friends, cloister in airplane hangars for his rallies, and watch him on his new TV channel if he nabs one. He is, after all, the man who enjoyed campaigning for president more than actually being president. This presupposes that Trump has a lock on the Republican attentionsphere when we know that Mike Pompeo, Nikki Haley, Mike Pence, Ted Cruz and other members of his party have presidential ambitions that won’t wait for 2028. Besides, as a big-time 2020 loser, Trump has no lock on his party’s next presidential nomination let alone a monopoly on the interest of his constituents. And who’s to say his future is that bright anyway? Defeated incumbents tend to become political roadkill. Only one, Grover Cleveland, has come back to serve nonconsecutive presidential terms.

Trump, better than anyone, should know that voters are fickle and crave novelty from his experience as the star of TV’s The Apprentice. A certified hit in its first two seasons, the show became an also-ran in its last nine as only the hard-core viewers continued to watch. Even though he knew he had an audience problem, none of his new programming twists, Celebrity Apprentice or All-Star Celebrity Apprentice, won back the masses. What attention-grabbing trick might Trump have in the bag to reclaim his political audience? He could go full-QAnon, I suppose, but seeing as QAnon adherents are already in his coalition that wouldn’t automatically buoy his profile. His current look-at-me initiative—decrying the fairness of the election—seems marked by a positive lack of imagination. He’s failed to provide any firm evidence of a stolen election outside of his arguments of assertion on Twitter. Is he blocked? Or has he exhausted his repertoire and his novelty?

Trump may have inadvertently stumbled on a way to compete in the mind-share sweepstakes during his post-presidency, although it’s not likely to attract the type of attention he covets. Denied the shield of the presidency, Trump could be the target of civil and criminal charges in state and federal courts. The drumbeat of “Trump Indicted Again” would keep him trending for a long time in his post-White House years, although I’m positive he would prefer to decline the attention.

“There is no criticism like the criticism of straightforward indifference,” Alexander Cockburn wrote in 1986. As the ritual of inauguration gathers speed, as every third word on cable news and the front pages is about Biden and Kamala Harris, as the imperial powers of the presidency change hands, and as Trump slinks off to his exile in Mar-a-Lago, Trump will feel something close to straightforward indifference as the nation finally unfollows him.

At the rate Trump is shrinking, his fingers will soon be normal size. Send “short-fingered vulgarian“ jokes to [email protected]. My email alerts say their fingers are big, it’s political columns’ fingers that have grown small. My Twitter feed wears a ring on every finger. My RSS feed, obviously enough, gives the world the finger.