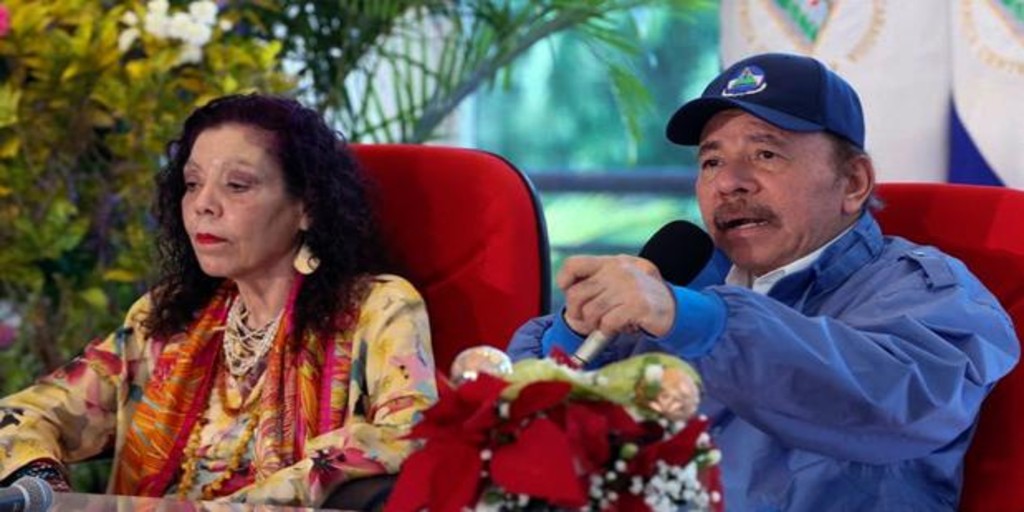 The President of Nicaragua, Daniel Ortega, on Monday he has branded the Government of Spain and the European Union “fascists and Nazis” and he has assured that for this reason the bloc “hates” the peoples who “fight for independence,” at the same time that he has accused the United States of wanting to “take over” the Central American country.

Ortega, who remains in the Presidency after the disputed elections this Sunday in which his formation, the Sandinista National Liberation Front (FSLN), has obtained “75.92 percent of the votes”According to the report of the Supreme Electoral Council, he has taken advantage of a speech in the framework of the 45th anniversary of the death of the historic Sandinista militant Carlos Fonseca to claim his “great victory.”

The Nicaraguan president has attacked the international community denouncing the “interventionist, expansionist and colonialist policy” of the United States and the “European countries”, in a rejection of their warnings about the lack of democratic guarantee in the country’s electoral process.

Thus, he has called «fascists», “Descendants of Francoism” and “Hitler’s brothers” to the Government of Spain and the European Union. “It is time for Europe to understand once and for all that in these lands, in these peoples, in these nations, that here in Nicaragua, the Nicaraguan people rule and not the European governments,” Ortega cried from the Plaza de la Revolution of Managua, the Nicaraguan capital.

“That is democracy in Europe,” he lamented, to say that in the EU “They are ruling in the fascist majority.” “And in the European Parliament the majority are fascists, Nazis, that’s why so much hatred for peoples who fight for independence,” he added, referring to Venezuela, Cuba and Bolivia, reports the media related to the Ortega Canal TN8 Nicaragua regime.

The president has also asserted that Nicaragua is “under threat and aggression from the Yankee empire” and has regretted that “regardless of who comes to the government of the United States,” it is “the military and economic powers that decide,” therefore that, in his opinion, there is “so much war” and “so much tragedy.”

“Nicaragua has had to confront the Yankee troops directly, not because we want war with them, but because they have wanted to take over Nicaragua,” he continued, to target opposition politicians detained in the framework of the electoral campaign.

Specifically, Ortega has branded these as “Sell Homelands” and “Sons of Bitches of Yankee Imperialism” that “they invited the Yankee troops” to the country because “they wanted them to invade Nicaragua and”. “Those who are imprisoned (…) should be taken there, to the United States, because those are not Nicaraguans, they stopped being Nicaraguans a long time ago, they have no country,” he added about the imprisoned opposition leaders.

Continuing with his criticisms of the North American country, he has insisted that any president of the United States, “be he a democrat or a republican,” “always came to oppress Nicaragua,” but “always met the resistance” of the Nicaraguan people.

Likewise, he has referred to the current tenant of the White House, Joe Biden, who, in Ortega’s opinion, “Should be ashamed” and “apologize” for the “crimes” committed by Washington “in Nicaragua, Latin America and in the world.”

“The United States was condemned by the International Court of Justice (ICJ) and according to international law, according to the laws, it is obliged to compensate Nicaragua, instead of attacking,” he added, to reiterate that “if there is someone who should to be submitted to the International Criminal Court (ICC) is the North American State that has been putting these crimes into practice (…) against the peoples of the world ».

In this context, he has assured that Nicaragua will “never again” be “A gringo colonel” or “gringo military counting the votes” in the Supreme Electoral Council.

“We demand from the powers that continually threaten us, that threaten the whole world, that this is a country of peace,” Ortega demanded at the end of a speech that concluded by highlighting that he will work “for reconciliation.”

The elections have been marked by arbitrary arrests of activists and journalists, among other acts of harassment, coercion and political violence. In addition, freedom of the press was also in the government’s sights and the media have denounced restrictions and obstacles in the exercise of their work.

Given this, the EU has demanded that the president – who begins his new term in January 2022 – “return sovereignty” to the Nicaraguan people, as well as threatening broader sanctions, like the United States, which has condemned the “anti-democratic” elections in the Central American country.