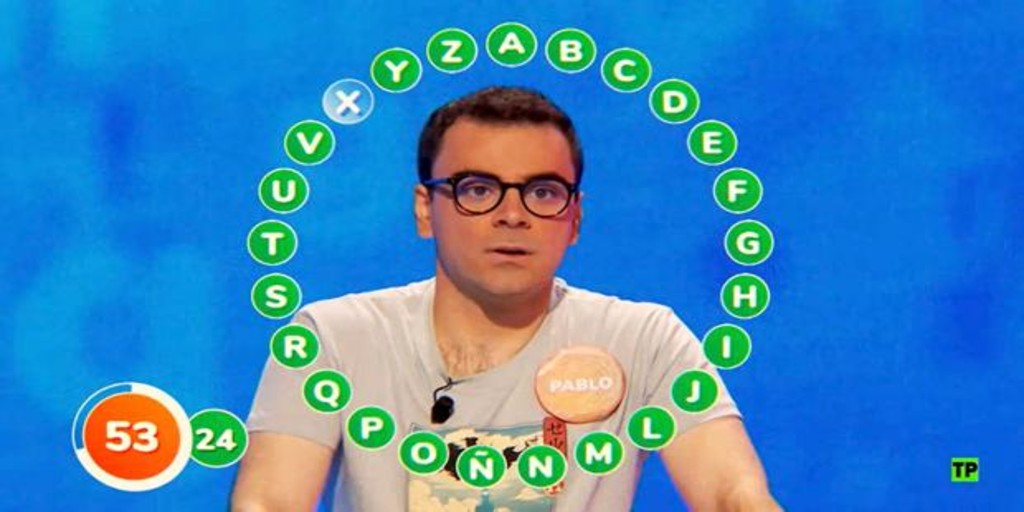 Next Thursday, July 1, has been the day chosen by Antena 3 to broadcast the historic program of ‘Pasapalabra’ in which Pablo Díaz will win the long-awaited jackpot of 1.8 million euros. The amount, which is added to the more than 200,000 euros that the Tenerife-born has accumulated in the contestwill give the violinist a total of two million euros for completing a ‘Rosco’ that has been resisting him for a year and in which, according to his last rivals, Díaz has not had it easy.

Antena 3 accumulates experience in delivering millionaire jackpots. The chain went down in television history in 2019, when it gave ‘Los lobos’ an award of 4.130.0000 euros. The advantageous group of contestants formed by Manu, Alberto, Erundino and Valentín He added this money to all that he had already obtained in his journey through the program and, in total, he took 6.689.700 euros, the largest award in television history. Before ‘Los lobos’, ‘Boom!’ it already held the title of the Spanish television program that had delivered the highest award. They took him «Los RockCampers», a group made up of five friends that managed to endure 60 programs in 2016 and that earned 2.3 million euros.

On the podium of ‘Pasapalabra’

‘Pasapalabra’ has not fallen short in the art of awarding millionaire prizes either. Before Christian Gálvez assumed command of the program on Telecinco, Jaime Cantizano presented what is today the highest prize in the history of the contest and who has his own name: Eduardo Benito, who won 2,190,000 thanks to ‘El Rosco’. Before that award, the highest jackpot in the program was 1,023,000 euros, which was won in 2004 by the Aartistic Heritage technician Manuel Romero.

If he takes the pot this Thursday, Pablo Díaz will not exceed Eduardo Benito’s record, but he will become one of the contestants who has taken the most money in the veteran program. Díaz will occupy the podium with David Leo, who won 1,866,000 euros, and Juan Pedro Gómez, who solved a life touched by the crisis with 1.674.000 euros. In the ranking of honor is also Paz Herrera, one of the most charismatic contestants of the ‘Pasapalabra’ stage on Telecinco and who, after a long career in Christian Gálvez’s program, managed to win a prize of 1,310,000 euros. The last winning face of the program, also on Telecinco, has been
Fran González, who obtained 1,542,000 euros shortly before Antena 3 took over the rights to the star program in the afternoons.

After ‘Pasapalabra’ and ‘Boom’, just ‘The EuroMillion game’, Presented by Paula Vázquez on Telecinco, it has reached the figure of one million euros in prizes. It happened in 2001 and its winner, María, did not have to study or prepare conscientiously to get the money, but it was chance that played in her favor:

‘Who wants to be a millionaire?’

For the posterity of the world of contests there will also be Enrique Chicote, the only winner of ‘Who wants to be a millionaire?’, presented on Telecinco by Carlos Sobera. Although the prize obtained by Chicote does not overshadow those who today manage the current contests —300,000 euros— the call he made to his wife to announce that he had become a millionaire will remain for posterity:

Antena 3 will celebrate this Thursday the night of ‘Pasapalabra’. Roberto Leal’s program will double its broadcast and viewers will be able to see, in addition to the usual delivery at 8:00 p.m., another at 10:00 p.m., a strategy similar to that followed by the chain with ‘Boom’, which gave ‘Los Lobos ‘the jackpot in prime time and in front of more than four million viewers, a figure that Atresmedia intends to surpass with its most famous contestant.