“Parents share the same pain as the driver, they don’t hold a grudge against her” 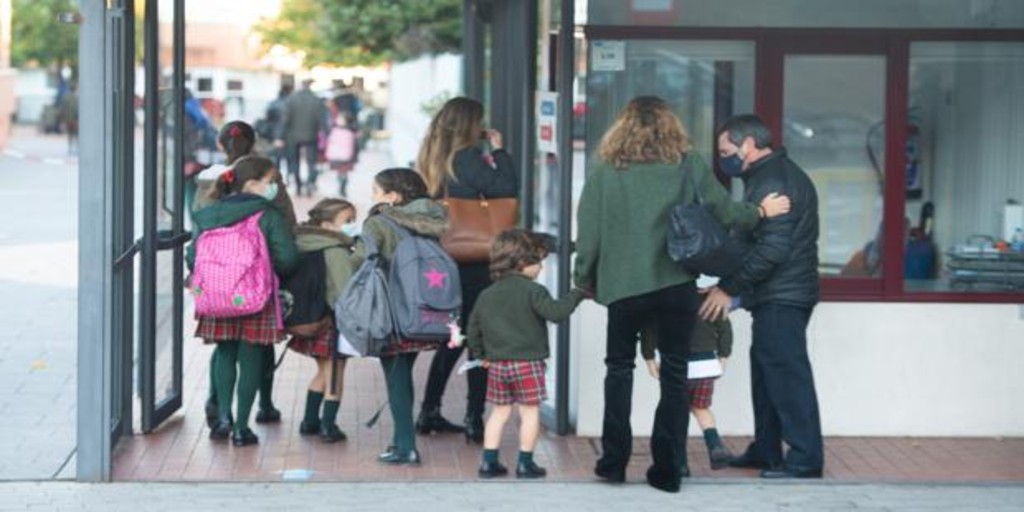 The basketball courts of the Montealto Development School, in Mirasierra, this Tuesday morning have become a kind of makeshift church. Before mid-morning, parents and students began to parade down La Masó street, in the Fuencarral-El Pardo district, to get hold of one of the chairs installed outside and to remember, at a mass in his honor, to María RC, the five-year-old student who lost her life last Thursday in an unfortunate traffic accident. «We did not imagine that it would be so massive», One of the parents who attended tells ABC. «The courts had to be fitted out due to the Influx of people, since the auditorium is smaller. It was all full, ”continues the parent.

The homily was intended for Mary, but also for the other three families affected by the event: that of the other two girls who were injured and that of the driver, a mother who was going to pick up her children from the center. Álex and María, parents of the deceased little girl, were present at the event; as well as the driver and her husband. «The objective was support and give love both to María’s parents and to the rest of the families. It has lasted an hour, with eight priests and three others confessing. Among them has been the chaplain from the school, which gave the girl the extreme unction, “say the assistants. In which the school choir has also performed, made up mainly of teachers and former students.

«Maria’s parents are extraordinary people. They have always helped others, they are always willing to offer themselves. That means that now they are receiving so much love from the rest of the families, ”says one of the parents. «María, the driver, has a very complicated psychological burden because of what happened, but nowhere is she going to receive more love than here, ”he continues. “Everyone’s reaction to her has been great, no one blames her, but above all that of the girl’s parents. That is the one that has the most merit. At all times, to the extent that they have been able, they share the same pain with her, without any resentment, ”says this acquaintance of the families, with several children studying at the center. «María, the driver, what she says is that she feelsstroke by the Virgin, that it is She who is helping him and transferring the support, the embrace and the prayers of all the families “, he explains, and emphasizes that in Montealto everyone agrees that the event was an” accident “and that” the best The way to spend it is to be together »and continue to support each other.

The tragedy that occurred only five days ago is being treated with total discretion in the middle. Another parent, with a son enrolled in what was Maria’s class, affirms that on Friday, the day after the accident, the children did not face the typical school day. «They attended school, but the teacher received them from manera indivudal, trying to explain what happened. They were painting in memory of Mary and they prayed for her ”, says this father. Yesterday, in the WhatsApp group of the class, they received an unexpected message: a thank-you letter that the parents of the deceased student had asked the management and teachers to disclose. «It is an incredible example. We are proud to belong to a school where these values ​​are taught, ”he adds.

In the letter, Álex and María claim to be “overwhelmed” by all the expressions of affection. We are in our cave, trying to heal each other. We do not know even the hundredth part of what you are praying, “begins the text, in which they give thanks for the prayers and messages received” full of love and faith.

In the letter, they ask that they continue to pray for their daughter, but also for the two girls who were injured and for the mother who was driving. “She is the one who has had, in our opinion, the worst drink of the accident. Once again we repeat that I know abandon in the Lord to realize that he is not to blame ”, are the words that the parents of the mortal victim dedicate to him. They say that their daughter ‘Mariquilla’, as they called her, “is enjoying herself more than ever in heaven because she was a joy” and they are grateful for the deployment and work of Samur, Police and Firefighters.