Pelosi to secure nomination to lead Dems amid narrow majority 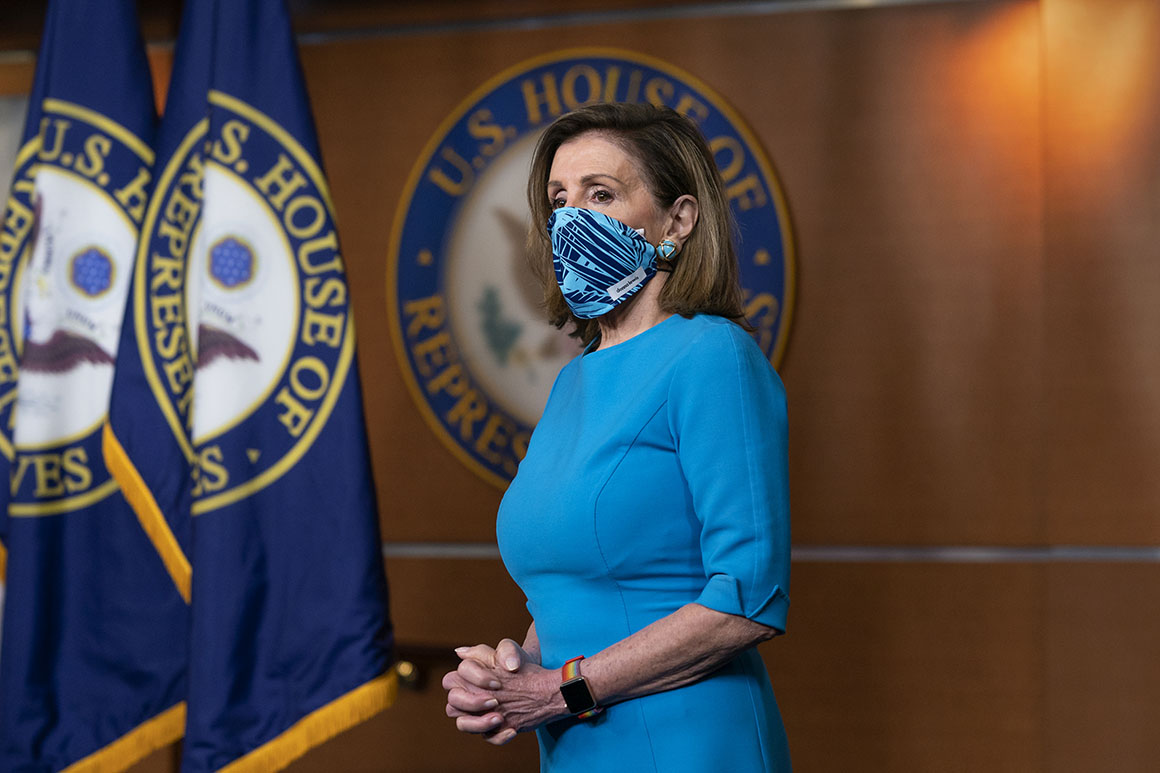 The appointment of the upper ranks of Democratic leadership hasn’t been without some private grumbling, particularly after the caucus’s unexpected string of losses on Nov. 3 shrunk its majority to its smallest in two decades. The slim majority could pose limits on Pelosi’s and President-elect Joe Biden’s legislative agenda, and raises concerns among Democrats about keeping control of the House in 2022.

Pelosi, 80, and Hoyer, 81, have led the Democratic Caucus for nearly two decades — with the 80-year-old Clyburn elevated to whip in 2007 after Democrats won the majority — leading some lawmakers to reignite calls for a transition plan to a younger cadre of leaders.

Some Democrats have openly wondered if Pelosi still plans to step down in two years, a pledge she made in 2018 in order to win the speakership for a second time. In recent weeks, Pelosi has refused to entertain the question when asked by reporters.

Despite the complaints, no other lawmakers stepped forward to challenge the three House leaders for their positions.

“Nancy Pelosi is a legendary speaker. One of the best who’s ever done it, ever, in the history of the republic. She certainly has my strong support,” House Democratic Caucus Chair Hakeem Jeffries (D-N.Y.) — who is often mentioned as a possible successor to Pelosi — told reporters.

“Whatever happens in the future is going to happen,” he added. “During the Trump era, we’ve just been all trying to get to tomorrow. Now, we’re trying to get to Jan. 20 and it will be a new day in America.”

The caucus is expected to run through its four uncontested positions on Wednesday, including Jeffries’ post as caucus chair as well as the top three roles. The process is still expected to take hours, with each candidate using their speech to virtually address the caucus for one of the first times since the House returned from its campaigning period. Members will then cast their ballots remotely using an iPhone app.

The competitive races will likely be held on Thursday, including the two high-profile contests: assistant speaker and caucus vice chair. Reps. Katherine Clark (D-Mass.) and David Cicilline (D-R.I.) are vying for the No. 4 position of assistant speaker, while Reps. Robin Kelly (D-Ill.) and Pete Aguilar (D-Calif.) contend for vice chair.

Democratic officials have scrambled in recent weeks to set up an entirely remote voting process for members, eager to avoid any kind of in-person gathering amid soaring coronavirus cases both in D.C. and across the country. This is in contrast to House Republicans, who conducted their leadership elections in-person at a D.C. hotel Tuesday after receiving a special waiver from the city.

Jeffries and his team ultimately designed an encrypted app to be automatically downloaded on member’s iPhones, which will keep each lawmaker’s vote secret even to the vote counters.

Some complications did arise. For instance, not every member uses their House-issued phone, and some needed one shipped to them overnight. But by Wednesday — after several rounds of test votes — lawmakers and aides were confident that every member would be able to cast their vote successfully.

Few seats at Pelosi’s leadership table are expected to change next year, since Clark and Cicilline — running for the No. 4 position — already belong to that group.

Kelly would be the first Black woman elected to leadership since Shirley Chisholm in 1977. Aguilar would be the highest-ranking Latino, after Rep. Ben Ray Luján’s (D-N.M.) election to the Senate this month.

Democrats will need to decide one more leadership post in the coming weeks: the chair of the Democratic Congressional Campaign Committee. The race for DCCC chief has become one of the House’s closest-watched contests since Rep. Cheri Bustos opted not to seek a second term this month following the party’s disappointing election results.

Democrats will vote on the DCCC race as well as a slate of committee chairs when the House returns after Thanksgiving break.