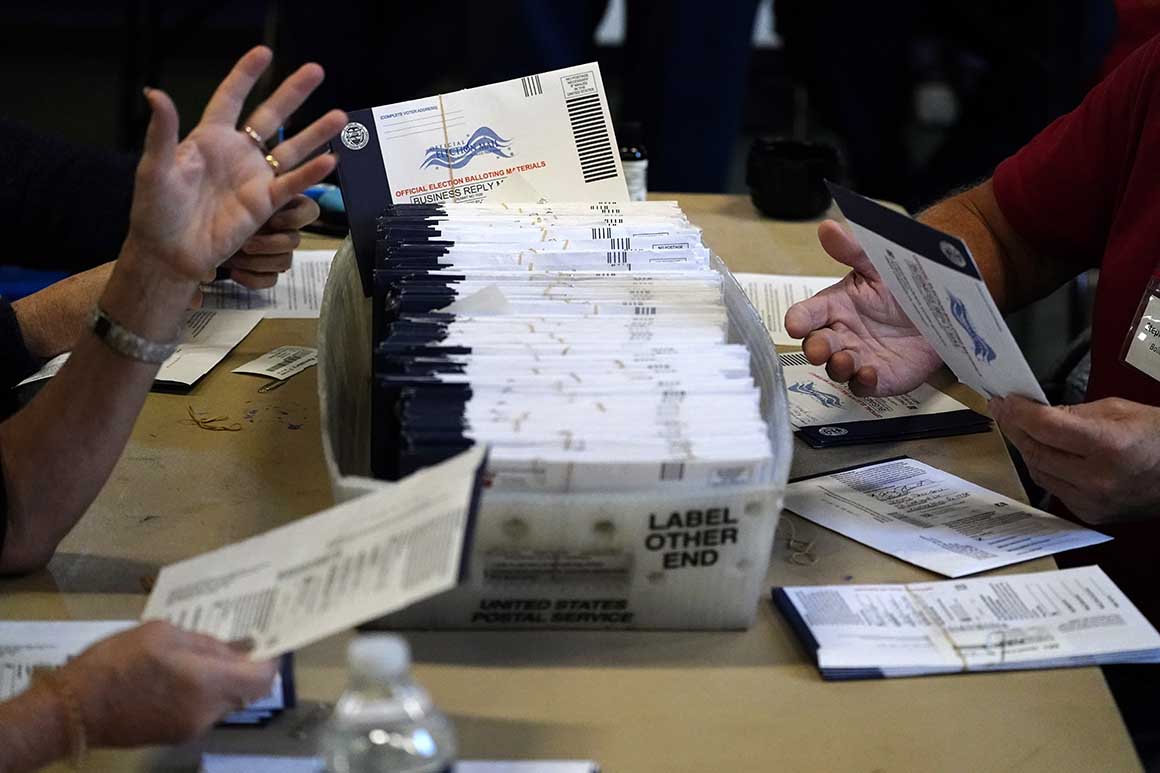 Those figures have shrunk somewhat in recent weeks as the president’s legal challenges have been dealt a string of defeats in court and state legislatures — including a number of scathing rebukes in the form of court decisions — and as the transition effort to carry out a transfer of power has commenced. About 24 percent of respondents said overturning the presidential election was either “very” or “somewhat” likely in a Nov. 17 survey that asked the same question.

Congressional Republicans have largely stood by Trump as he pursues his claims that the election was illegitimately conducted in order to benefit Biden. Their response has been to the dismay of Republican elected officials in states like Georgia, Michigan and Arizona who have defended the integrity of their elections in spite of a torrent of criticism from the president and his supporters, and who have thus far rebuffed Trump’s attempts to reverse Biden’s victories there.

Tuesday’s poll coincides with the “safe harbor” deadline for the presidential election, the statutory date for states to conclude any disputes over the results ahead of the Electoral College vote next week. The Trump campaign, however, remains undeterred and has vowed to press on, in hopes of bringing the issue before the U.S. Supreme Court.

“You can’t steal hundreds of thousands of votes; you can’t have fraud and deception” Trump said at an unrelated event on Tuesday.

Only a slim majority of those surveyed, 53 percent, said the Nov. 3 presidential contest was “free and fair,” versus 32 percent who said it was not, including 55 percent of Republicans queried. Of those who did not believe the election was held fairly, 86 percent thought Biden was the beneficiary of the imbalance.

The POLITICO/Morning Consult poll was conducted Dec. 4-7 and surveyed 1,995 registered voters. It has a margin of sampling error of plus or minus 2 percentage points.

Morning Consult is a global data intelligence company, delivering insights on what people think in real time by surveying tens of thousands across the globe every single day. More details on the poll and its methodology can be found in these two documents: Toplines | Crosstabs