Pollution has a multiplier effect on the risk of depression 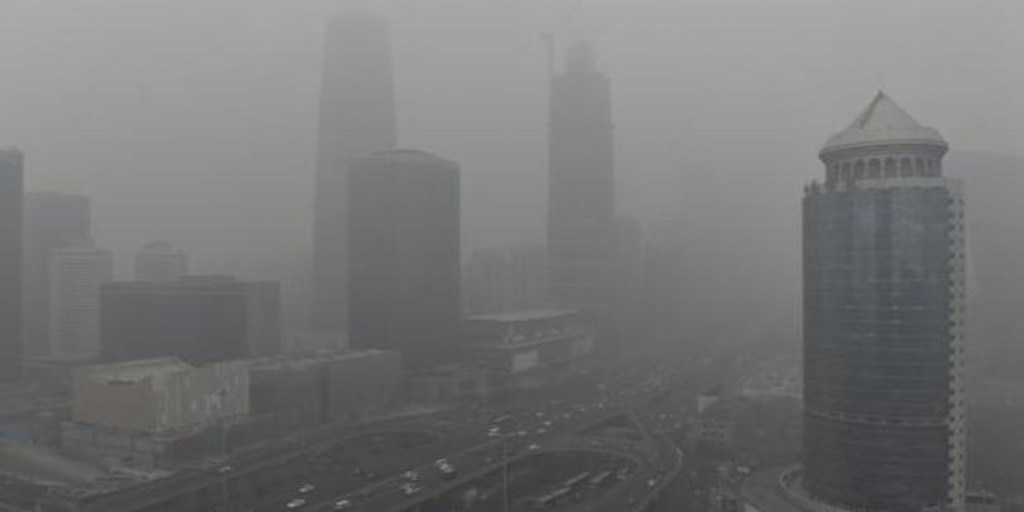 In case there weren’t enough reasons to fight climate change now, a study published in “PNAS” affirms that air pollution not only affects the planet, it also affects the functioning of our brain.

Research has seen that high particulate air pollution in people with a genetic predisposition to depression combined with exposure to pollution increases the risk of this disease in people.

According to a published study «PNAS» and developed by neuroscientists of the
Lieber Institute for Brain Development (LIBD), at
Campus Médico Johns Hopkins, and the
Peking University in Beijing, China.

“The conclusion of this research is that air pollution not only affects climate change, it also affects the functioning of your brain,” warns Daniel R. Weinberger of the University’s Lieber Institute for Brain Development.
Johns Hopkins (EE.UU.) and co-author of the study.

“The effects on liability for depression may just be the tip of the iceberg when it comes to brain health. The main challenge in today’s medicine is a deeper understanding of how genes and the environment interact with each other. This study sheds some light to understand this relationship.

The research, in which researchers from the
Peking University (China), lists scientific data on air pollution, neuroimaging, brain gene expression, and additional data collected from an international genetic consortium of more than 40 countries.

“The key message of this still-unpublished study is that air pollution is affecting important cognitive and emotional circuits in the brain by changing the expression of genes that lead to depression,” explains Hao Yang Tan, who led the research in collaboration with
Peking University.

“There will be more and more people living in highly polluted areas who may become depressed because their genes and the pollution in their environment, by interacting, increase the individual effects of each one.”

All people have a certain propensity to develop depression, say the researchers, but some have a higher risk written in their genes. This predisposition does not mean that a person will develop depression, but it increases a person’s risk above the population average.

Now this new research shows that depression is much more likely to develop in humans, currently healthy, but carrying key genes and living in environments with high levels of airborne particles.

“Our results are the first to show a direct neurological link between air pollution and how the brain functions in processing cognitive and emotional information and at risk of depression,” says Zhi Li, lead author of the study.

The study recruited 352 healthy adults living in Beijing, a city with very high daily pollution levels. Participants underwent genotyping from which the researchers calculated each person’s polygenic depression risk score – the mathematical probability that a person will suffer from depression based solely on genes.

Subsequently, they collected detailed information on each participant’s relative exposure to air pollution over a previous six-month period.

The participants then took a series of simple cognitive tests while undergoing functional magnetic resonance imaging (fMRI) that show which parts of the brain were activated during cognitive processing.

While taking the tests they were also subjected to social stress (unexpected negative feedback on their performance), which affected the functioning of a wide network of brain circuits during the tests.

Finally, the researchers showed that this brain network was disproportionately degraded by the combination of depression genes and the relative degree of exposure to air pollution.

To directly examine how depression genes functioned in the human brain, the researchers examined data from a postmortem human brain tissue gene atlas. They then mapped postmortem brain networks to the same networks in living subjects to test whether those genes support the effects of air pollution.

Using that sophisticated model, the team discovered people who had a high chance of suffering from it.

According to the authors of this paper, their data has implications for policy makers around the world. The role of air pollution in the brain is no longer a matter of guesswork.

“Armed with this knowledge, leaders and public health officials around the world have evidence that pollution controls will lead to better cognitive function and lower rates of depression, especially in densely populated urban areas where air pollution it is higher and socioeconomic stress and racial inequalities are greater, Tan concludes.