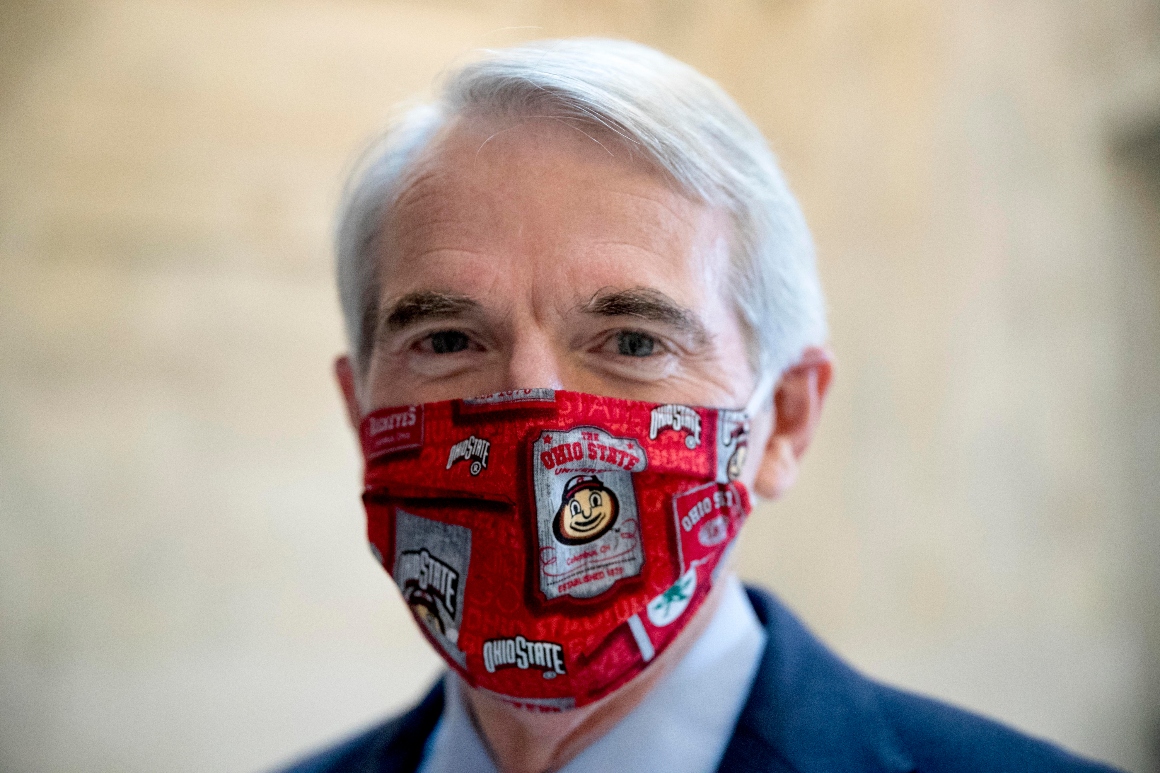 Portman so far is the only senator to announce participation in a clinical trial for a Covid-19 vaccine. The 64-year-old lawmaker said he hopes the disclosure will help tamp down the partisan fighting that’s surrounded development of Covid-19 vaccines and threatens to undermine the best chance at bringing an end to the pandemic.

Public confidence in a coronavirus vaccine has been declining throughout the year, according to polls conducted before this month’s promising news about candidates from Moderna and Pfizer-BioNTech. Half of Americans last month said they would not get the coronavirus shot, down from two-thirds this summer, according to Gallup polling.

Portman called the Gallup poll “very concerning,” calling out politicians for creating distrust — without identifying those he believes has fueled the public’s hesitancy.

Both parties have said there’s plenty of blame to go around. Democrats argued President Donald Trump’s frequent suggestions that a vaccine would be ready before the election eroded confidence in the scientific process, while Trump has accused Democrats of sowing doubts about vaccine safety. Several states, largely led by Democrats, have promised to conduct their own reviews once the Food and Drug Administration green lights a shot.

Portman’s announcement comes amid a fresh burst of optimism that two vaccines could be authorized in the coming weeks. Pfizer and its German partner BioNTech last week announced early data showed their vaccine candidate was at least 90 percent effective, and Moderna on Monday said its experimental shot was over 94 percent effective.

The Cincinnati-based consulting firm running Johnson & Johnson’s trial recruited Portman during a briefing on the vaccine’s progress. Officials at the firm, CTI, told him his participation would help counteract public concerns, he said.

Portman joined the 60,000-person Phase 3 trial of Johnson & Johnson’s single-dose vaccine, receiving his shot on Nov. 5 — two days after the election. The company is also running a separate Phase 3 trial of a two-dose shot. Like other participants, Portman doesn’t know whether he received the vaccine candidate or a placebo.

Portman said he was required to keep his participation private until now to allow time to observe possible adverse effects. He said he hopes other colleagues will follow his example.

The trial Portman is participating in was paused last month after a participant got seriously ill. The company on Oct. 23 announced it would resume the trial after investigators found the illness wasn’t related to the vaccine.

Moncef Slaoui, who’s overseeing Operation Warp Speed, the interagency effort to develop coronavirus vaccines and treatments, said during a Monday interview on MSNBC he believes data on the single-shot trial will be available to regulators by the second half of January, with authorization possible by late February.

CORRECTION: A previous version of this story incorrectly stated Portman was the first member of Congress to enroll in a coronavirus vaccine trial. He is the first senator to do so.