Puigdemont is one step closer to losing his immunity 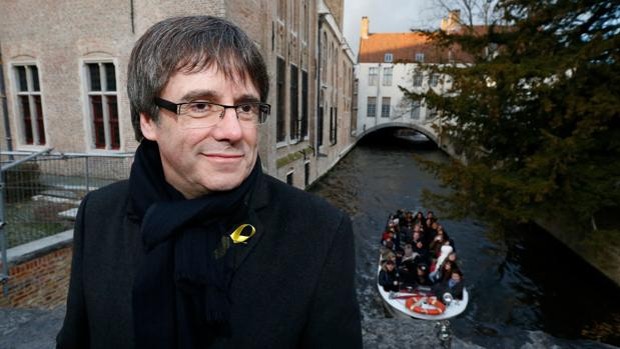 The former president of the Generalitat and fugitive from justice, Carles Puigdemont, is a little closer to having his parliamentary immunity lifted. Yesterday the formal debate was held behind closed doors in the legal affairs committee on the report on the case, which ABC has already advanced, and in which MEPs are recommended to vote in favor of lifting the immunity of the three independentistas required for the Spanish Justice: Puigdemont and those who were part of his team, Toni Comín and Clara Ponsatí, All of them elected in May 2019 members of the European Parliament because at that time they had not yet been disqualified since they have not been tried.

In view of the content of the report, it can be foreseen that in the vote to be held today in the Legal Affairs Committee (JURI) the text will be approved and the matter will reach the plenary session, predictably on March 8 to be also approved. Along with the three demanded by the Spanish justice, the same procedure is also discussed for three other members of the European Parliament, each one from a different political group: a popular (Nuno Melo, Portuguese), a socialist (the Bulgarian Elena Yoncheva) and a liberal (Valter Flego, from Croatia), which would make it very difficult for one party to abstain in the case of the Spanish and not in the others. The legal report on the case of Puigdemont and the other separatists was prepared by the conservative Bulgarian MEP Angel Dzhambazki, who shares a group with Vox and with the Flemish independentists.

The only unpredictable factor would be the attitude of the socialist group that has so far privately maintained that they will vote in favor of the report, although they have resisted openly affirming it, claiming that they did not know its content. The committee vote is scheduled for today, although according to parliamentary sources the process could be complicated to the point that the result would not be known until Wednesday morning, because there will be six votes, some members of the JURI commission participate remotely and the voting process for them is somewhat more complex. Adrián Vázquez, from Citizens, who chairs the Committee on Legal Affairs, has warned that “due to the situation we are in due to the pandemic and the hybrid voting system, it is not easy to predict when we will have the result.”

In case it is confirmed that the report has been approved in the committee, the matter will go to the plenary session so that the 705 members of the European Chamber vote in turn. If the deadlines are met, it is very likely that within a month, the three fugitives will no longer enjoy parliamentary immunity.

Issues of lifting the immunity of a member of the European Parliament are relatively frequent in this institution and are almost always resolved expeditiously. In the case of Puigdemont, if he ceases to enjoy this privilege, the way will be opened again to comply with the European arrest warrants, which means that the discussion will return to the hands of the Belgian Justice to determine whether to hand them over to the Spanish Justice . So far his attorneys have been successful in hindering this process.