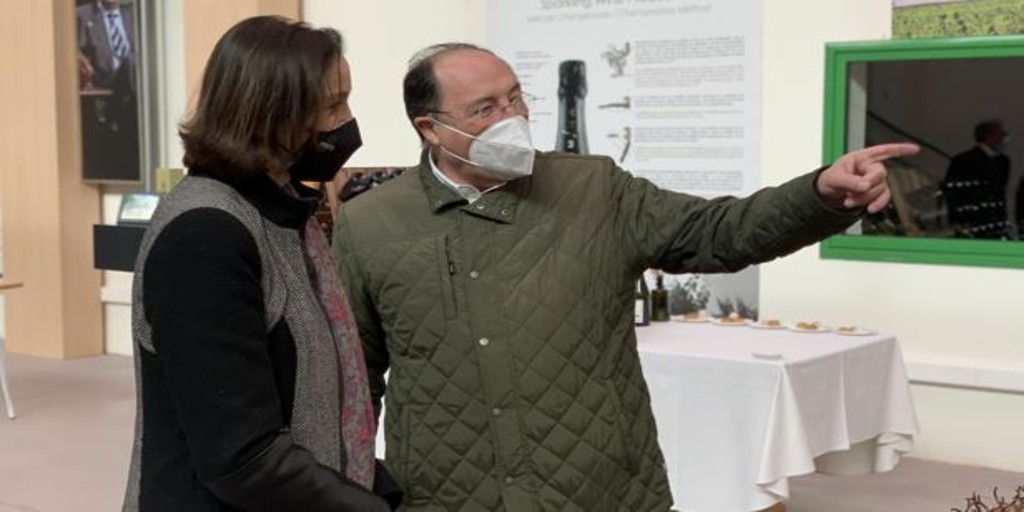 The Minister of Industry, Commerce and Tourism of the Government of Spain, Reyes Maroto, has visited this Monday the Emina winery and the Oliduero oil mill, located in the Valladolid town of Medina del Campo, qualifying the wine company as «an example of a company committed to sustainability, generating opportunities through digitization and the improvement of its competitiveness ”.

«It is a company that contributes to give visibility to the Spain Brand thanks to its values ​​and its products ”, said Maroto, who was accompanied during the visit by the president of the company, Carlos Moro, who has shown the minister the close relationship of the company with all areas of the R + D + i and digitization, after being a finalist for the National Industry Conecta 4.0 Awards for its digital transformation project.

As the company recalled in the statement sent to Ical, the Emina winery was established in 2007 in the Rueda Denomination of Origin with the aim of producing great white wines from own vineyards. This is how Emina Verdejo, Emina Sauvignon, Emina Verdejo Barrel Fermented, Emina Verdejo On Lees and Emina Sparkling Brut Nature were created.

As a result of its commitment to innovation, and after thoroughly studying the particularities of olive cultivation on the plateau, in 2014 it was built the Oliduero oil mill, the first organic mill in Castilla y León, in the Emina Rueda complex. During her visit today, the Minister of Industry thus had the opportunity to learn about how the recovery of one of the most traditional crops in Castilla y León has been carried out, giving rise to the excellent and renowned extra virgin olive oils Oliduero and Testamentary Palace.

The promotion of research and development by the company, creating two decades ago a professional department dedicated to this matter and placing it on the strategic axis with important results, research and more than a dozen patents, led it in 2016 to receive the National Research Award, in the category of Innovative Career, awarded by the Ministry of Economy and Competitiveness.

Currently, the company has new technologies in the sector such as sensors, Big Data or Artificial Intelligence. Recently, Bodega Emina has launched a leading project within the sector based on the Internet of Things or IoT (for its acronym in English) with the aim of improving energy efficiency, cost control and risk prevention.