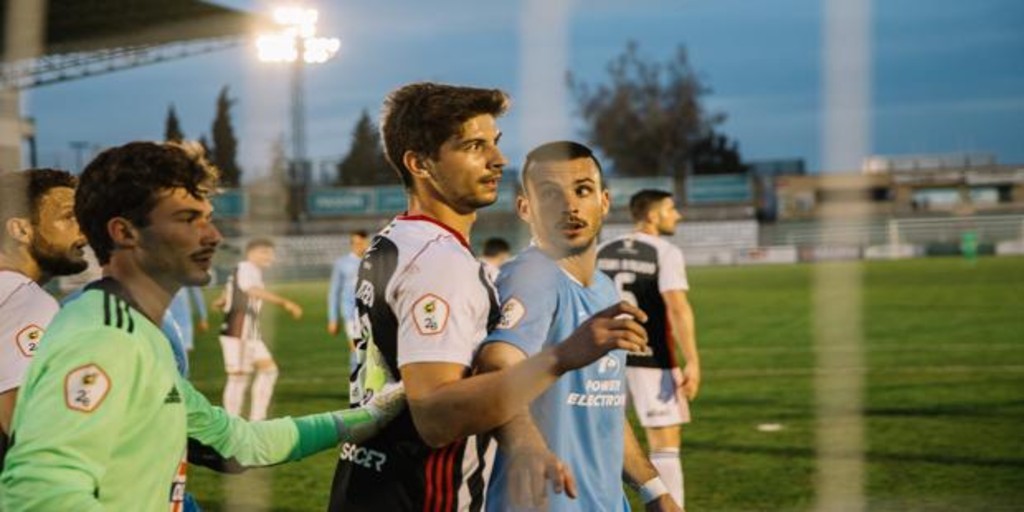 The first season in which the Second division B It is disputed with 102 teams heading the final stretch in the five groups, each one of them divided into two subgroups, of the category. This course, as approved by the Delegate Management Committee of the Spanish Football Federation, in addition to four promotion slots to the SmartBank League, the bronze division will also decide 36 of the 40 teams that will be part of the new category that will be created by the RFEF for the 2021-22 campaign, which will finally be called the RFEF First Division.

The future First Division RFEF It will be made up of 36 clubs from the current Second Division B plus the four teams that descend this year from the Smartbank League, 40 sets in total which will be divided into two groups. So far there are already four teams in the bronze category that have at least assured their presence in that new category, although they still have the possibility of fighting for promotion to the Smartbank League. In the event that they did not finally achieve the goal of making the leap to the silver echelon of Spanish football, Burgos CF (Group 1, B), UD Disaster (Group 3, B), UD San ​​Sebastián de los Reyes (Group 5, A) and CD Badajoz (Group 5, A) have at least already guaranteed their presence in that new RFEF First Division. That is, they have already ensured their continuity in the third step of football.

What will be the path that will give access to this new category? The league in Second Division B, with the 102 teams divided into five groups of twenty (two of 21), each of them divided into two subgroups, has this season a regular first phase in which the clubs face a double game ( 18 matches, 2nd in those two special cases). The clubs that are classified in the first three positions of the ten subgroups will access the Second Phase for Second division, those classified in the fourth to sixth positions will access the Second Phase for First Division RFEF (which is how the new category that the Federation will create in the 2021-22 course) and those classified from seventh to tenth place will access the Phase for Permanence in Second Division RFEF (which would be the current Second B, which will become the fourth step of Spanish football ). “The points obtained, as well as the goals, both for and against, will be carried forward to the next phase, each team beginning its specific phase with the points and goals obtained in the First Phase. In the groups of 21 teams, they have a subgroup of 10 and another of 11, the coefficient will be calculated, this being the one that is carried over to the specific phases “, clarifies the RFEF in its competition rules.

FOR THE PROMOTION TO SECOND DIVISION

The first three classified clubs in each group, in addition to the best quarter of the five groups, will later participate in the playoff for promotion to the Second Division. The 14 clubs that do not manage to access that playoff will achieve a place in the First Division RFEF which will premiere in the 2021-2022 season.

The aforementioned playoff for promotion to Second Division will be played in single-match qualifiers in a single venue designated by the RFEF, in concentration format, and will consist of two qualifying rounds in which the matches will be determined by lottery, that is, the same format used last season.

The four winning teams of the second playoff tie will be promoted to Second Division, while all the clubs participating in this playoff that do not achieve promotion (12) they will obtain a place for First Division RFEF that the 2021-2022 season will be born, in which the four teams that descend from the Second division will also play.

SECOND PHASE TO PLAY IN THE FIRST RFEF

This phase will serve to decide the other ten teams that will complete the 40 that will make up the RFEF First Division in the 2021-22 season. Clubs ranked fourth through sixth from each subgroup of ten clubs in the regular season of the League and those ranked fourth through seventh from the subgroups of eleven clubs. The competition system will be the same as that explained for the previous phase, although two groups, 2 and 3, will have eight days. The rest of the groups, 6.

The first two classified clubs (7th and 8th) from each of the groups will be promoted to the RFEF First Division (the new competition to be created by the Federation). The remaining clubs, which were not promoted, will participate in the RFEF Second Division (which will become the fourth echelon of Spanish football) in the 2021-2022 season.

Therefore, this course takes on a special importance for the Second B clubs (which next year will be called the RFEF First Division) because those who are relegated will lose two categories at once, but those who remain in it will also lose one category because the Second Next year B will become the fourth rung of Spanish football. The importance of moving up to continue in the third rung through this new category is therefore fundamental for the teams in the current bronze division.