seven tourist routes to travel through the history of Aragon 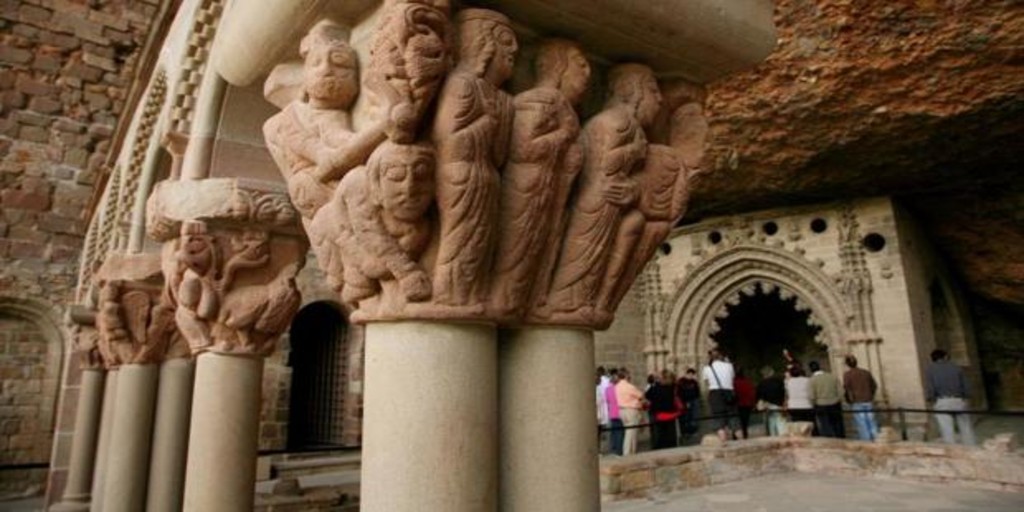 Monasteries in which the Middle Ages was trapped in its walls, castles that testify to the times of the Reconquest, corners of the Pyrenees in which the kingdom that centuries later would become a power of the Mediterranean was generated, the legacy of the powerful military orders, the Holy Grail … These are some of the thematic attractions that feed the seven new tourist routes that Aragon has just launched to travel through history of this land, a route that starts temporarily in the Pyrenean counties that founded the Crown of Aragon.

The Aragonese Vice President, Arturo Aliaga, and its general director of Tourism, Elena Allué, presented this Wednesday the new bet with which the Autonomous Community intends to relaunch tourism as soon as the Covid allows lifting the perimeter confinement of Aragon. At the moment, the routes look to indigenous tourism, to the Aragonese themselves. But they are designed, above all, to attract the foreign visitor who appreciates destinations with historical charm, scenic appeal and rich heritage.

Aliaga and Allué have explained that the type profile to be captured with these routes is the tourist between 35 and 65 years old, with a medium-high level of studies, which plans stays of several days and makes an average daily expenditure of between 60 and 120 euros.

The seven thematic itineraries that have been designed are the following: Route of the Military Orders, Route of the order of the Cistercian, Route of the Holy Grail, Path over Ramiro II the Monge, Route of the Kingdom of the Mallos, Route «In the footsteps of the Battler» and Route of the Crown of Aragon.

The one dedicated to the military orders dates back to the testament of King Alfonso I the Battler, who when he died divided the kingdom between the Templars, the Hospitallers and the Knights of the Holy Sepulcher. This route runs through the province of Teruel, through enclaves that had a special meaning at that time for those powerful military orders. It includes the towns of Montalbán, Alcañiz, Valderrobres, Castellote, Cantavieja, Mirambel, Mora de Rubielos and Rubielos de Mora.

For its part, the Route of the Holy Grail is based on the legend that indicates that the chalice of the Last Supper was sent by San Lorenzo de Roma to Huesca, and guarded in Aragonese lands before being transferred to the Cathedral of Valencia. This route includes the Huesca enclaves of Bailo, the emblematic Monastery of San Juan de la Peña, Jaca, San Adrián de Sasabe, Yebra de Basa, Huesca and Zaragoza capital.

The monge king, the Mallos and the Battler

The Ramiro II El Monge Route runs through Huesca capital, San Úrbez de Nocito, Tierrantona, the Royal Monastery of San Victorián, Roda de Isábena and Barbastro. That of the Kingdom of the Mallos also sits entirely in Huesca lands: Agüero, Bolea, Ayerbe and the spectacular Loarre Castle. The Route dedicated to King Alfonso I El Batallador covers spots such as the San Pedro de Siresa Monastery, the Montearagón Castle, the San Pedro el Viejo Monastery from Huesca or the Aljafería Palace from Zaragoza.

The Crown of Aragon Route

For its part, the Route of the Crown of Aragon is nourished by spaces of special historical significance, representative of the passage of several centuries from the Pyrenean counties to the Crown of Aragon. Among other enclaves, this route includes the places that belonged to the Pyrenean counties of Ribagorza and Sobrarbe, the city of Jaca and its surroundings, the regions of Somontano de Barbastro, Cinca Medio and Los Monegros.

The Aragonese vice president has highlighted that “Through these routes the weight and image of Aragon are remembered”. «We Aragonese themselves have to transmit and protect our culture and our history: we have been the Kingdom, the Crown and a key element in what the Spanish State is today, we have an identity as a people, we have mountains, valleys, natural parks, heritage and history and with This new product will disseminate the value of heritage ”, emphasizes Arturo Aliaga.