Shutdown a possibility as Rand holds up defense bill 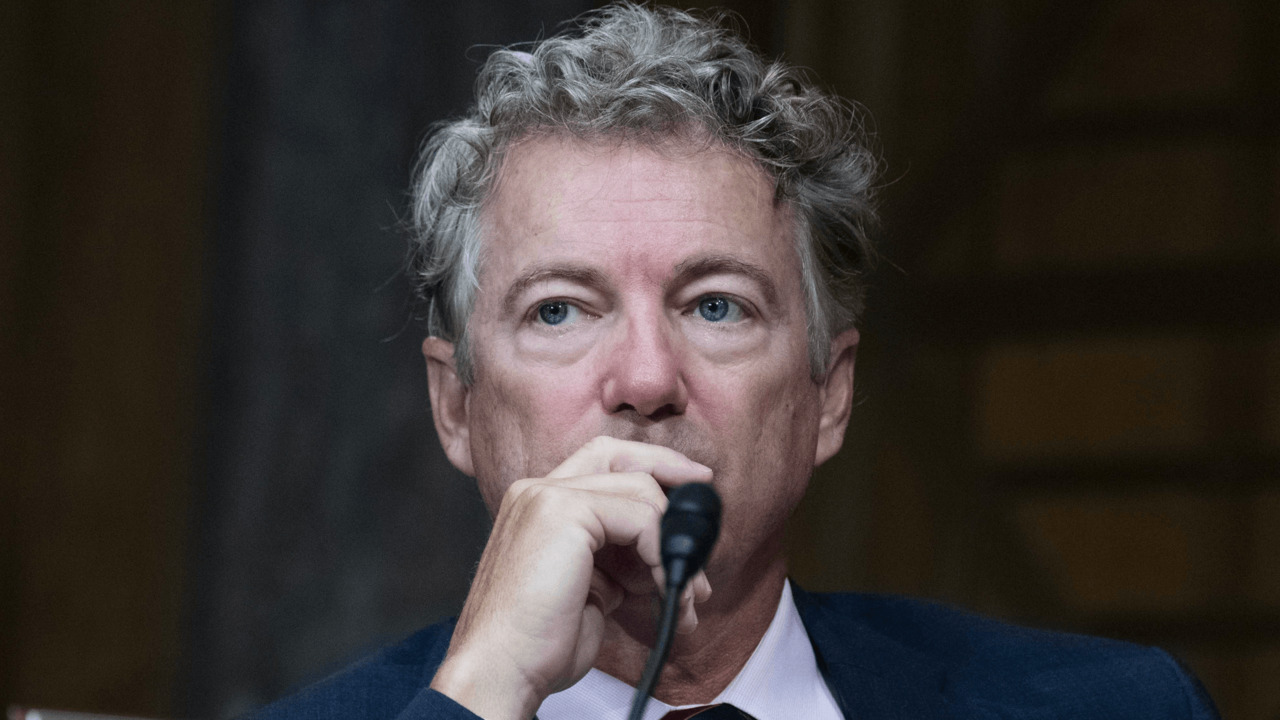 “That amendment alone is enough to make me object to it, as well as the amount of spending,” he said. Removing a provision from a conference report would destroy a massive agreement on defense spending.

Paul said he would drop his objection if GOP leaders allowed a final vote on the National Defense Authorization Act on Monday, which would require the Senate to go through the procedural motions. But Republicans are eager to finish work on it this week, in addition to a one-week government funding bill to avoid a shutdown. Paul offered to allow swift passage of the stopgap funding bill if GOP leaders punt a final NDAA vote to Monday.

“It’s really just a function at this point of letting the clock run and seeing if we can get cooperation. Some of it’s our side, some of it’s their side,” said Senate Majority Whip John Thune (R-S.D.). “If people come together we could probably wrap a couple of things up this week and then work on the big stuff — the spending bill and Covid package — next week.”

Drama on the floor ahead of a deadline is nothing new to Paul, who exerts major leverage over the Senate by seizing on imminent deadlines and pushing his priorities. Paul forced a brief shutdown in 2018 over his moves to cut spending, and using the shutdown deadline to try and get extra concessions on the defense bill is vintage Paul.

Republicans are hopeful that Paul will, at most, stretch things out right up to the Friday shutdown deadline. Asked how the Senate will deal with the logjam, Sen. John Cornyn (R-Texas) replied: “I don’t know the answer to that but I’m hopeful that it’s just a short-term thing. We’ll probably be here tomorrow. But I don’t know how much longer. I can’t imagine anybody wants [a shutdown].”

Other senators are also seeking to use the shutdown deadline to push their priorities. Conservatives want votes on legislation to prevent government shutdowns and Sen. Bernie Sanders (I-Vt.) wants a vote on new stimulus checks, Thune told reporters on Thursday afternoon.

“It is absolutely imperative that we provide $1,200 for every working-class adult and $500 for each of their children. This is what we did, unanimously, in the CARES package passed in March. This is what we must do now. Congress cannot go home until we address this crisis,” Sanders said in a statement to POLITICO.

The defense bill, which Trump has threatened to veto, passed on a veto-proof majority in the House earlier this week and is expected to win similar support in the Senate, though some Republicans may ultimately side with the president on a veto-override question.

“They believe that a president has the power to go to war anywhere anytime,” Paul said on the Senate floor of the bill’s backers. “But when a president tries to remove troops, they say ‘Oh no no. What we really want are 535 generals in Congress to tell him he can’t leave a war.’

“How absurd is that?” Paul asked.

On the floor Thursday, Majority Leader Mitch McConnell hinted the Senate could be in for a late night of debate on the must-pass bill.

“For the information of all senators, we should expect the potential for a late night tonight and the possibility of votes tomorrow,” McConnell said.

Senate Armed Services Chair Jim Inhofe (R-Okla.) lamented on Thursday that some senators always try to “benefit” from must-pass legislation, but he declined to single out Paul. Cornyn said Inhofe’s staff informed him that Paul has a hold on the defense bill.

Republicans have vowed to override the president’s veto. Congressional leaders are worried that, by seeking to delay a final vote on the defense bill, Paul is trying to make it harder for Congress to ultimately override Trump’s veto.

Unless senators can agree to speed up the consideration of the bill, a procedural vote will happen an hour after the Senate convenes on Friday. McConnell filed cloture, a procedural motion to end debate on the bill, on Wednesday. He did not do the same for the spending bill; most senators saw the one-week continuing resolution as an easy lay-up as Congress tries to negotiate a new coronavirus relief bill.

The compromise defense bill attempts to put guardrails on Trump’s swift reduction of troops from Afghanistan.

The Trump administration is forging ahead with plans to draw down to 2,500 troops in both Afghanistan and Iraq by Jan. 15.

The bill would bar the reduction of U.S. troops in Afghanistan below two key levels — 4,000, or the total number of troops on the date the bill becomes law if the number is smaller, and 2,000 — until the Pentagon provides Congress an analysis of how the drawdown would affect U.S. counterterrorism efforts, the risks to American personnel and the potential expansion of terrorist havens, among other criteria.

The provision mirrors an amendment attached to the House bill this summer by Reps. Jason Crow (D-Colo.) and Liz Cheney of Wyoming, the House Republican Conference chair and a vocal defense hawk.

Republicans and Democrats have criticized the administration’s plans to remove troops from Afghanistan a hasty move that could destabilize the country and undermine the U.S. and Afghan government’s position in negotiations with the Taliban.

Trump has threatened to veto the bill because lawmakers didn’t include an unrelated repeal of legal protections for social media companies and because the final bill would force the Pentagon to remove the names of Confederate leaders from military bases.

The White House has also staunchly opposed provisions that hinder Trump from drawing down troops from Afghanistan and Europe.